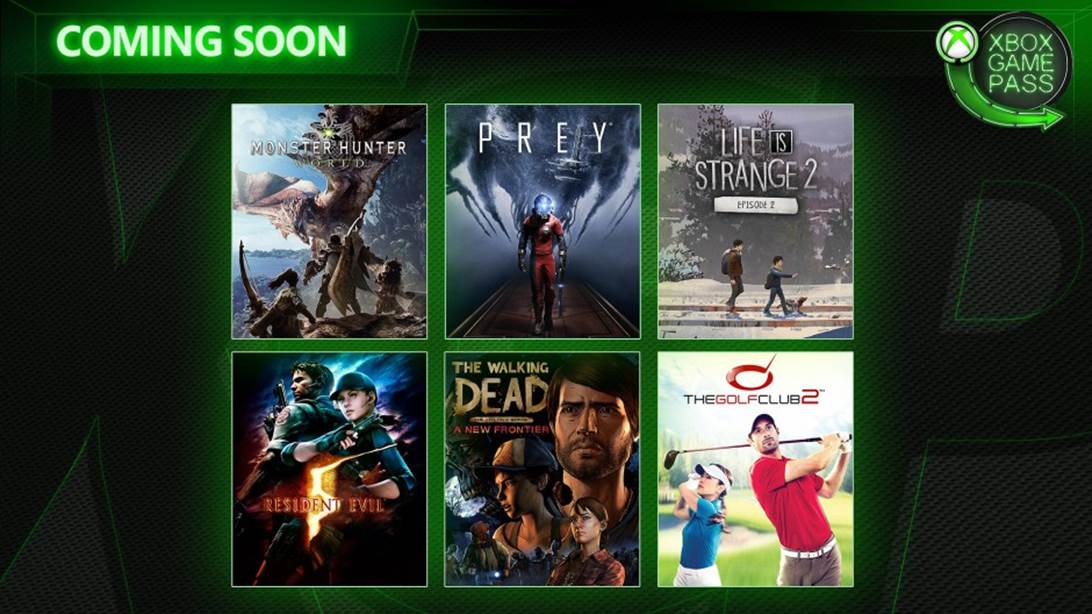 Microsoft have announced that Xbox Game Pass will be bringing you some stellar games throughout April.

Check out the list of amazing titles coming to Xbox Game Pass below.

Good morning, Morgan. Prey joins the Xbox Game Pass library tomorrow, taking you from the comfort of your home to the treacherous depths of space. As Morgan Yu, you’ll have to use your wits, weapons, and strange powers to fight the alien threat that has overtaken the Talos I space station. Explore the station, upgrade your skills and abilities, and uncover the secrets of Talos I and the dangers within.

Play a dynamic single and multi-player experience with unlimited possibilities. Take a swing on new, lush golf courses or create your very own! Intuitive and realistic swing mechanics, infinite hours of gameplay, the opportunity to become a pro, and prestigious Club Societies are in store for you in this definitive golfing experience!

Enter a living, breathing ecosystem where players become hunters who seek and slay ferocious beasts in heart-pounding battles that unfold across the vast, ever-changing terrain. You are a hunter of the Fifth Fleet, tasked with investigating the mysterious behaviors of the Elder Dragons out in the new world. As a hunter, you must use your cunning and skill to track and maneuver targets throughout intense, evolving battles. Venture solo on quests or partner with up to three other hunters online for cooperative play.

Play as Javier Garcia, disgraced former baseball star now fighting to protect those he loves in a world plagued by the undead. As humanity is pushed to a breaking point, Javier finds his fate bound to a young survivor called Clementine. Thrown into conflict with the ruthless New Frontier, they must rely on each other to survive and find the family they’ve lost. Make choices that shape the fate of those around you, engage in thrilling action scenes, and explore beautiful comic book styled environments from “The Walking Dead.”

“Run. From. Danger.” Brothers Sean and Daniel face another dangerous road during the heart of winter. As Sean continues to train Daniel’s growing telekinetic power, they’re faced with an unexpected road bump – Daniel’s gotten sick and isn’t getting any better. Still far from their destination of Mexico, the brothers have found shelter in snowy northern Oregon. Will this be the solace that finally keeps them safe? Sean’s key rule: “Hide your power” has worked for them up until now, but what happens if they’re turned over to the police?

The Umbrella Corporation and its crop of lethal viruses have been destroyed and contained, but a new, more dangerous threat has emerged — somewhere in Africa, innocent villagers are transforming into aggressive and disturbing creatures. Featuring online co-op, players can experience this Resident Evil classic as either Chris Redfield or his new partner Sheva Alomar, as the duo must work together to investigate and stop whatever is causing the disturbing turn of events.

With over 100 high-quality games and new games added all the time, Xbox Game Pass is the new way to discover your next favourite game. If you haven’t tried Xbox Game Pass,  join today and get your first month for $1.