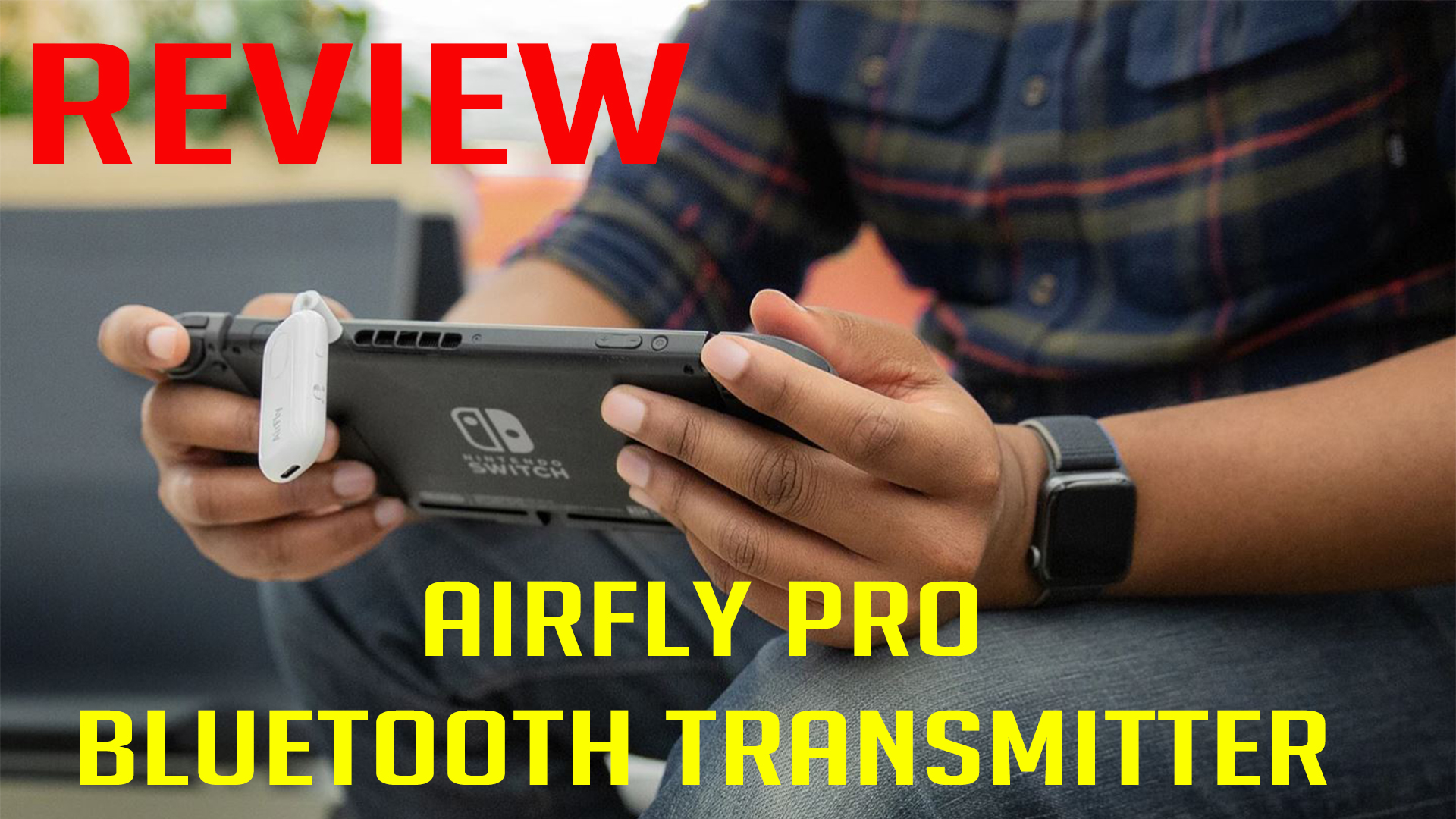 Most of the team here at MKAU are old enough to remember the days before Bluetooth. The dark days of tangled headphone cables and broken wires. Back then, wireless wasn’t an option, so we’d be stuck unraveling cables for far too long. Fortunately now, Bluetooth is a thing that exists, and even though the number of compatible products has increased drastically over the years, there are still a significant number of items that don’t support it, and while there are a few products out there that can rectify this, the majority of them will only work as a transmitter or more commonly, a receiver.

Twelve South has released the Airfly Pro, a rechargeable device that plugs into the headphone jack of your Bluetooth-lacking device and allows it to transmit to your favourite set of headphones with clear, wireless audio. This means you’ll be able to play your Switch without needing to worry about bothering anyone else, and more importantly, without getting tangled up in a set of headphones. The fun doesn’t just stop there.

With a simple flick of a switch, users can turn this awesome little device into a receiver instead. If like me, your car doesn’t support Bluetooth, this little device will do wonders, allowing you to connect your head unit to your phone as if it did. 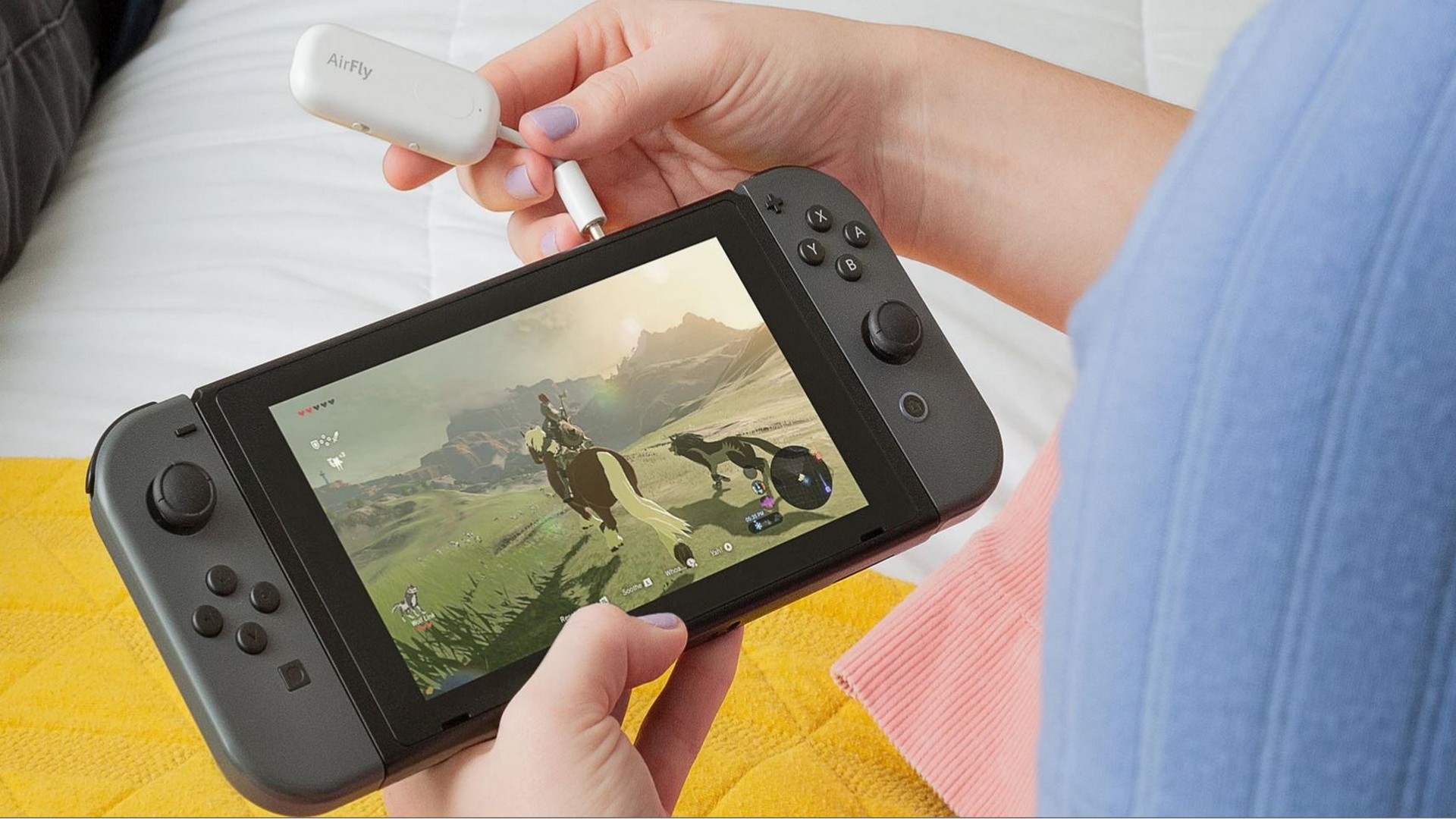 The tidy little package comes complete with the device itself, a short USB-C cable for charging, a quick start guide, manual, and a charming little carry bag that looks like it’d do an amazing job at cleaning your phone’s screen. There’s even a little cover for the 3.5mm audio plug that would attach securely to your keyring so you’ll never be without it. Set up is simple. Once you’ve completely charged the unit for two hours, holding the main oval-shaped button down for 4 seconds will put it into pairing mode, allowing you to connect your first device.

If you’re pairing a set of headphones in transmitter mode, you can then pair a second set by following the same procedure, allowing you to share your tunes with that someone special. Flicking the small switch on the side to the receiver position, you can follow the same process to connect, only with your Bluetooth compatible mobile device connecting to your non-Bluetooth speakers instead.

The only thing that really lets this unit down is that it doesn’t work for voice calls – it’s only capable of doing one job at a time, but it does this job exceptionally well. Taking only two hours to completely charge, and offering up to sixteen hours in playback, you’ll have plenty of time to listen to your favourite tunes and won’t have all that much downtime before you’re back up and running. Its small size doesn’t take up much space, tucking away nicely in your pocket or neatly dangling from your keys, this handy little device is easy to use and works incredibly well. I know this one will go with me wherever I go.

If you would like the chance to WIN one of these bay boys, head over to our GIVEAWAY before it’s too late!!!