By Kurt Frohloff on December 6, 2021 on Hardware, 2 More
Tweet
No Comments Featured Review

As I wrote this review, I noticed that I had almost systematically turned it into a AMD vs NVIDA write up, not a review about the AMD 6900XT. My intention was not to turn it into a pissing contest between these two camps, but if I was about to lay down some serious coin for a video card that has no “try-before-you-buy” deal, then I think there is no choice but to compare the champion GPU from each camp to one-another. Anyhoo, moving on…..

In case you didn’t know, there is a war currently raging on. It has been raging for decades. PC & game enthusiasts will know what I am talking about… It is the war of AMD vs The World! Well, versus Intel & Nvidia at least.

I would hazard a guess that if a random one-thousand or so of the younger generation of PC gamers were asked “what is the best brand of GPU?”, the answer would be Nvidia. Admittedly, it wasn’t until not so long ago that I would have said the same thing. I believe the main reason for that answer is tied to how well Nvidia markets itself to the public. Don’t get me wrong, the Nvidia cards have the power to back up the marketing.

Stay with me here.

Thanks to AMD waging war on both Intel and Nvidia, we as the consumer, are the ones that benefit. That leads me to think that no matter what, AMD is going to have its work cut out for them. Nvidia and Intel are 2 separate companies with 2 separate Research & Development budgets, AMD has only the one R&D budget. Two separate wars, against two separate forces, but with only one budget. It has got to be challenging. 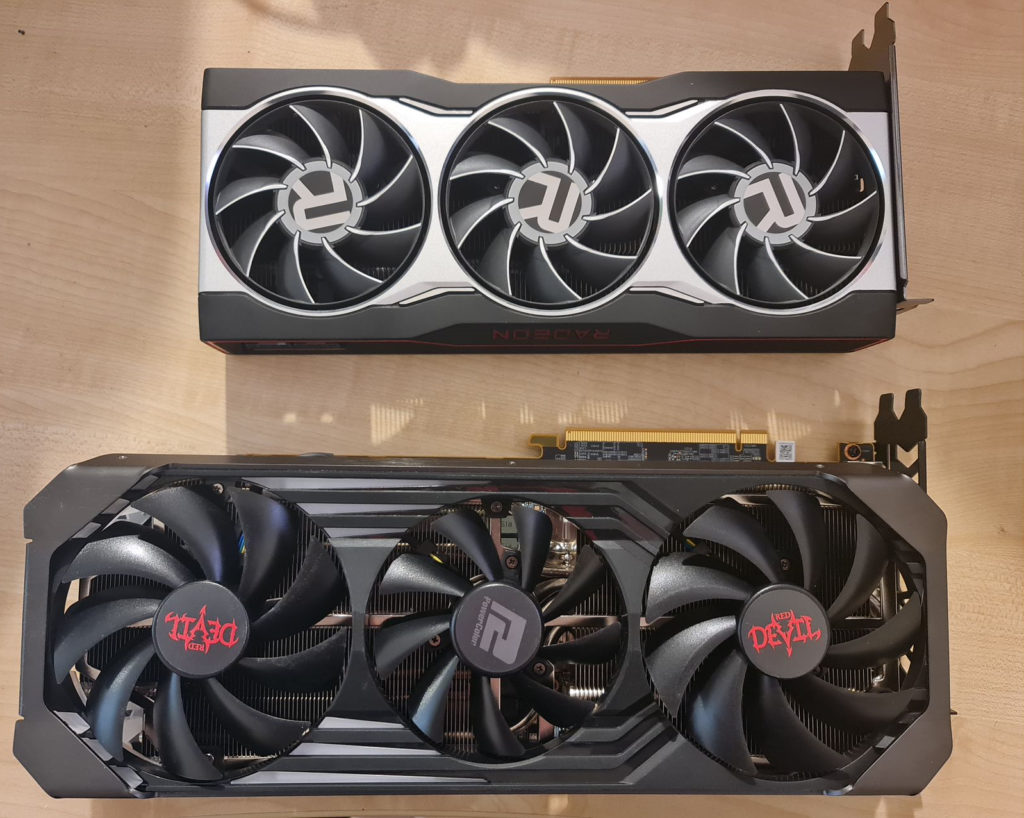 With that said, AMD has not only managed to rise to the challenge with both their CPU & GPU ranges, but they have also managed to, in same cases, give the proverbial finger as they step up and over a rival at one point or another. Kudos!

If I have learnt nothing else from my time as a reviewer over these years, I have certainly learnt that what is written on the specifications sheet is only half the story. The problem with this though, is most consumers rely upon those spec sheets to make a purchasing choice. And thanks to silicon shortages, it is now, more than ever that a consumer needs to be able to navigate “on-paper” specifications & real-world performance. And everything in-between.

For those who have not read any of my previous hardware reviews where AMD, Intel or Nvidia are concerned, I will say again, I have always personally preferred Team Red when it comes to both CPU and GPUs. Among others, my main reasons for this is AMD is generally more financially friendly when it comes to price vs performance, and I have never been one to blindly buy this brand or that brand simply because everyone else does.

When I reviewed the Radeon 6800, it was a great card (still is mind you), but I must admit that I probably didn’t look much past the raw performance of it versus nvidia RTX. I was playing on DLSS turf, and AMD simply does not come close to nvidia where DLSS is concerned. Simply because DLSS is proprietary Nvidia and does not support AMD.

However, times are changing. AMD now has “FidelityFX” which is meant to AMD’s answer to DLSS. As FFX is really only in its infancy, it is only supported in a handful of games, but that list is growing almost daily. Even though DLSS has had a year head-start, DLSS support in games isn’t all that massive either.

I was lucky enough to have a 3090-equipped Dell Alienware Aurora R12 desktop on hand at the same time as the 6900XT GPU. In my testing, there was always going to be some variation with the numbers while I pitted the 6900XT against the RTX-3090. This is because the 2 machines ran completely different hardware. And as per our agreement with Dell to be able to hands-on with their hardware, I could not chop-and-change hardware to do a 100% like-for-like comparison. The upside is that our test machine could hold its own against the R12. See specs of both machines below:

Even though the Ryzen has 4 more physical cores, this makes little difference when it comes to gaming as to my knowledge, there are very few, if any, that use more than 8 physical cores.

As I played on both machines, there was one thing that became clear. If you take any AI / Software learning out of the equation – DLSS / FFX – both cards keep within “spitting distance” of each other and neither one wins every race.

If you bring DLSS in the mix, the 3090 absolutely decimates the 6900XT because the 6900XT simply cannot utilise DLSS. On the flip side, the 6900XT with the help of FFX, can once again play on a more level playing field. What does work in favour of all NVidia cards where FFX is concerned is that if your chosen game does not support DLSS, but does support FFX, NVidia is able to make use of FFX as it is open source, where DLSS is not.

In my opinion, FFX still has a long way to go to be able match DLSS punch-for-punch, but I have no doubt that AMD will make it happen, and when that day comes, it will hopefully make nvidia stand-up and take notice & perhaps look at becoming a little more cost effective.

I know that collectively, everyone seats the RTX-3090 & 6900XT cards side-by-side as equal opponents. In my mind, this is both the right & wrong way to look at these 2 video cards. There is little doubt that the RTX-3090 is all about that raw power to chew up & spit out rendered frames quicker than anything else on the market.

Which card would I buy?

As the time of writing, there is no doubt in my mind that I would purchase a 6900XT. Raw performance between the 2 cards without the help of machine learning AI, are very similar. The 3090 is still the more powerful of the two, but right now if I wanted to buy a locally stocked RTX-3090, the cheapest card would set you back a cool AU$3,799.00 for a Gigabyte version

While it is entirely possible AMD GPUs might not be able to match the performance of Nvidia’s offerings for the next generation or two, AMD should certainly not be automatically dismissed by staunch Nvidia supporters. AMD has already proven it can produce the hardware & in my unprofessional opinion, I think it will ultimately come down to FidelityFX vs DLSS as both camps move forward.