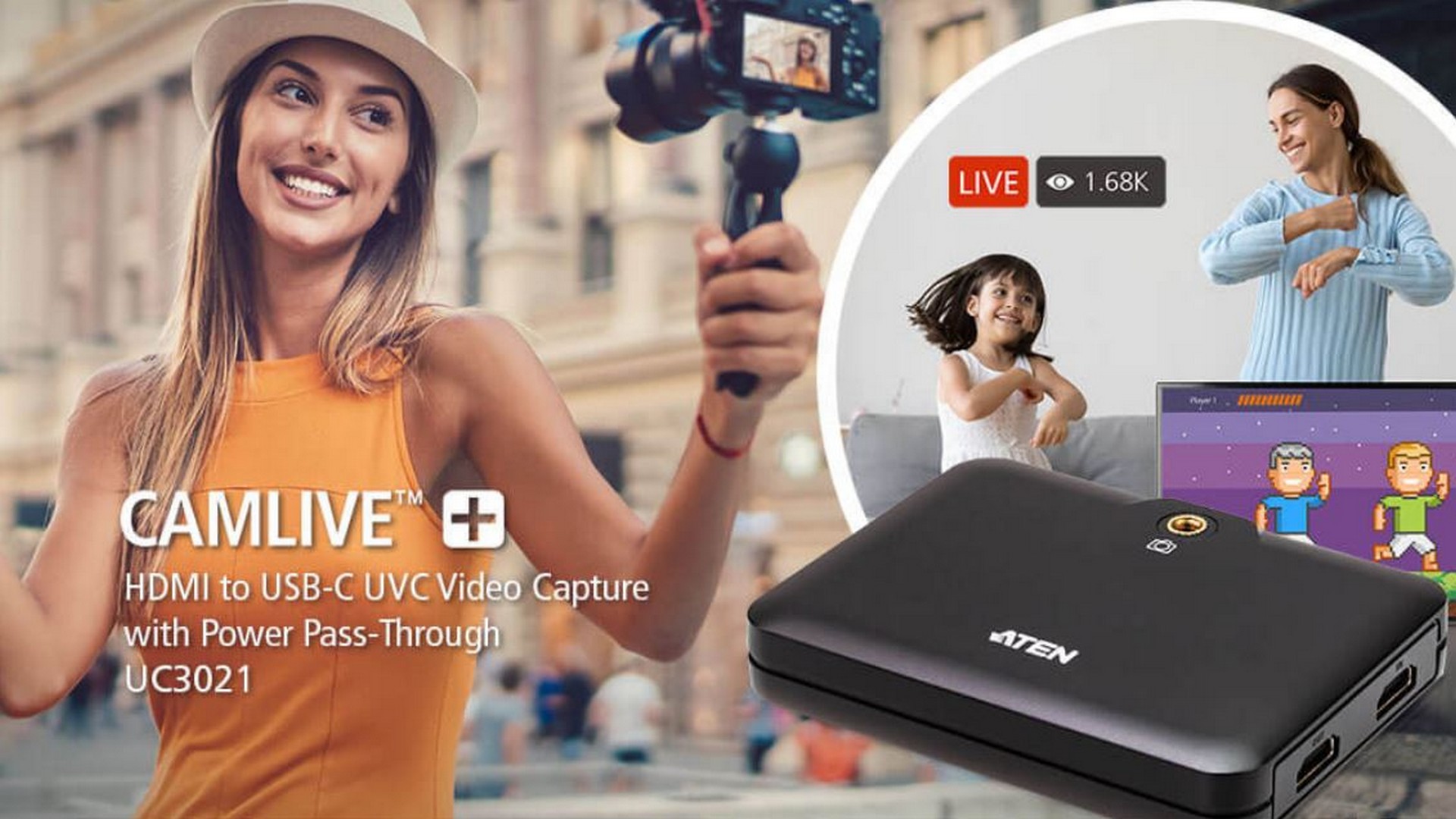 With so many people diving into the world of video game streaming, there are several capture cards on the market and for the most part, they all do the same job. Your HDMI compatible console on one side, a second HDMI then runs to a monitor, all before a USB or two connects it to a Computer.

Open your favourite broadcasting platform, and away you go. The only real downside to some of these cards is that they will limit you to a certain resolution with the HDMI pass through. The card I was using for example would drop my 4K input down to Full High Definition, and then it would only capture in standard High Definition.

The Aten UC3021 Camlive+ is yet another in a list of video capture devices, but in my limited experience, it sets itself apart from the rest by having the ability to connect to your smartphone. Yep, you heard me. The Camlive+ can connect a digital camera to your smartphone, enabling you to broadcast or capture without a computer. Of course, most mobile phones can do that already, albeit with a pretty basic built-in camera. This handy little device will let you connect your professional-grade vlogging equipment to your phone, allowing for immaculate quality mobile streams. 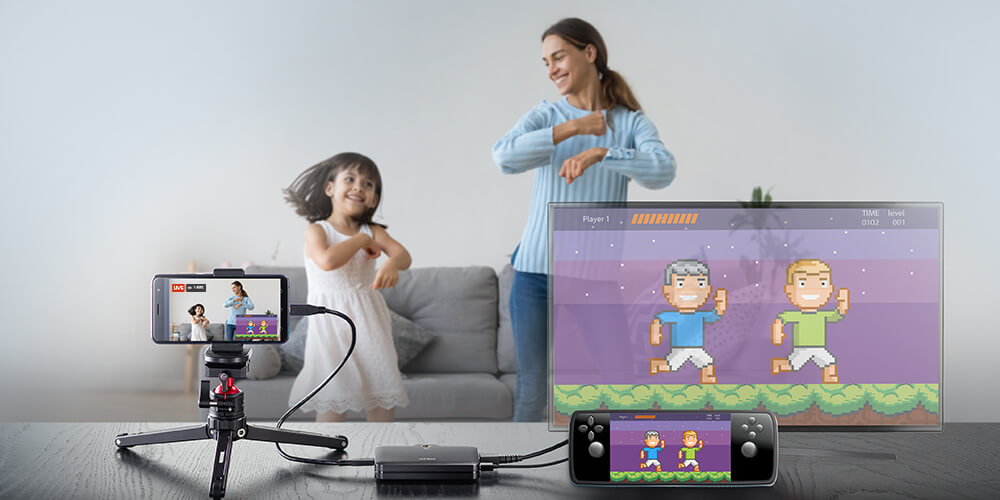 Setting up the Aten UC3021 Camlive+ to my PC was a breeze; I only needed to connect a single USB as opposed to the two that my other capture card requires, and the system automatically detected the unit. Opening up Streamlabs OBS, the card was already available and waiting for me to select it as a capture device. I didn’t have to muck around with any program installs beforehand, it was just done.

Unfortunately, things fell apart quite quickly when it came to connecting my mobile phone. In terms of hardware, it’s very straight forward. HDMI from a camera or console in, USB to the USB-C port on my phone, a second USB cable for power, and then click the little button on the side of the Camlive+ so it lights up for mobile mode. Nice and simple. I opened up Streamlabs OBS on my mobile, and my only options were to capture the screen or the phone’s built-in cameras.

I couldn’t find anything related to the Camlive+ at all. Back to the drawing board. The instructions on the website weren’t a huge amount of help, directing me to a website for CameraFi to check out supported devices. Low and behold, my Samsung Galaxy Note20 wasn’t listed. For those of you playing at home and thinking “Hurrr… sHoUlD HaVe gOt aN IpHoNe… Hur hur,” I take this opportunity to rub it in your face and let you know that iPhones aren’t mentioned at all. Oh, Snap! 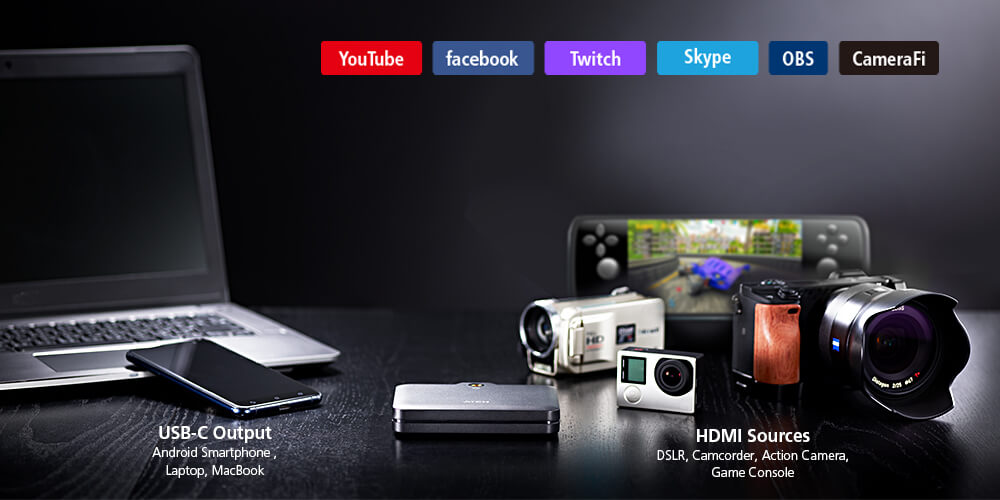 Investigating a little further, I discovered that using CameraFi Live was compatible, but there is a catch. If you want to do more than simply capture or stream your camera or the phone’s screen, you will need to pay a subscription to do so. You won’t be streaming AFK Arena with your smug face in the corner of the screen unless you fork out some of your hard-earned dosh. While this is a minor nuisance, the recording quality using my Canon 80D was phenomenal.

Sure, I can get the same quality recording directly to an SD card, but why would I bother when I have nearly 400GB of unused storage on my phone? Why would I transfer it from the memory card to the computer to upload the video when I can do so directly from my phone?

The Aten UC3021 Camlive+ is a fantastic little device. Compared to other capture cards, it’s quite affordable, it really only needs a single USB port, and it’ll capture Full High Definition while still allowing you to enjoy your games in all their 4K glory. The only thing that really drags it down is to use it at its full potential on a mobile device, you need an Android (suck it, Apple users!) and a paid subscription. 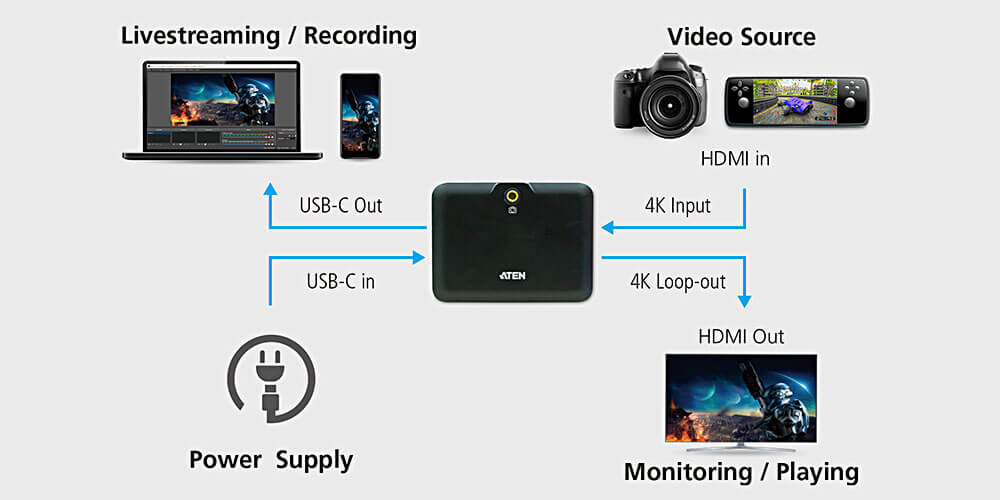