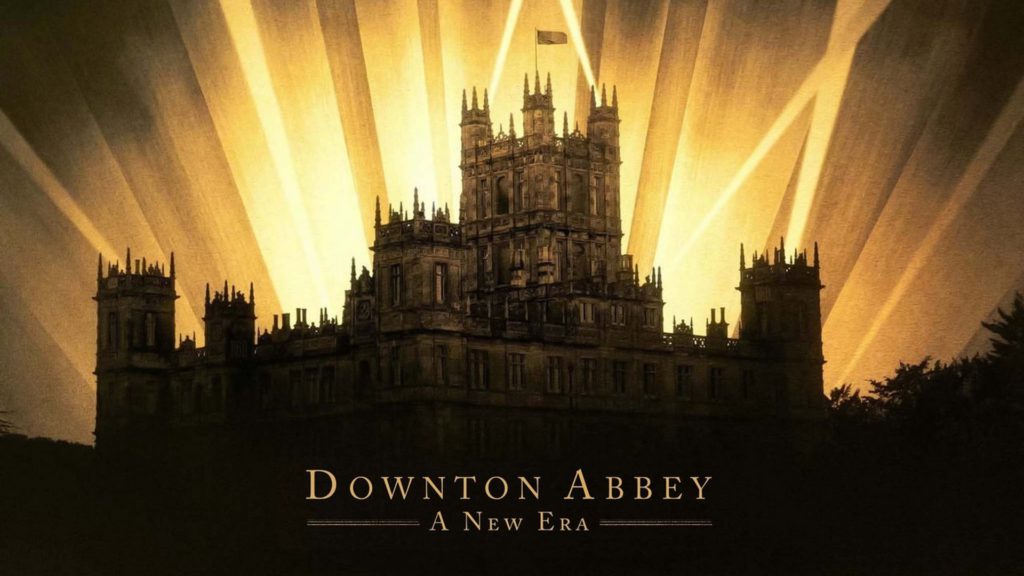 It appears that just when we think Downton has graced the screen one last time, we are cordially invited in once again. Following on from the success of the 2019 film adaptation, Downton Abbey, which followed on from the award-winning TV series of the same name, Downtown Abbey: A New Era, continues the journey of the esteemed Crawley legacy. Published by Universal Pictures with Director Simon Curtis at the helm, this new film welcomes both returning fans and newcomers alike with open arms.

This periodic drama takes place during the roaring 20s which saw the clash of worlds between those raised in the Victorian era and the rise of sensationalism. With the world still recovering from the aftermath of the First World War and the Spanish Flu, the inhabitants of Downton Abbey, both with family and staff, are now as close as they have ever been. What a perfectly opportune time for the matriarch of the family, Violet, played by the ever-wonderful Maggie Smith, to drop a decisive scandal. It seems that her past has caught up with her and a fleeting romance from before her son, the Earl of Grantham was even born, has resulted in the acquisition of a rather lucrative Villa on the coast of France.

Due to the unexpected turn of events, and Violet’s current health ailments, a travel party is put together in her place to see out the proceedings of the mystery man who left her such an extravagant parting gift in his will. Hugh Bonneville, reprising the role of Robert Crawley, leads the expedition with support from his wife Cora, played by Elizabeth McGovern, while their daughter, Lady Mary, played by Michelle Dockery, continues her role in maintaining Downton. Of course, while one half of the cast embarks on a journey abroad, Hollywood comes knocking on the door of the esteemed estate, with a tantalizing offer to use their home as a set piece for the next major motion picture. 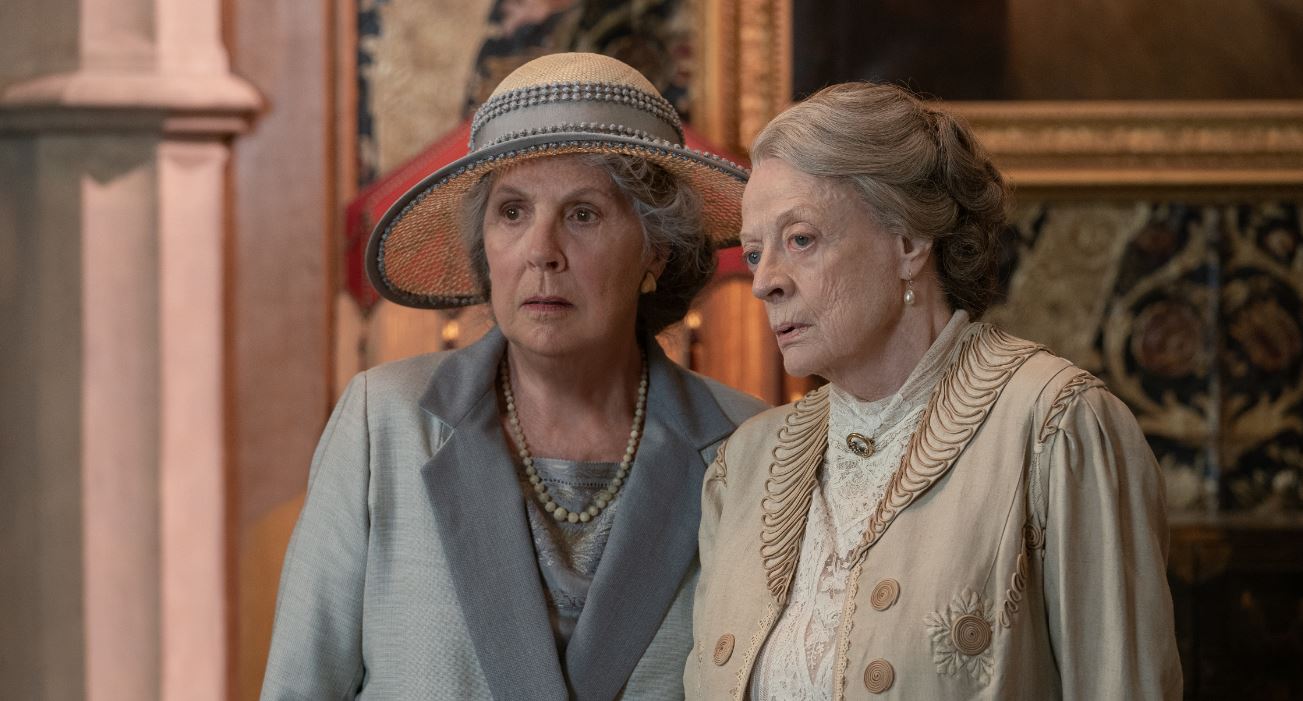 I must admit that I am rather fresh to Downton Abbey, having only seen a selection of episodes and missing the first film. With that in mind, the introduction of the extended cast, spanning several generations and branches could have easily drowned out the impact of having such a diverse cast.

I was, however, astounded again and again by how well they carried out the multiple storylines while being able to interject moments of their history in the dialogue to give context to their characters. The fact that I was able to go straight into this film, with little to no knowledge of their past exploits and dramas, and still establish a connection on multiple levels was a mosaic writing achievement. It gave us moments to cheer for, relate to, wish for, or tear up at a moment’s notice, all while literally sharing the screen with the widespread cast. I would say the stakes were arguable lower than they have ever been, yet the investment remained a staying point.

There were characters that were able to portray a hint of secrecy which left me to speculate. Moral investment opportunities that I would dare for them to follow through with, despite the consequences. It even offers moments for all characters to keep busy while they carried the plot forward across two countries with drastically different scenarios. While most importantly, it gave me a reason to smile and laugh, without forgetting what lead to that moment. 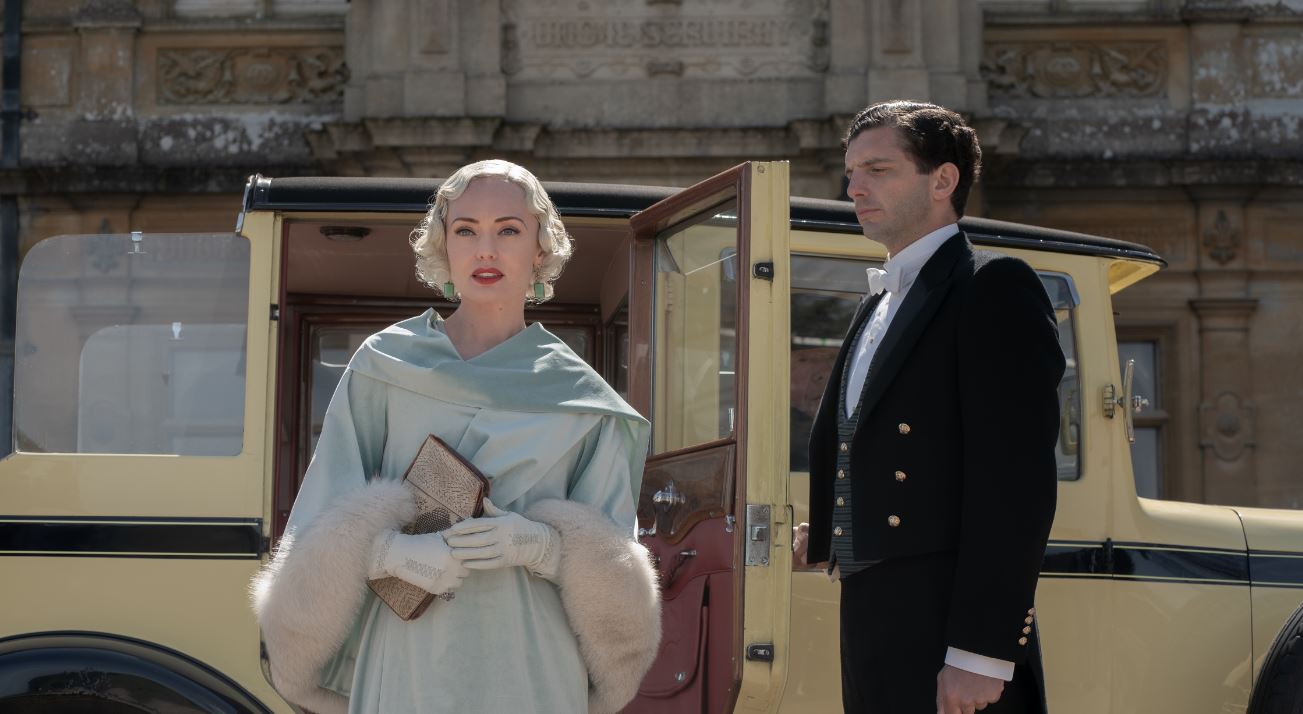 Jim Carter offered countless chuckles as he attempted to whip the French staff into a proper English manner as an established butler himself, albeit a little out of practice. Meanwhile, Kevin Doyle shines as an intrusive yet delightfully awestruck enthusiast of film, poking his nose in during production and managing to become an integral piece to the puzzle. Phyllis Logan remains as stoic as ever while maintaining poise and wit wherever was needed. Being able to command a room certainly comes naturally to her character. More often than not I was left smiling at the snappy retorts that were both hilarious and sharp; even through the drama that would arise, it was cushioned by appropriate humor.

The cinematography was able to capture the whimsical charm of an extravagant lifestyle in what felt like a relatable manner. In one aspect, the orchestral score would elevate to carry the emotions through to the next scene. Certain moments were filtered with a forbidden lust that they would playfully tease the audience with, as it framed the characters in a flattering manner. It was certainly helped by the historically accurate representation of the fashion, lifestyle, and limitations of the past. It felt natural – as if it was an extension of my own family tales passed down by grandparents.

Downton Abbey: A New Era, an extravagant carousel of charm and wit, brought to life by the exceptional on-screen talent. Whether you are new to the story or returning once again, this latest film will win you over well before the credits begin to roll.