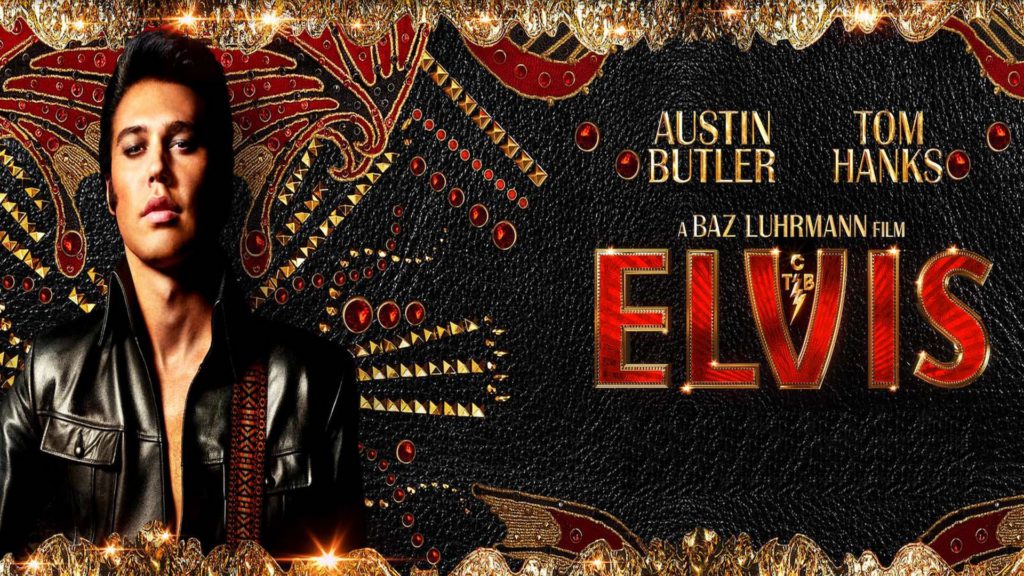 From the moment Elvis first stepped on the scene, a change was set in motion that can still be felt to this day. One man transcended what it meant to be a superstar and became an icon, a king, and a symbol to rally behind. It’s still wild to comprehend that The King of Rock and Roll, has been gone for almost half a decade now, and he is still talked about as if it was only just the other day he was blessing the stage. Baz Luhrmann, the director of the brand new biopic, aptly named “Elvis” has been working tirelessly for years alongside Warner Brothers to manifest, perhaps, the most in-depth look at Elvis and the troubled life he shared with his manager, Colonel Tom Parker.

Despite the many and varied impersonators and previous on-screen portrayals of Elvis, casting the perfect fit would have been far from an easy task. You wouldn’t think that however, with how effortlessly Austin Butler donned the Rhinestone encrusted jumpsuit, and how completely captivating his on-screen presence was. He became a vessel for the music of Elvis to flow through, a gateway into the past, and played brilliantly as the counterpart to the conniving Colonel, played by Tom Hanks.

Starting out at the twilight of Colonel. Tom Parker’s life, almost as a memoir of sorts, he begins to narrate the tale of his greatest achievement, his gift to the world, Elvis Presley. It serves as both an insider look into the man who garners the bulk of the blame for the Kings downfall, and a rundown of how far the ripple of the culture shock resonated. In the South, the prim and proper nature of the people with enforced segregation was just fine with their ways, music, and behaviour and had little to no intentions of shaking things up.

Through the Colonel’s methodical world-building, he stacks the metaphorical house of cards up and sets the stage for Elvis to knock them down in stunning fashion. When I say stunning fashion I truly mean it, as Austin Butler takes the stage in a stereotype-breaking outfit that was unheard of in the 50s. What followed was a fast passed and wild flurry of women experiencing an awakening that shocked the world, disgusted the conservatives, and cemented the desires of Tom Parker to make Elvis his prize possession.

To portray Elvis himself was important, but to see the emotions and uncontrollable reactions of the crowd, to experience it for the first time as they did, gave an almost indescribable sensation. There was little time to dwell though, as the story, once it hit the ground running, transformed into a carousel of montages that saw the rise of the gyrating white boy. One that blurred the line between country music with the rhythm and blues influences he grew up with in an impoverished neighbourhood. No matter how fast the pacing seemed to go, calculated and impactful moments saw Parker influencing the direction of the narrative he wished for.

Parker’s shady and downright selfish intentions gave us reason to rally behind Elvis as he not only defied his manager, but the oppressive culture that clashed so heavily with his provocative moves and lifestyle. There was a concedes effort to be inclusive of the culture that Elvis grew up in as well, giving the character a relief from the hustle and bustle when he would sneak away to hide in the Jive bars. It was his safety net early on and something that gave his character depth as the political figures began to be struck down in their prime during the 60s and a sense of second-hand grief would linger on his consciousness.

There was some heavy lifting with how the movie was presented to ram home the impact of each stage of the King’s life. Finding himself on stage and being praised for his otherwise, unorthodox jittery moves was sliced together with fragments of his youth. The influence of the soul and gospel music on the African American people in his life let him express how the music could take hold of him, it moulded his charisma and confidence and the grainy filter was used to show the audience what the world saw back then. Spanning from the 50s through to the late 70s was artistic in a way of slowly transitioning from the open fields of his childhood to the claustrophobic confines of his eventual metaphorical tomb that was his penthouse of the International Hotel.

One portion of the movie that I felt struggled to express conviction was the impact of the Memphis Mafia and how strong of a connection Elvis had with his Mother. That’s not to say they weren’t there or didn’t share enough screen time, the death of Gladys Presley was felt immediately. However, with so much more run time to follow, it seemed to be an afterthought as quickly as it came on. With the eventual issues that Elvis had with substance abuse, it was more implied that his lack of a challenge later in life was the leading cause rather than a combination of the mental burden of constantly trying to lift and support all of those around him.

I will preface and say that with a run time of 20 minutes shy of 3 hours, the pace can fluctuate from dizzying spells of set piece after set piece to a much more dramatic and personal decline. In essence, the start of the film gave the illusion of how fast time can fly making the final moments of the film, a chance to catch your breath and absorb everything that came before it. Tom Hanks, with his manipulative character, makes the increasing loathing sensation easy to fall into, even if the choice of accent was a little on the nose. At the very least, no matter which way you turned in the film, the musical score would match the tempo of the film and gave a highlight real of some of the greatest works by Elvis.

Elvis, a tale of two sides of the same coin, a story that has the legacy of Elvis, permanently entwined with the story of Colonel. Tom Parker. Without a doubt, there are certain disconnects with real-life events, yet the dramatisation of the film for visual fidelity and coherency was essential to tell a complete story. Austin Butler absolutely throws himself into this role and with Hollywood royalty Tom Hanks being the anchor of this film, it’s easy to fall in love with this tale.