By StacefaceMayhem on September 28, 2021 on Hardware, 2 More
close [x]
Tweet
No Comments 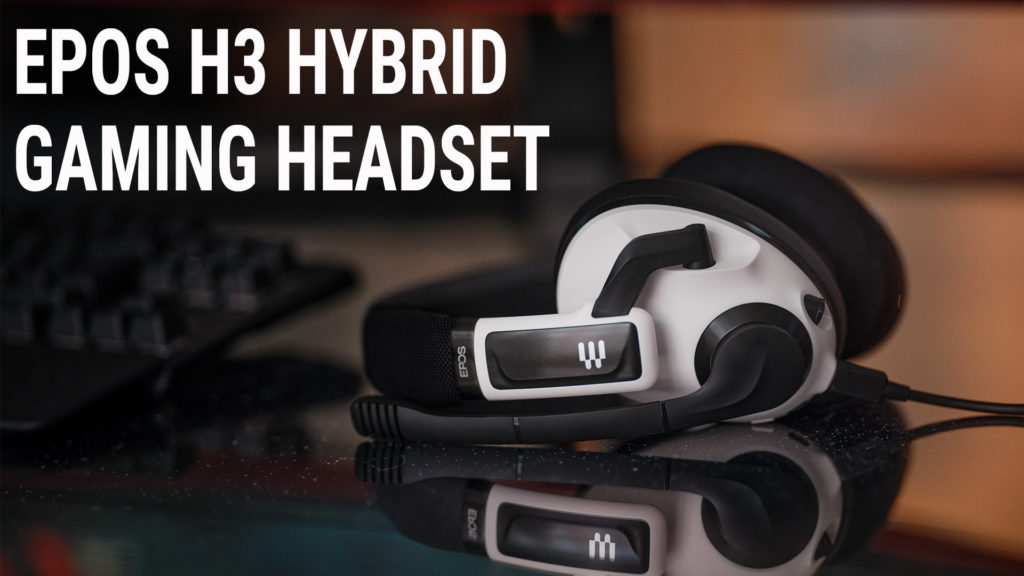 The universe works in mysterious ways. I was just thinking the other day about why headsets are either wireless or corded and why they aren’t generally both, and then EPOS entered my life with a whirlwind of options. Presenting to MKAU their ‘H3 Hybrid Closed Acoustic Gaming Headset’, EPOS brings your auditory needs to the forefront of gaming and relaxing. Let’s deep dive into what this headset has to offer.

Firstly, dang. Dang, this is a good-looking headset. Coming in a silky matte onyx black or ghost white, the H3 Hybrid has some mean modern style in all the right places. The white edition has the clean branding of the EPOS logo on the headband and stylised black circular buttons/wheels on the outside of the white ear cups. Inside, you will find pleather ear cups lined with soft felt to cushion your ears.

What I did notice though is that while the cups sit comfortably over my smaller ears they weren’t very big for someone with larger ones. To make up for this, with the usual band stretch test, the reasonably padded out headband wrapped in foam and cotton stretches and twists to even the largest of heads. More innovatively, EPOS has designed the mic to be detachable using magnetic connections. I have never seen this feature so beautifully executed, with it snapping on and off with ease without it sacrificing the flexibility of the mic itself. 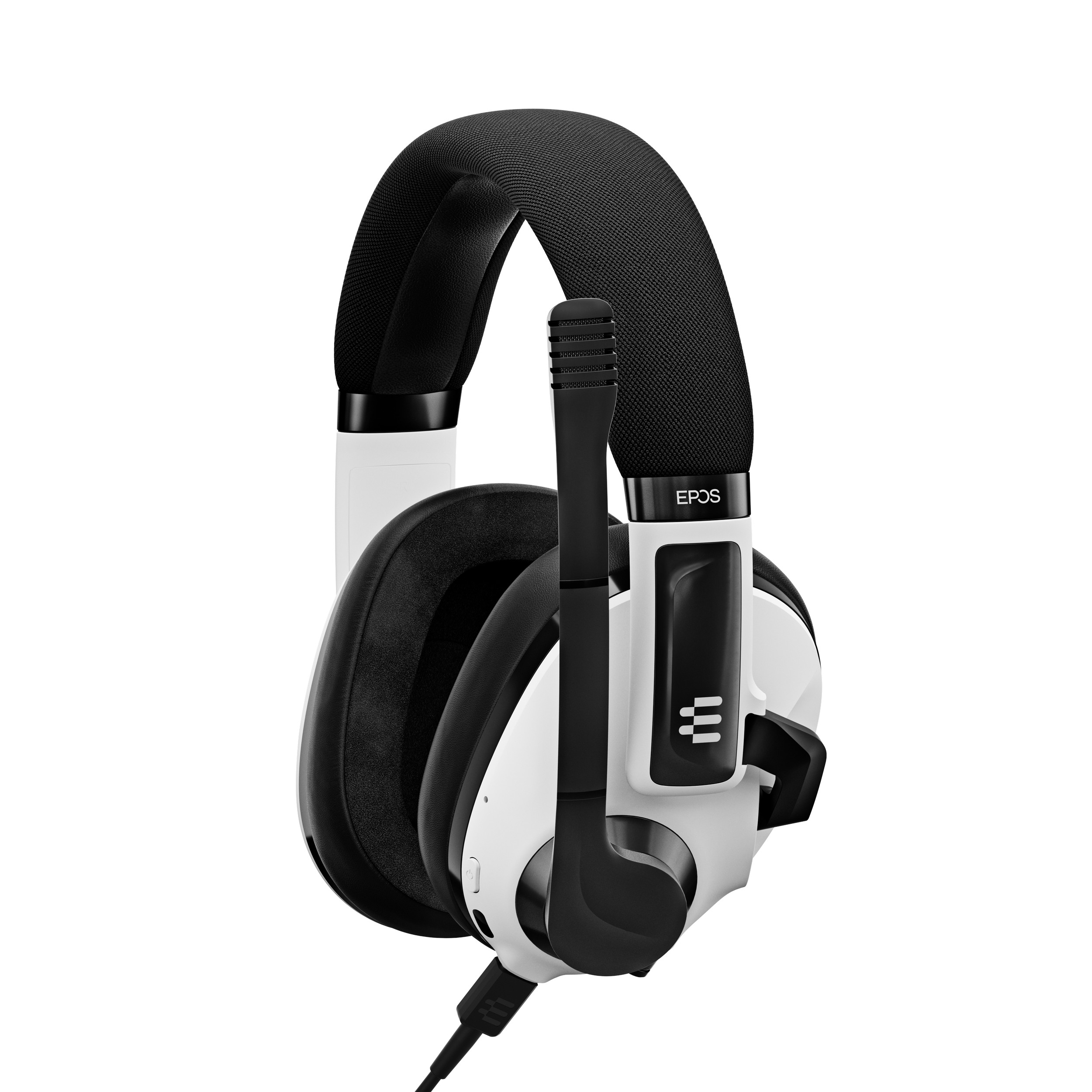 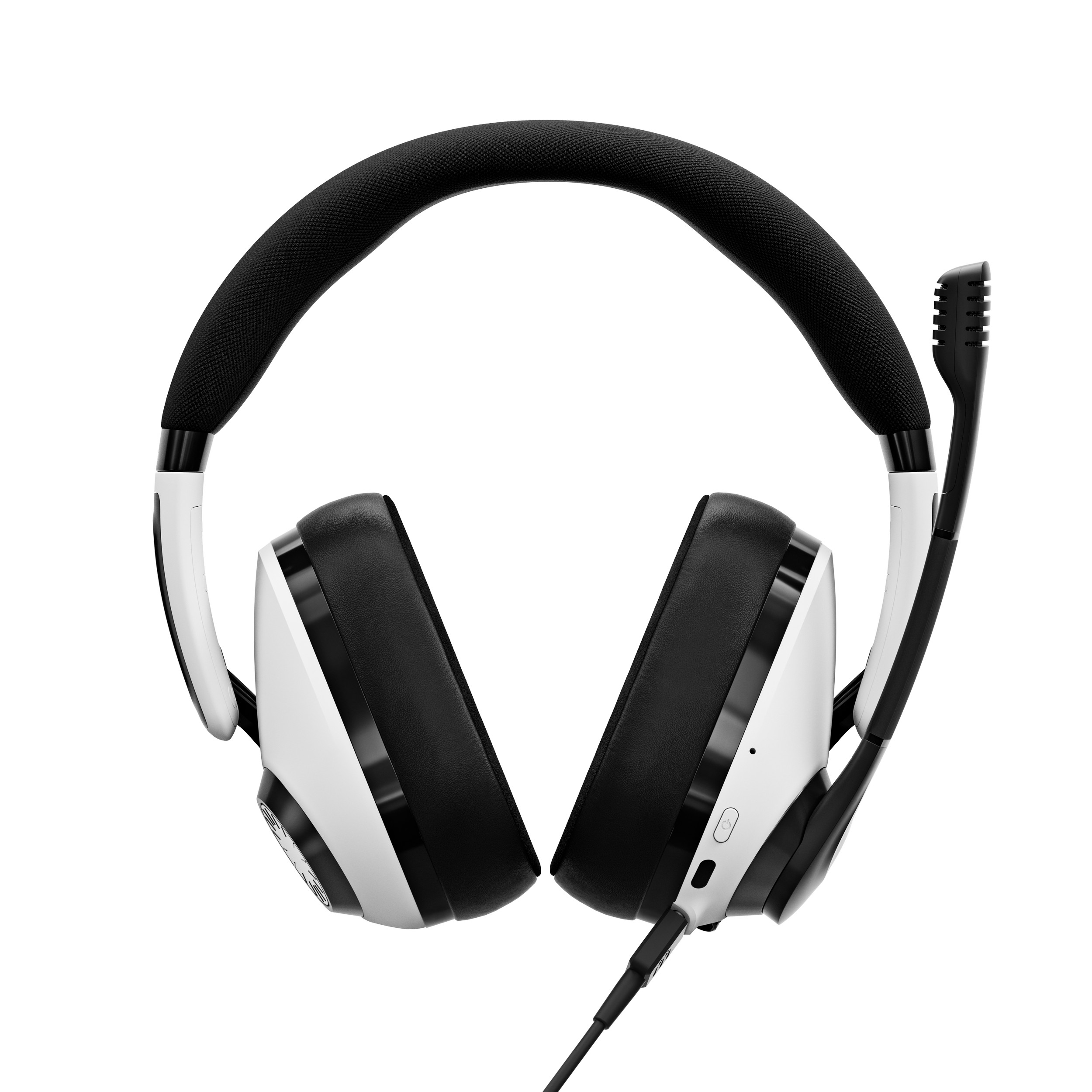 Also, included inside the box is a mic cover for when you want to veg out without having to interact with anyone, a USB cable perfect for PC play and charging, and an AUX cable for all your console gaming needs. Each cable was 2 meters in length which is fabulous as I hate having to overextend or change my set-up due to reach issues. As for the mic cover, it was ingeniously magnetized so it snapped into place seamlessly and completes the overall, headphone’s aesthetic.

Battery-wise, the H3 Hybrid only needed about 2hrs to fully charge and powered on through multiple jobs from gaming to chilling and all my other audio needs in between. I’m not sure if the website quoted 37 hours is accurate but I know I used this headset for about 5 days with some full-on gaming sessions before I had to pop it on charge again. Impressive, indeed. Additionally, there is an inner ear AI voice that thankfully reminded me of my battery life. I like when teamwork makes the dream work; I am one very forgetful person.

Functionally, the H3 Hybrid is a total all-rounder. It is compatible with next-generation consoles, Playstation 4|5, Xbox One, Xbox Series X, Nintendo Switch, PCs (both Microsoft and Mac), tablets, and mobile phones. A very impressive lineup indeed; so impressive I tested the Hybrids on as many as I could.

More importantly, the feature that is the most useful is that despite it can be clearly wired into nearly any device, it is Bluetooth compatible. I know, it’s like the Swiss army knife of headsets. Syncing with any device is as easy as a 3-second push of a button on the right ear cup and you are paired to any PC or phone. Ironically, even as I sit and type this review hands frailing freely, I am paired to my PC via a Bluetooth adapter listening to Mac Miller’s posthumous album ‘Circles’ delivered straight from Spotify. Awww life is good. They were also just as good with my phone in my back pocket, paired as I walk around the house collecting washing. Yes, I am in love with this hands-free set. 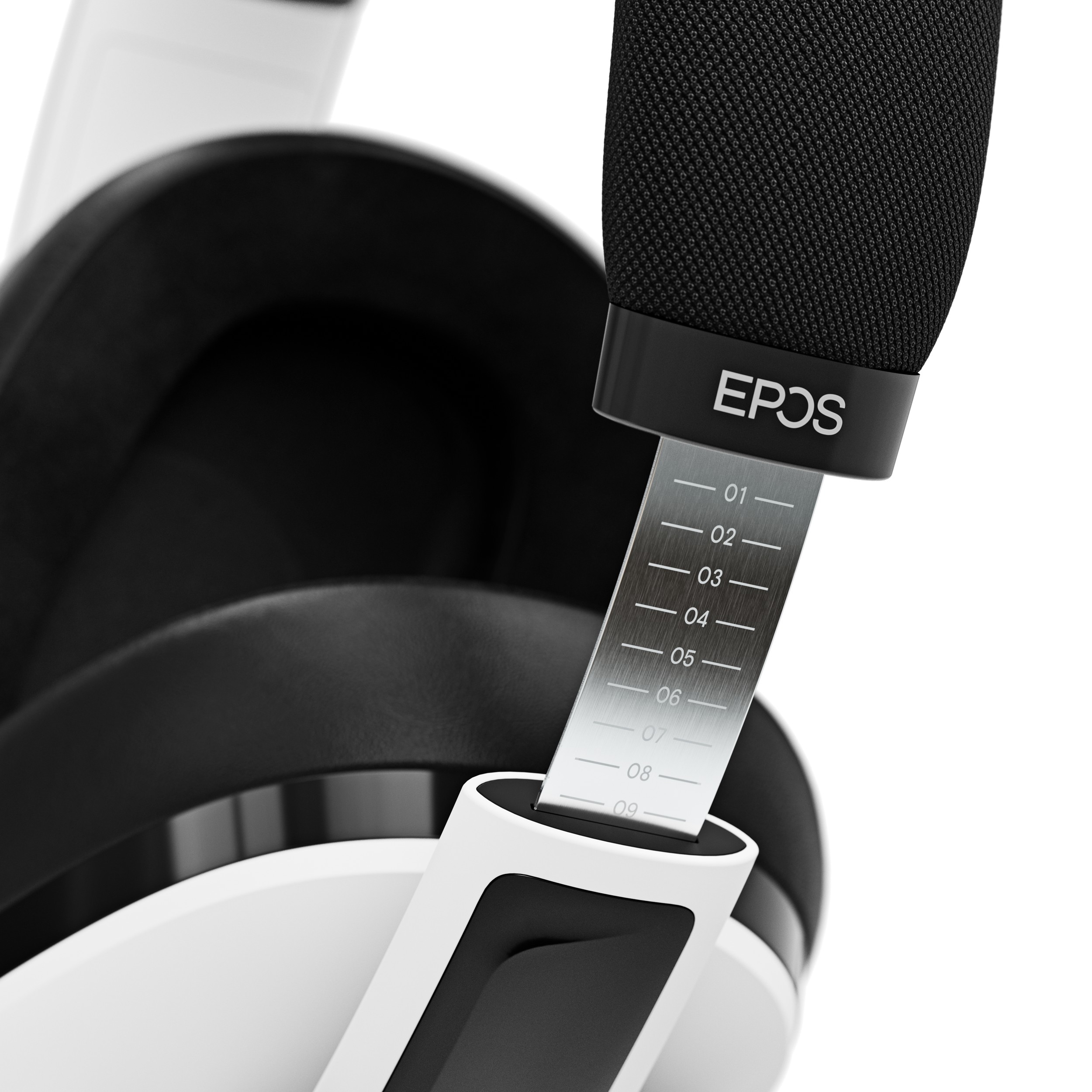 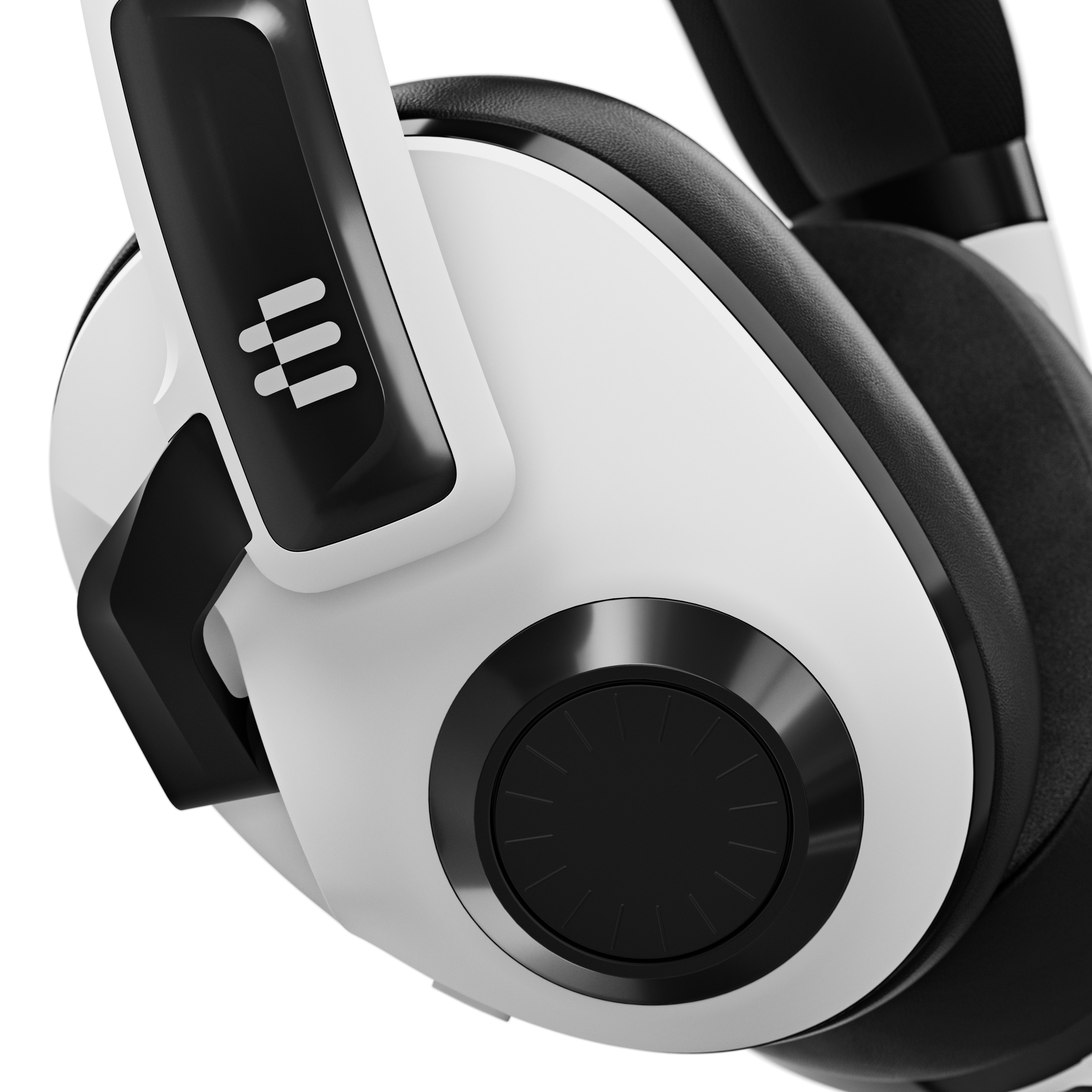 Just when you thought they were done, the icing on the proverbial cake is the fact that you can also multitask your sound. With the use of the smart button, you can answer calls via Bluetooth and with the inbuilt SECOND, yes second, in the ear cup and still listen to whatever console you are wired into. This audio mixing capability is so innovative and while it does my head in too much as someone that struggles to filter sound it opens up so many possibilities to someone who is busy working multiple avenues.

But Stace you might ask, what is the sound like? Now, while the drivers in the headset are only 40mm it does support 7.1 Surround Sound, a huge plus in this day and age. Being moderately noise canceling, each podcast, playlist, and game was crisp and clear. By using the EPOS Gaming Suite companion software you can customize all those trembles and basses to different sound profiles. The software didn’t like my PC very well, but after eventually getting it to open it was impressive the tweaks you can make to bass, treble, and reverberation levels. A lot of effort has been put into this interface and a truly customisable symphony of sound is at your fingertips.

At a reasonable price of $259, this is one headset I could not recommend to enough people. Stylish, compact and so functional EPOS have a winner here that has all your office and gaming sound needs covered. This is one freak of a headset and I live for it.