Kajillionaire is the story of a dysfunctional family of scammers. Robert and Theresa raised their daughter, Old Dolio, in a sick and twisted way. Teaching her from a young age to steal items from the post office only to be returned to the owner when a reward is offered, or teaching her to write by forging signatures on cheques, or creating gift vouchers to redeem them for money. The story takes a bit of a turn when Old Dolio creatively comes up with a new scam that involves them flying to New York City. It is here that they meet Melanie, a beautiful young woman who takes a liking to the trio and decides she wants to be a part of it with no questions asked.

It’s not until Old Dolio starts attending a motherhood group in place of someone who is paying her to be there, that she realises there is something drastically wrong in her upbringing, finally working out that there is much more to life than she has ever experienced. So much so that Old Dolio offers to give her mother her cut of the last scam, if only to hear what every child wants to hear, just once. She looks on full of jealousy as her so-called parents lavish Melanie with the loving words and attention that they denied Old Dolio.

It’s here that the story takes a slight twist, turning from a somewhat outrageous comedy about a dysfunctional family and evolves into an awkward coming of age love story. With it seemingly jumping from one kind of story line to another, I found things quite difficult to follow for the most part, with my eyes wandering around the cinema in search of anything more interesting. While the actors did an amazing job portraying their respective characters, there was a distinct emptiness to the film with its confusing direction. Just as you start to develop a connection with the characters, something else happens and you’re back to square one. 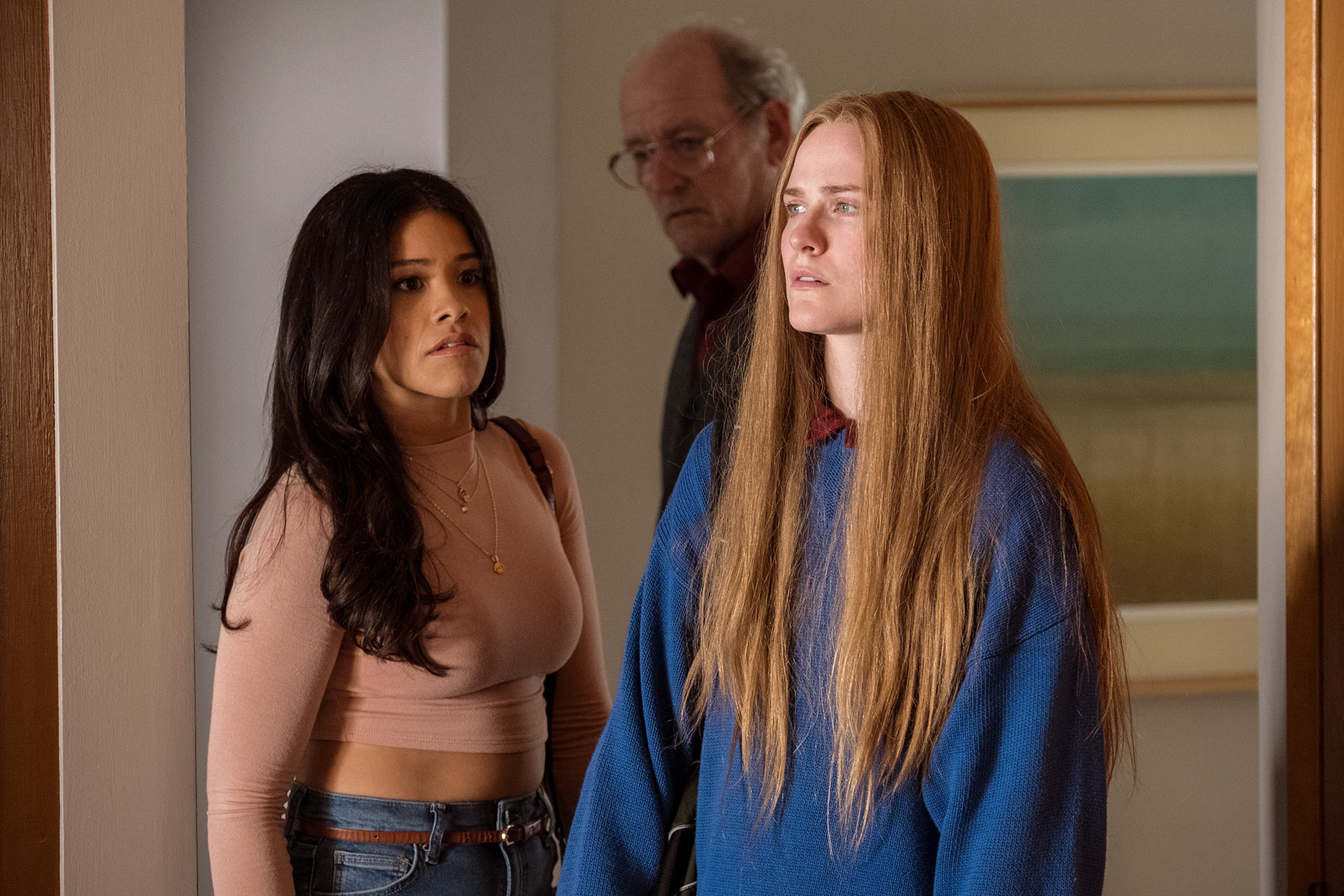 The casting choices were, as already mentioned, fantastic. Richard Jenkins plays the role of Robert in a way that reminds you of that one strange man everyone seems to know, constantly going on about sticking it to the man, and the next “big one” that will wipe out humanity. Debra Winger portrays Theresa as the uncaring mother, living somewhat vicariously through her daughter without thought or consideration for what Old Dolio wants or needs, while Evan Rachel Wood goes above and beyond.

The way she portrays Old Dolio is perfect down to the last detail. Starting off as a sheltered woman who knows nothing of love and the real world, she steadily develops her character as the story progresses, coming out of her shell and becoming her own woman. The movie’s most normal character, Melanie, is performed by Gina Rodriguez, who does a remarkable job displaying what we all take for granted, even if she does have her own little quirks.

Kajillionaire is hard to take in. Or at least it was for me. Filmmaker Miranda July is known for bringing odd indie films to the big screen, and this is probably one of the quirkiest. There is a deeply rooted sensitive side to the film, but this is overshadowed with some darker themes and some outright awkward scenes. Then we have a heartwarming and tender ending that simply feels like it was tacked on at the end, almost as if to make us forget about the number of times the film crosses the line between humorous and creepily uncomfortable. Films by Miranda July are certainly an acquired taste.