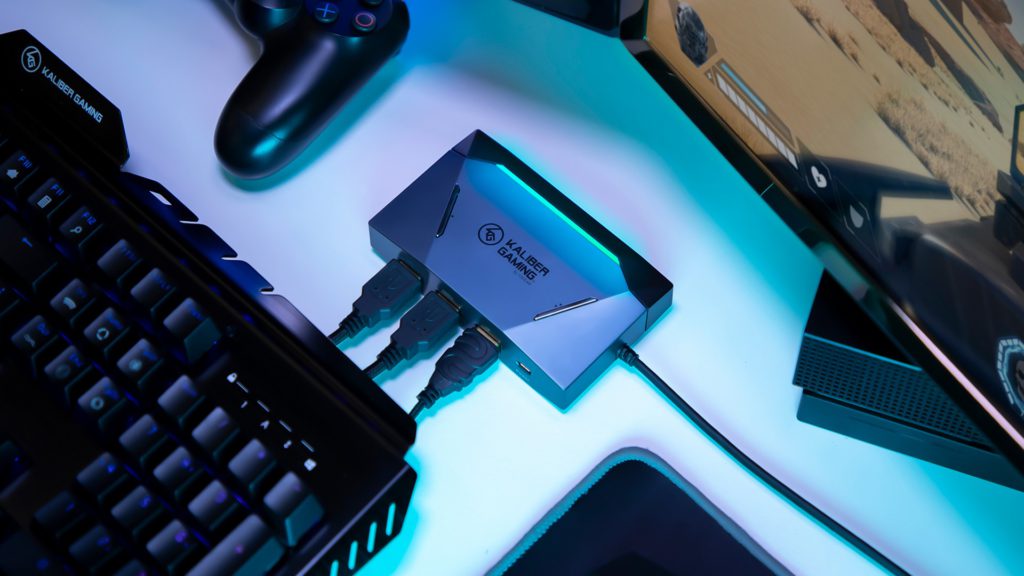 The war of Console versus PC is constantly raging. PC players believe they are superior because mouse and keyboard are easier to manipulate for first-person shooters, and while you can adjust the sensitivity on the controller, you have to admit it’s not quite the same. I am one of those strange people who enjoys both console and PC, and will quite often find myself swapping between mouse and keyboard or a controller. Or at least while I’m on PC that is.

With more and more games getting cross-play features, a lot of PC players were absolutely dominating due to just how much more accuracy they have over the humble controller. Of course, some games are starting to support mouse and keyboard, but there are still a few that don’t. Enter the Kaliber Gaming Keymander 2 3Play, by IOGEAR. This handy little device is first and foremost a controller emulator, in that it allows you to plug a mouse and keyboard into almost any console and work as though you’re using the systems controller, though it’s currently not supported by PS5.

Setting it up is incredibly easy, with a USB connection to your console for playback, and a second for power. You then plug your USB mouse, keyboard, and controller into the input ports. You will need to download the Keymander 2 application to an Android or iOS device to complete the setup, but the interface is really easy to use once you have done so. The app is already set up for standard WASD play, but you have the option to completely change the button layout to better suit your gaming needs. It even goes as far as letting you adjust the sensitivity of the inputs to better replicate pushing a stick all the way forward. 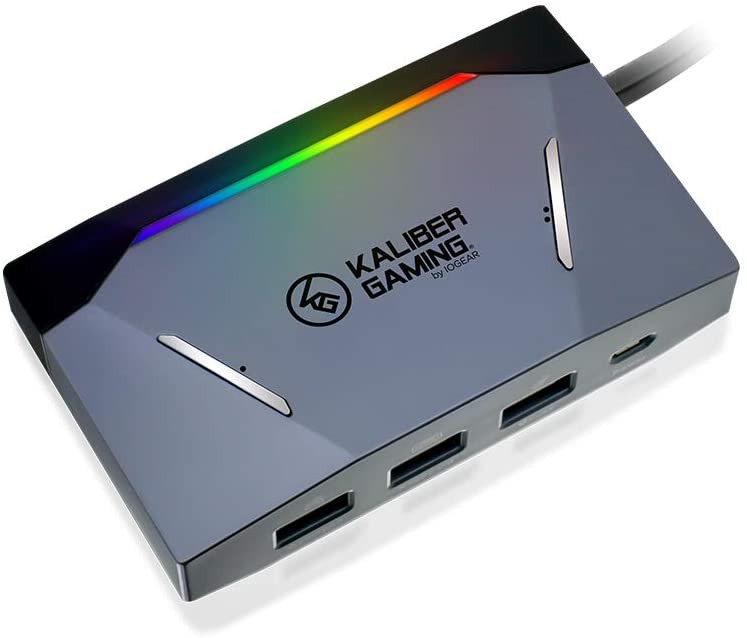 The second awesome feature is that there is a third connected USB cable that runs to your PC, allowing you to use the same mouse and keyboard for both devices without having to buy a new set or swap the leads out all the time. Simply pressing one of the two buttons located on the top of the unit will allow you to change out on the fly, or you could use the app to see exactly what setting you have it on. Finally, to top this off, we have a third micro-USB port, and this allows you to potentially plug your keyboard and mouse into a second console, and allows you to use your favourite system controller over all three platforms.

As cool as it is, however, it isn’t without some hiccups, and I ran into a couple of these. The first, and arguably the most frustrating of these, was that it didn’t seem to want to recognise my mouse. I run the Razer Naga Trinity, specifically with the additional 12 buttons on the side, and they do stipulate that some multi-button mice aren’t completely compatible. A little on the annoying side, but I was able to get around it.

The second issue I had, is that when I played a game that was already keyboard and mouse capable, I had to change the settings in the app to “KM Direct” mode, which worked as if the keyboard and mouse are connected directly, otherwise I wouldn’t get any feedback whatsoever. This seemed quite strange, as the “KM Emulation” mode is meant to transfer data as though the controller was connected.

I also found it would stop working when I hadn’t used my console for a day, and I’d have to go through and set it all up again. This lead to another problem of having to power cycle the unit each time I wanted to connect it to my phone. They mention that you just need to press the button on the left to enter pairing mode, but isn’t clearly labelled, and it’s quite difficult to work out which way the device is meant to face – I would have assumed the cables towards the back, but apparently, this is not the case. I also found that neither of the buttons actually put me into pairing mode when I was pressing them.

So what is the final verdict? It’s honestly hard to say. After struggling to get it working initially, I was quite impressed when it was finally up and running. Playing DayZ with a mouse and keyboard was really quite fun, but this could be done without an emulator. Playing Cyberpunk 2077 on the other hand was a little bit janky, particularly when I was surrounded by enemies, while Fallout 76 was more bearable due to the slower nature of enemies and gameplay.

I really liked that I could use the one keyboard and mouse between the two consoles, but it was frustrating that my go-to mouse wouldn’t work with it. Perhaps as more firmware updates are released this will be a bit more of a viable option.