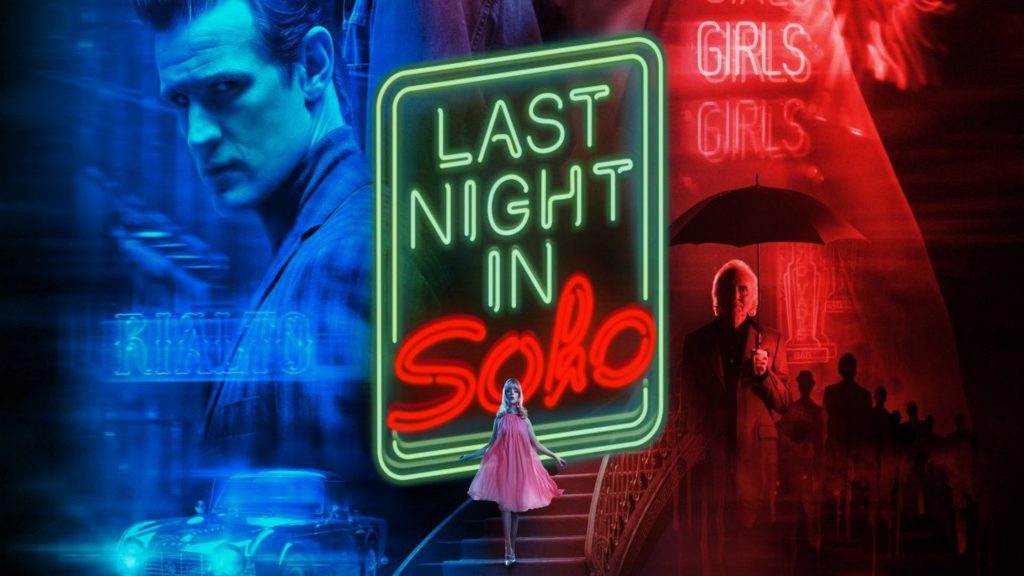 The comforts of the past can be a dangerous place to hide, and this is even more prevalent in Universal’s latest thriller, Last Night in Soho. Known for some classic horror satire comedy hits such as Shaun of the Dead and Hot Fuzz, this isn’t Edgar Wright’s first foray into the genre. This is, however, a more ambitious film that blurs the lines between fiction and reality in both past and present Soho.

Starring Tomasin McKenzie, known for her recent success in JoJo Rabbit, embodies a starry-eyed, coming-of-age Eloise “Ellie” Turner, bound for University in the big city. Dreams of becoming a fashion designer with a certain affinity for the ’60s are met with the pressure of social assimilation. Determined yet unsure of herself, she takes the step to further her independence with her own place in a run-down hotel room for lease.

Quite often in a psychological thriller, there is a trend of front-loading the exposition to jump right into the unnerving tension. I want to compliment the writing by Krysty Wilson-Cairns by taking the extra time to let you experience the muted atmosphere of modern-day Soho. By letting the world and characters develop naturally, you become complacent and the odd sense of intrigue injects itself from time to time. Elements of the world were revealed organically that on its own seemed innocent enough, but would eventually pay off dramatically. One night, Ellie lay down her weary head to rest and woke up in a neon wonderland that was from another time. 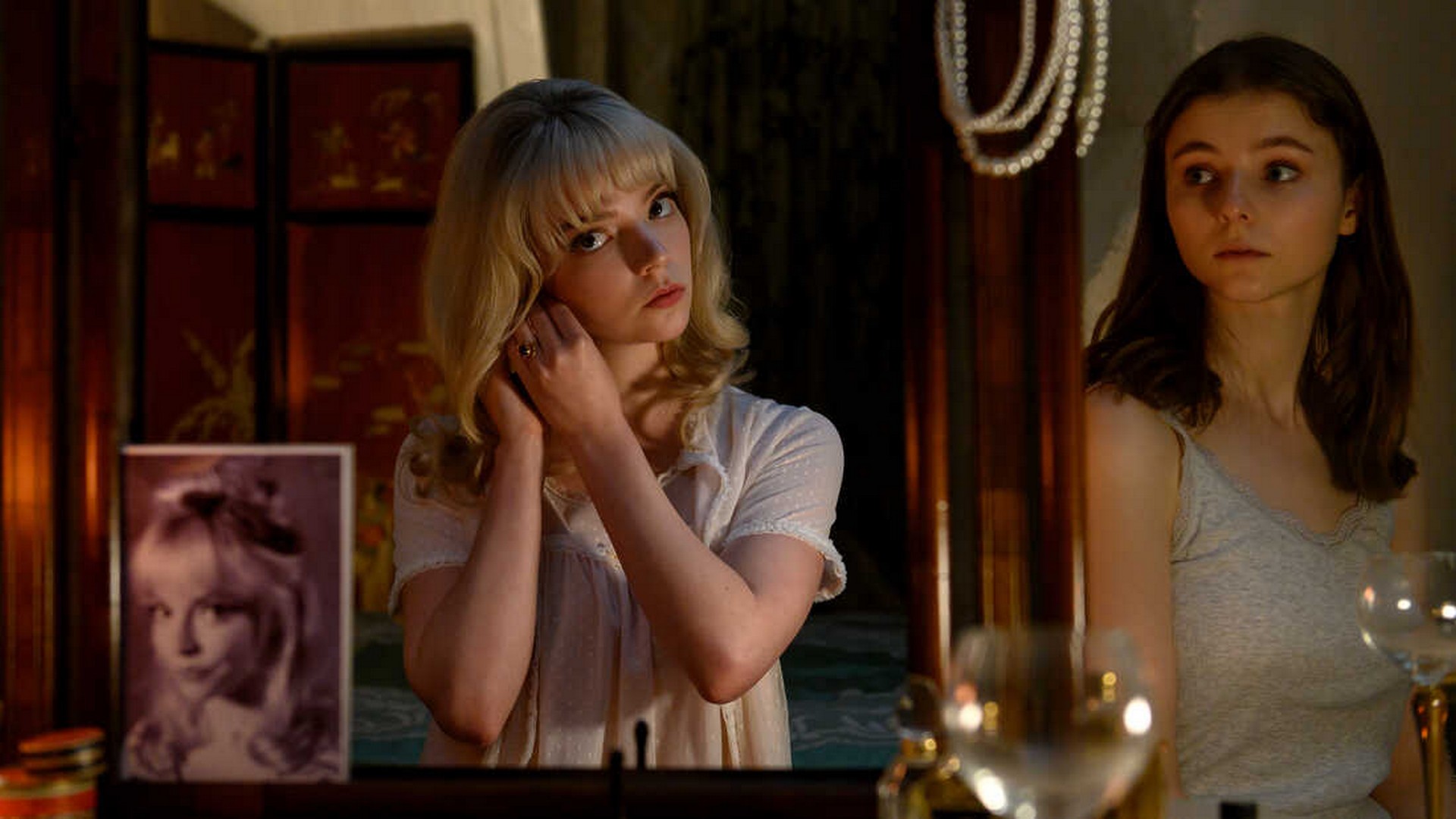 Edgar is not the first director to time his scene transitions and lighting to the sound design but he certainly has a gift for delivering this very format. As a viewer, I felt as captivated as Ellie was by the sudden transitions to the ’60s with the extravagant aesthetic extending from the era-appropriate cars to the dapper fashion sense. The musical score was such an integral part of the film and it followed Ellie throughout in such a clever manner. All of the glitz and glamor was already a lot to process for Ellie and it gets further complicated when her reflection showed a complete stranger. The use of mirror work was a consistent element that played on old superstitious beliefs surrounding mirrors being a gateway to the supernatural.

Anya Taylor-Joy from the critically acclaimed Queens Gambit plays Sandie, the aspiring singer and dream counterpart to Ellie. Her confident and graceful demeanour was as radiant as her poise and voice. It was everything that Ellie envisioned that she could be, and the charming Jack tied it all together in a neat little bow. The talented Matt Smith, known for recent roles such as Prince Philip in The Crown, was a striking presence on screen and was able to draw focus even when surrounded by eye-catching set dressings.

The seamless transitions and melding of the two worlds felt effortless and learning how much was of the work was practical choreography was surprising. The more that Ellie let herself be consumed by the emotions of her dream world, the more it began to shape her own personality. That is until the cracks began to show and her visions slowly became a twisted nightmare leading to some horrifying realisations. The tone of the movie and characters would slowly decay as the colour scheme matched the growing despair.

Certain moments of the film led you down the garden path with certainty that you had it figured out, only for you to reach the end of the path and your theory be turned upside down. Up until this point, her connection with the neon wonderland was quite aloof, and as the pieces started to connect, so too did the audience’s dread. 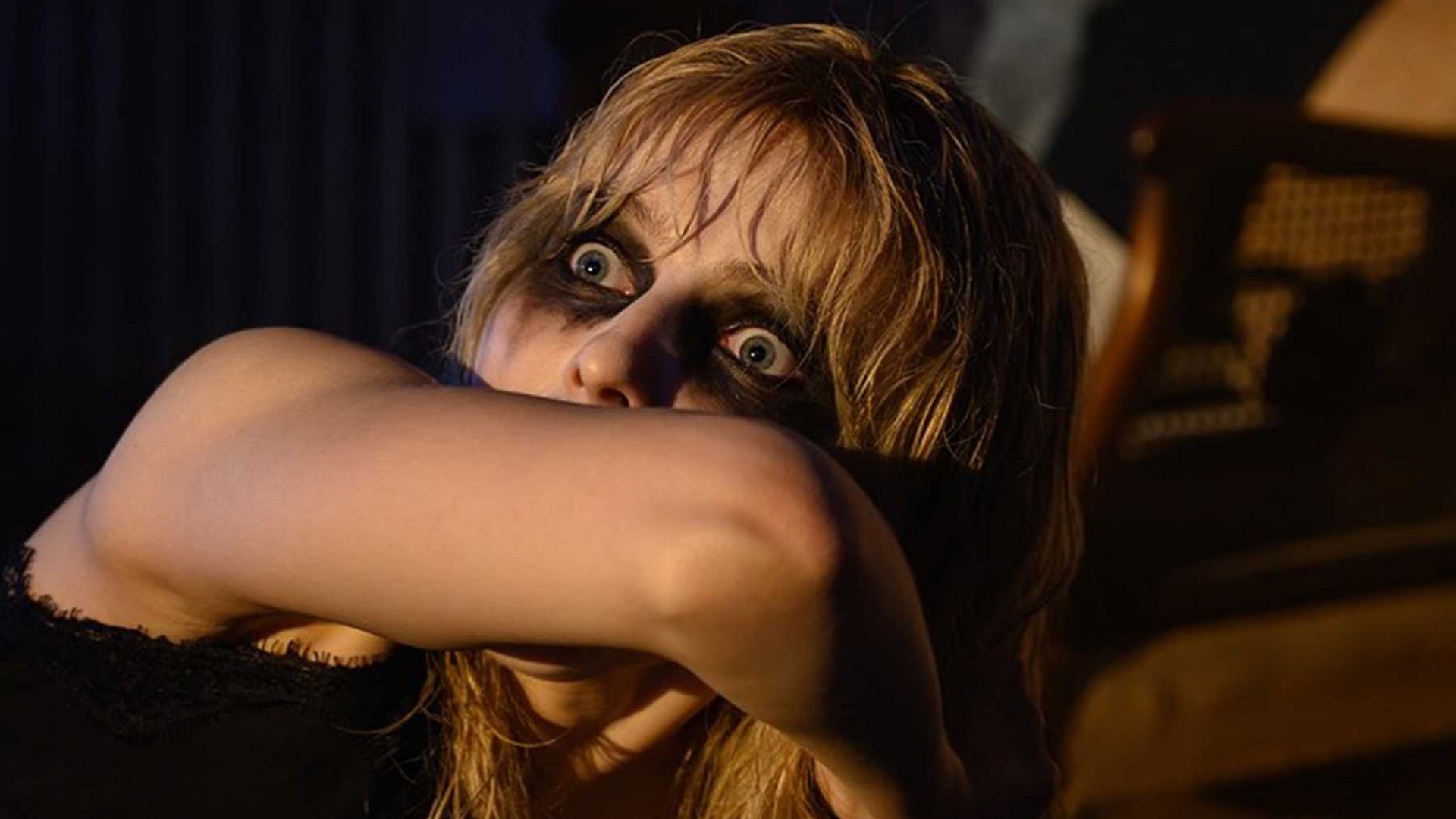 Everything up until this point has felt like the incline to a roller coaster, slow, deliberate and exciting. Once we hit the apex though, the fear, adrenaline, and breath-catching moments came in spades. I absolutely love the pacing of this film, everything including the music and world-building helps to build a cohesive narrative over two-time lines. The happy upbeat tempo remained present but the further she was plunged into losing a sense of control, the more distorted and twisted the same beat became.

Jump scares are always synonymous with a sudden or unexpected burst of sound but the same effect was managed with consistent spine-tingling music. The supernatural elements were always present but I did feel that towards the end of the film they stepped it up rapidly and it almost became too overbearing compared to earlier groundwork.

The undertones of the struggles of modern and past day misogyny were present throughout without overtly stating the fact. There were a plethora of moments framing how abrupt their behaviour was which invoked some illicit reactions. Even in the modern timeline, some moments were layered in between the lines delicately for the audience to feel the same lingering feeling that the characters would. Seeing both Sandie and Ellie process and deal with these issues differently while Jack’s charming demeanour deteriorated in front of them was handled admirably. Seeing the progress through all three acts of the movie from a muted, cautionary tale to a thrilling and desperate horror film left a satisfying lasting impression.

Last Night in Soho is an excellent collection of fine acting, impactful writing, and stellar set designs that is in prime position for some award nominations. Thomasin McKenzie certainly stepped up to the role and owned her performance with superb chemistry with Anya Taylor-Joy and Matt Smith. I hope to see Edgar Wright return to this genre again, as his work is always a puzzle that demands multiple viewing to find all the pieces.