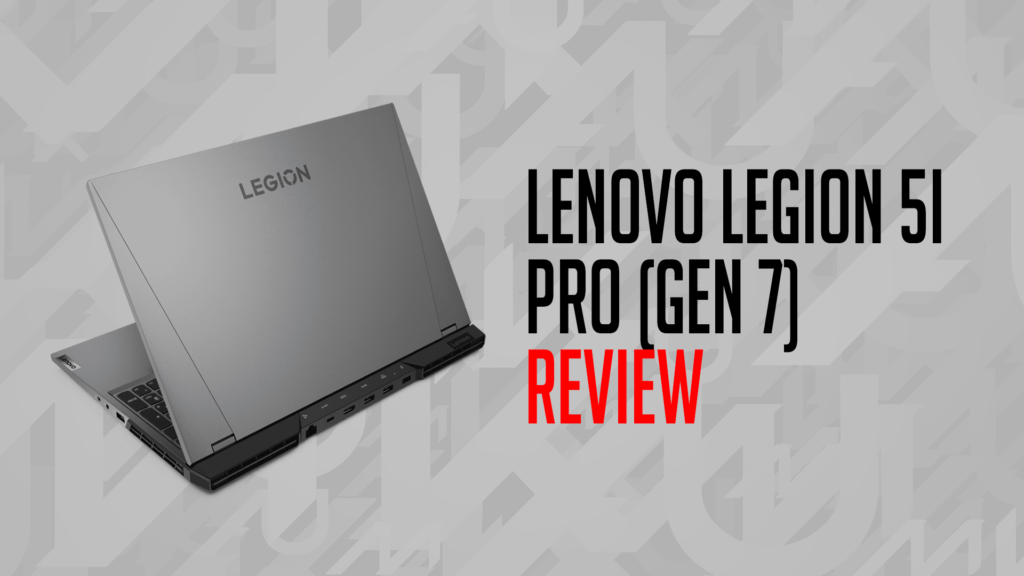 Before working with MKAU Gaming, I had never been exposed to Lenovo as a gaming brand. The retailers I have previously worked at carried the brand, but they were more focused on the normal user or small businesses, and as much as they thought they could delve into the gaming side of things, they never really carried anything I would exclusively class as such. However, with Lenovo being one of the best-selling brands they carried, you can understand my excitement at being told that a Legion had arrived and was waiting to be reviewed.

The Lenovo Legion 5i Pro Gen 7 16” gaming laptop is one of the more customisable laptops on Lenovo’s website, with options to increase the amount of RAM, upgrade and add storage space, and even potentially replace the stock GPU with up to an RTX3070Ti. Of the three pre-built models available, the one we received featured the Intel Core i7-12700H 14 core, 20 thread CPU with up to 4.70GHz on the turbo.

It came with the standard 16GB DDR5-4800MHz RAM and the base (and I use that term loosely) NVIDIA GeForce RTX 3060 6GB GPU. This particular model also has the option to have up to two 1TB SSDs included, and that is exactly what Lenovo has thrown into this sample product we received. Unfortunately, to get the Legion TrueStrike RGB Keyboard, you’ll need to buy the version that comes with the RTX3070Ti as standard – ours had white backlight keys. 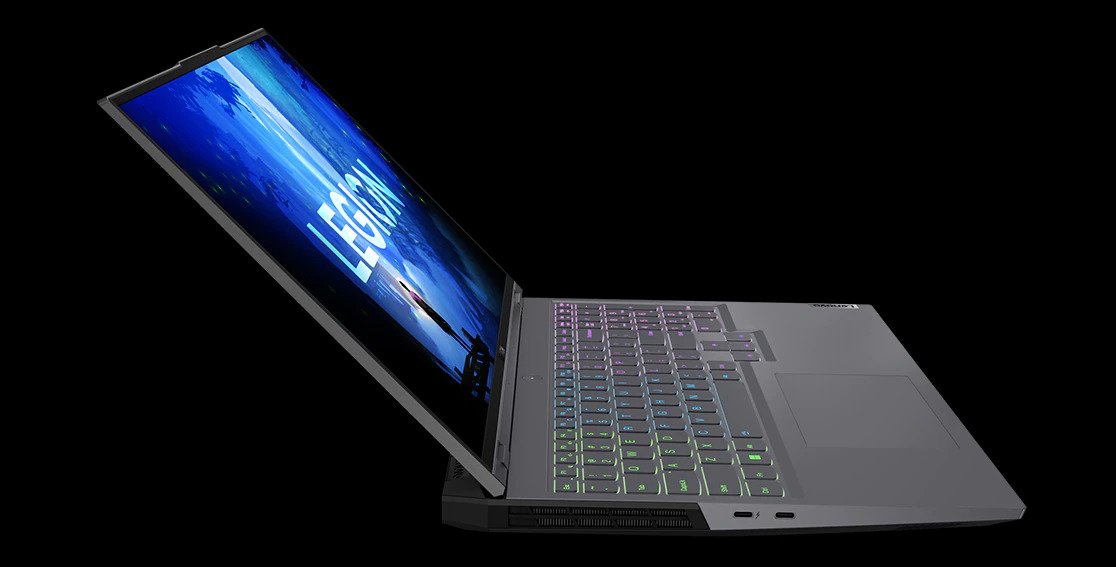 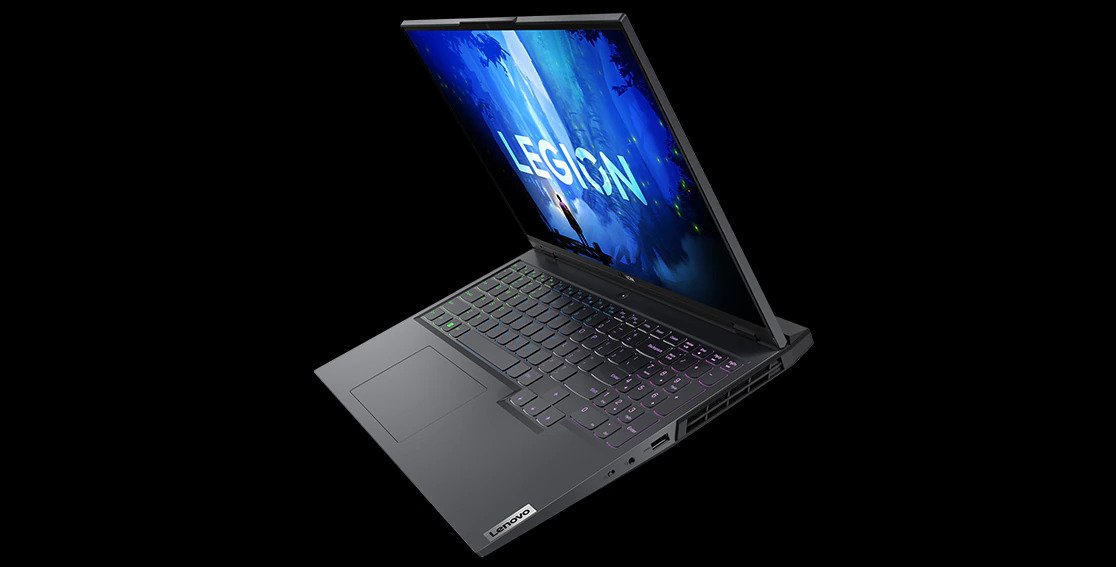 It came with the standard 16GB DDR5-4800MHz RAM and the base (and I use that term loosely) NVIDIA GeForce RTX 3060 6GB GPU. This particular model also has the option to have up to two 1TB SSDs included, and that is exactly what Lenovo has thrown into this sample product we received.

Aside from the mirror-like LEGION wording on the casing, you wouldn’t necessarily guess that this was a gaming laptop as it is fairly simple in its appearance unless you look a little closer. The keen-eyed will notice some fairly substantial and aggressive-looking cooling vents on the sides and back, and nearly half of the underside is made up of airflow-enhancing cutouts. While it’s not immediately accessible unless you’re prepared to void your warranty, these vents allow the Legion Coldfront 4.0 thermal system to multiple ways to keep your CPU and GPU running cool, and while the fan system is 140% more powerful than its predecessor, the blades are 40% smaller, meaning you’ll barely hear a growl from the beast hiding within.

Even though the model supplied to MKAU Gaming didn’t include all of the available upgrades, the Lenovo Legion 5i Pro Gen 7 16” gaming laptop packs quite the punch. User Benchmark rated it quite highly overall, but as good as those tests rate it, the real insight comes from actually playing some games on it. My go-to game at the moment is Star Citizen, both for its beauty and its gameplay, and in its current state, it’s very demanding on your system.

If you haven’t had a chance to check it out, I strongly suggest you go watch a couple of YouTube videos on it. The amount of detail in the ships and landscapes is incredible, and you’ll see why it’s so brutal on your system. Anyway, I digress. Running in Full HD with everything set to its highest and best settings, including volumetric clouds, I was consistently holding a minimum of 60 FPS. That might not sound like a lot, but it is Star Citizen, and running something a little less intense, such as Arma 3, I was maintaining a near-constant 100 – 120FPS. 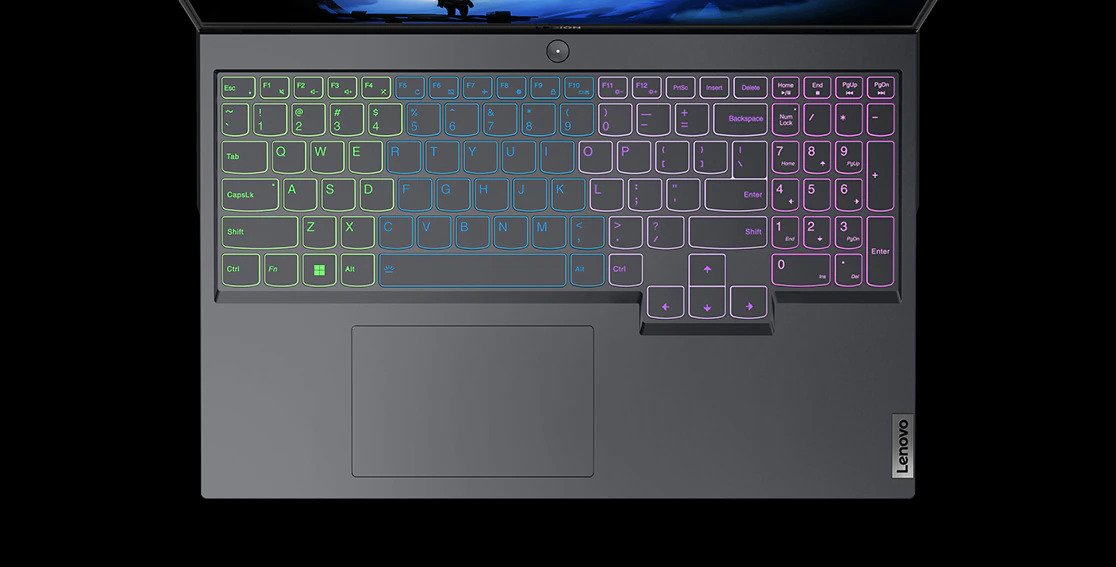 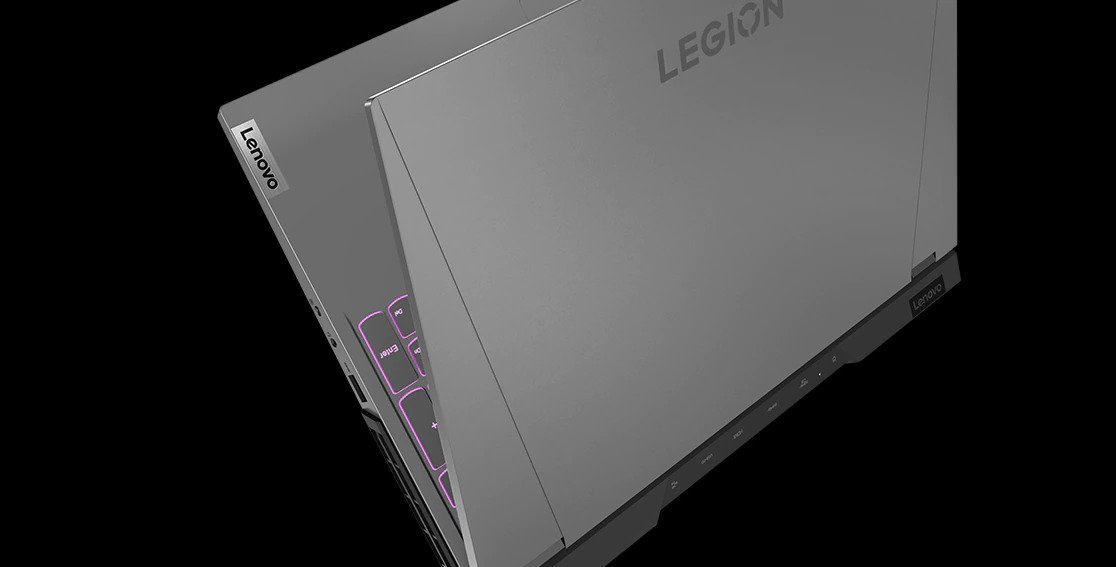 This is all displayed beautifully on the world’s first 16” WQHD+ 165Hz, IPS, 100% sRGB, HDR400 display. Try saying that ten times fast. Without going into detail, mostly because it would take several pages to explain it all, the anti-glare screen was a dream to use in both high and low light conditions.

The 165Hz refresh rate meant for some incredibly smooth motion, particularly combined with G-SYNC, and the IPS 100% sRGB meant the colours were incredibly bold and vibrant, so not only is this computer a beast when it comes to gaming, but it would be absolutely perfect for editing photos and movies. Unlike most gaming laptops out there, we’re also spoiled for choice when it comes to connectivity, with three USB-a connections and three USB-C ports, plus there’s an HDMI connection should you require an additional monitor.

If it weren’t for the fact that I had just purchased a new notebook for my new nine-to-five job, I would be begging Lenovo to let me keep the Legion 5i Pro Gen 7 16” gaming laptop. It’s everything I need in a gaming laptop, while still being light enough to take into the office or to an on-site photo shoot. Unfortunately, it isn’t cheap, and without upgrades, it’ll set you back in the vicinity of AUD 3,400, and compared to some of the EOFY sales we’re seeing at the moment, it’s a hard sell.