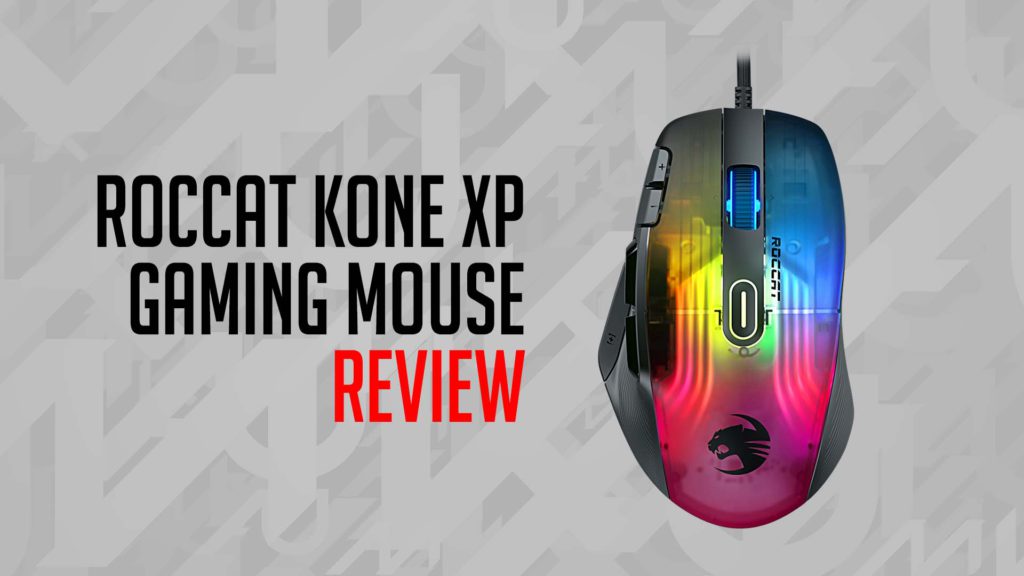 I’ve said it before, and I’ll say it again. I love RGB! So much so that I’d been trying to teach myself to program Arduino boards and create my own RGB decorations, and it’ll come as no surprise that my PC is full of pretty colours.

The ROCCAT Kone XP caught my eye the moment it was delivered to the office, with the box displaying a mouse that was almost entirely made of translucent plastic and absolutely glowing with RGB. To top it all off, it has buttons! Fifteen of them! It might not be as many as the one I normally use, but certainly more than normal. Of course, you’ve got your normal clicking buttons and your scroll wheel with side-to-side clicking, but it features an additional five buttons located within thumb reach on the left-hand side and an additional two that can be readily clicked with your index finger.

Using ROCCAT Swarm, each of these buttons can be reprogrammed to do something else, and I would strongly suggest doing so as some of the default settings didn’t quite make sense from a gaming perspective. The two buttons mounted adjacent to the click button, for example, are set to adjust your DPI up or down, and with an accidental miss click, you could start cycling the performance instead of pulling the trigger. 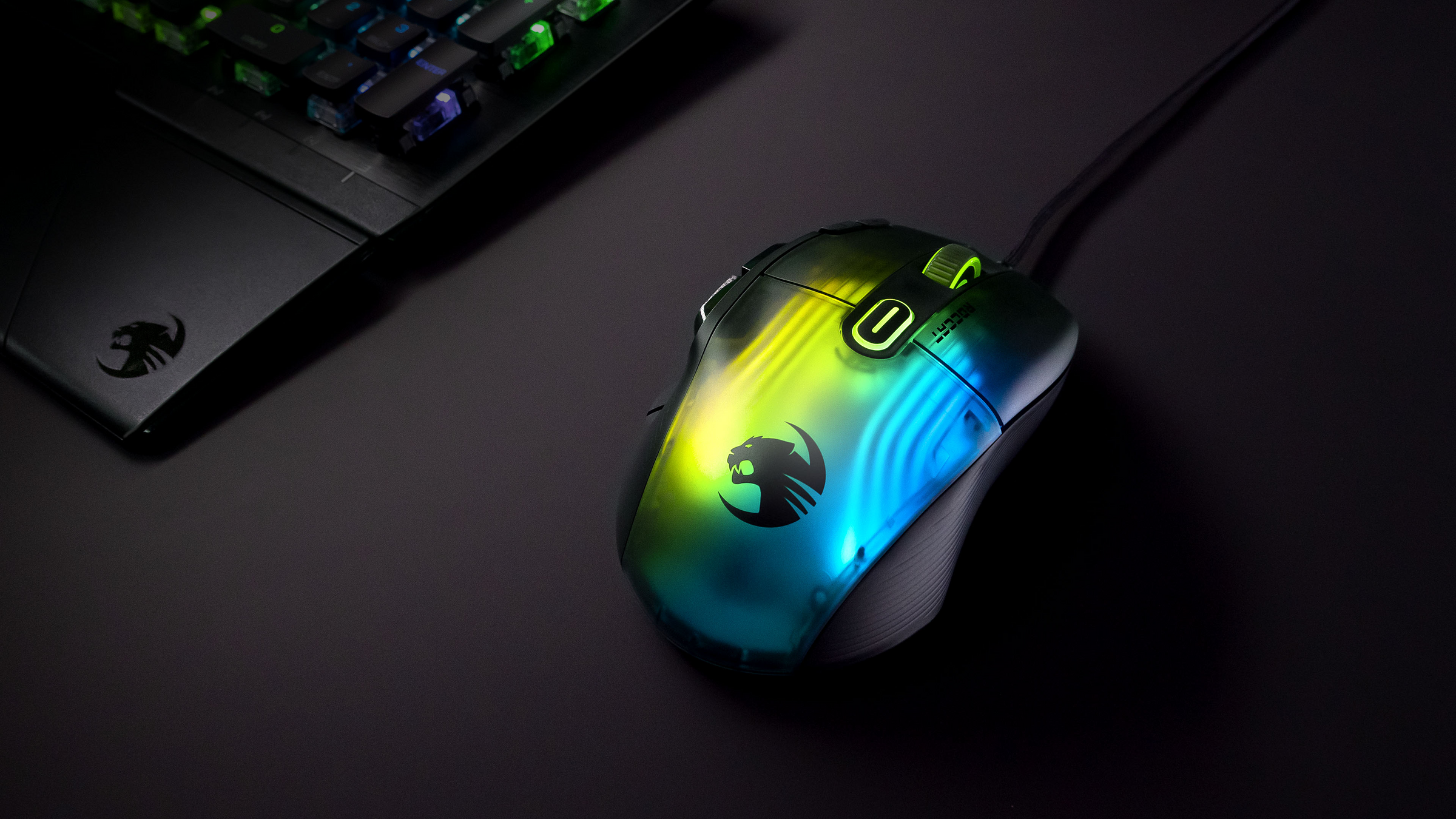 On the other hand, the button located bottom-most on the left-hand side activates Easy-Shift[+], which effectively doubles the number of buttons you have available, and once again, these can be mapped however you see fit. Unfortunately, there is a downside to this, and it’s that not all of the buttons are easy to press while you’re also activating the Easy-Shift[+] button. This can be fixed by adjusting the mapping, but I don’t feel like it should be something that has to be fixed.

The RGB effects are really quite awesome to watch, and the translucent shell has been crafted in such a way that it will channel the lights along a certain path, making it look like it has lighting tubes underneath the plastic. With 19 LEDs and the diffused effect that the shell and 8 lighting guides, the colour change is smooth and fluid over the whole surface.

Once again, you can calibrate the illumination as you see fit, setting solid colours or shifting patterns, or you could let the AIMO Intelligent Lighting System do it all for you, automatically drawing inspiration from how you use the mouse as well as other RGB controlling apps you may have on your device. 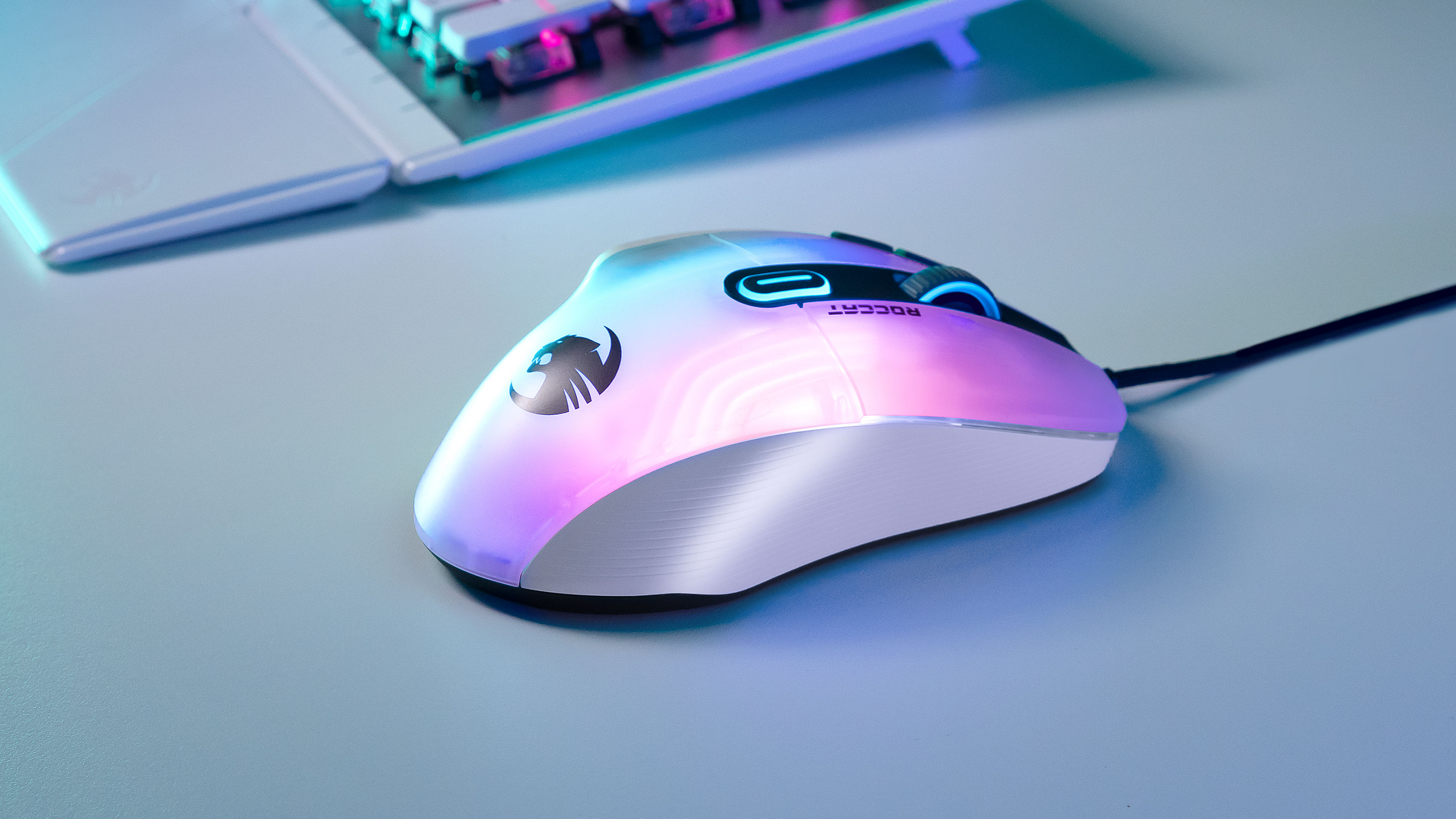 The ROCCAT Kone XP is really comfortable to use as well. It’s nice and light, and it fits my hand perfectly. I feel like I have a better grip and that I’m unlikely to accidentally press a button I hadn’t intended on using. They even supply additional anti-friction pads to replace the ones that come pre-installed, allowing you to swap them out and continue to play with some of the smoothest motion I have ever felt. To make full use of just how smooth the PTFE glides are, ROCCAT has included an Owl-Eye Sensor, capable of DPI ranges up to 19,000, as well as a polling rate up to 1000Hz. You won’t have to worry about your buttons failing either, with the optical Titan switches able to withstand up to 100 million clicks.

The only thing that may be considered a downside to some is that this is a wired mouse. It is going to take up one of your valuable USB ports, and there will be a fairly thick, albeit very well made, USB cable running from your PC across your workspace. I see this as a plus side myself, as you won’t have to ever worry about your mouse batteries failing mid-game, and if you keep your desk clean, you won’t be dragging and knocking everything over. Worst case scenario is that the cable looks a little messy, and is that really that big of a problem?

The ROCCAT Kone XP is a really intuitive mouse, and I’m really impressed by its design and quality. It’s comfortable to use, it’s easy to set up, it has plenty of settings to adjust and customise, and it has an RGB light set up that oozes life. ROCCAT has also demonstrated that you don’t need so many buttons crammed on the side of your mouse – all you need is Easy-Shift[+] and you can double what you have access to.