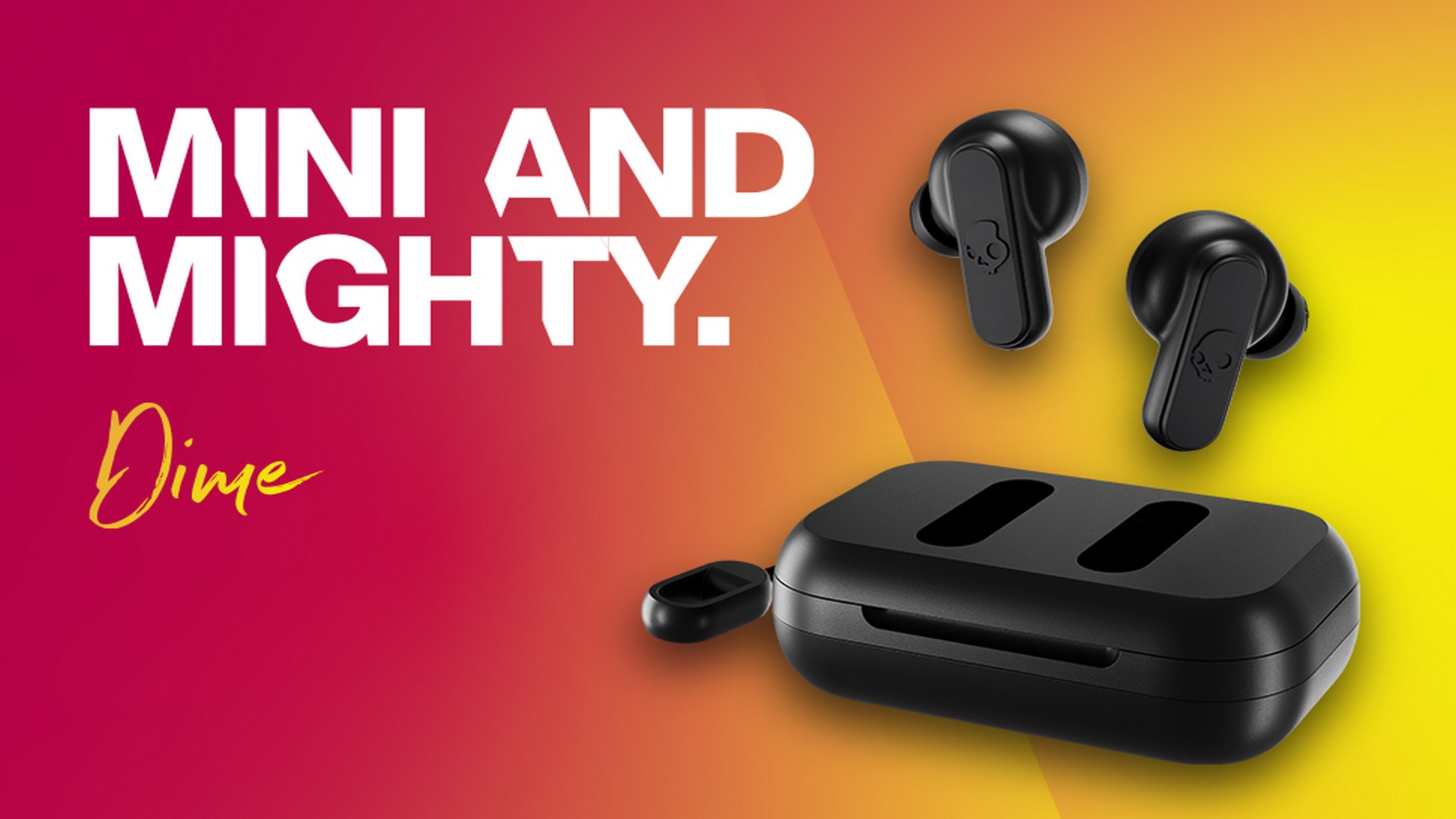 After having a chance to try out the Skullcandy Indy Evo last year, I have spent a lot more time listening to music. There’s something to say about not having to worry about cables not catching on you when you turn your head or worrying that maybe the cable just isn’t long enough for what you’re doing. Wireless is fantastic. The Skullcandy Dime Earbuds is another such set of wireless headphones, but this time they’re quite a bit more affordable. Of course, normally when items are a bit cheaper we miss out on some key features, so what is missing on the Skullcandy Dime?

First and foremost, setting these up was an absolute breeze. You pull them out of the case and hold the power button for 4 seconds. Doing so will put them into pairing mode and you can quickly and easily identify them on your phone. They also come with a 90% battery charge, which I coincidentally found out by mistake. They do have a small piece of plastic that covers the charging terminals located on the earbuds, and you’ll certainly want to remove this before you can actually charge the buds themselves.

Fortunately, just like the Indy Evo, the Skullcandy Dime comes with a charging case that allows users to charge them on the fly, without having to worry about finding a PowerPoint or carrying a cable with them all day. This handy little feature has come in very useful on multiple occasions for me, and it’s something that I am now taking for granted. 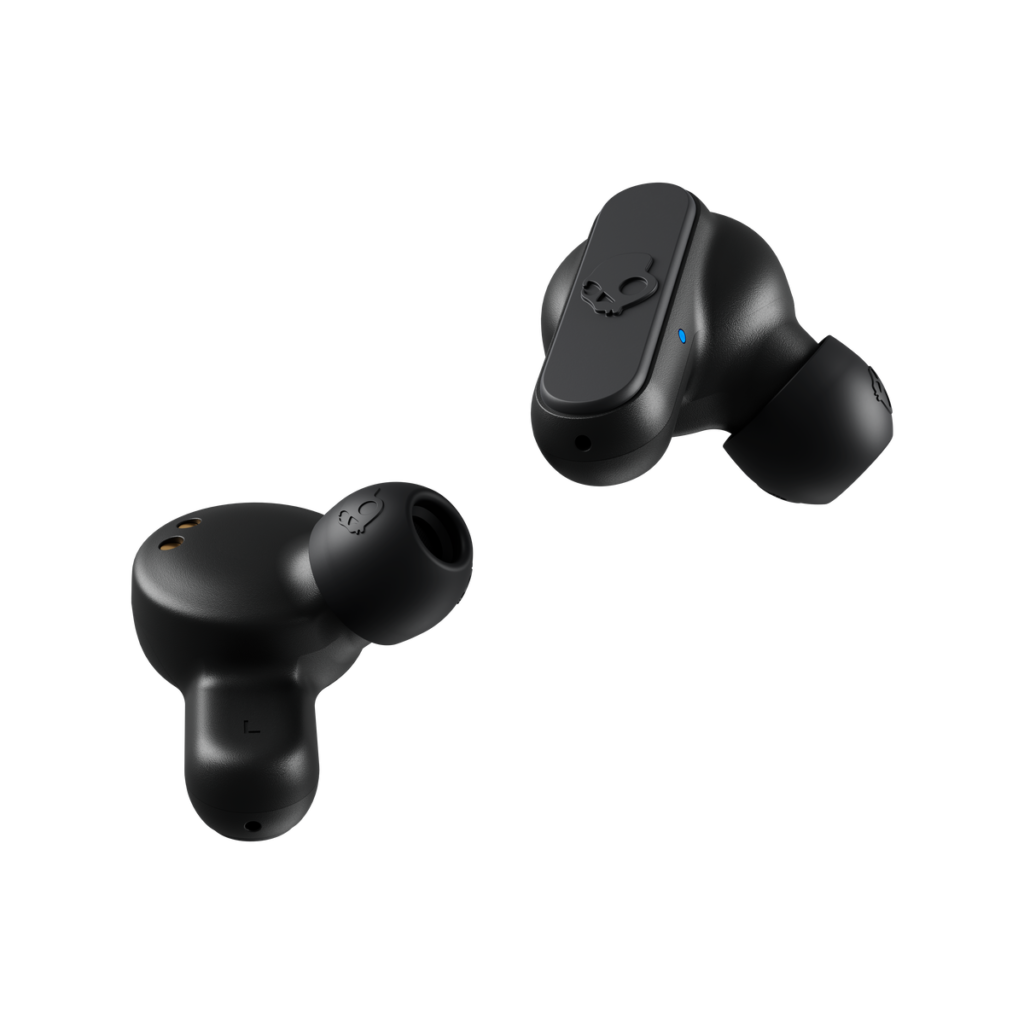 Unlike the Indy Evo, The Skullcandy Dime isn’t compatible with the Skullcandy App, so you do miss out on some features like Ambient Mode and the Equaliser. In all honesty though, for general use, you don’t really need these, as the Skullcandy Dime sounds a lot better than its price tag suggests. In fact, I was really impressed with the sound quality these gave as I didn’t experience any distortion when listening to music with deep bass or ear-shattering highs. They are a really well-balanced set of earbuds.

The built-in controls are very simple to remember, though I will admit that I used my phone to control them more than the headset itself. Each bud has a tactile button on the side, vs the touch sensor on the Indy Evo. I found this to be a little more difficult to use, unless I was gripping the earbud while activating the button, so for me personally, it was just easier to do so on my phone.

I also found myself struggling to locate the exact position of the button, as it is covered by a comparatively large piece of rubber with the Skullcandy logo embossed on it. The button itself is located directly under this logo, but it would seem my fingers weren’t quite sensitive enough to feel this properly. Over time I will get used to its location, but for now, it was just easier to use my phone. 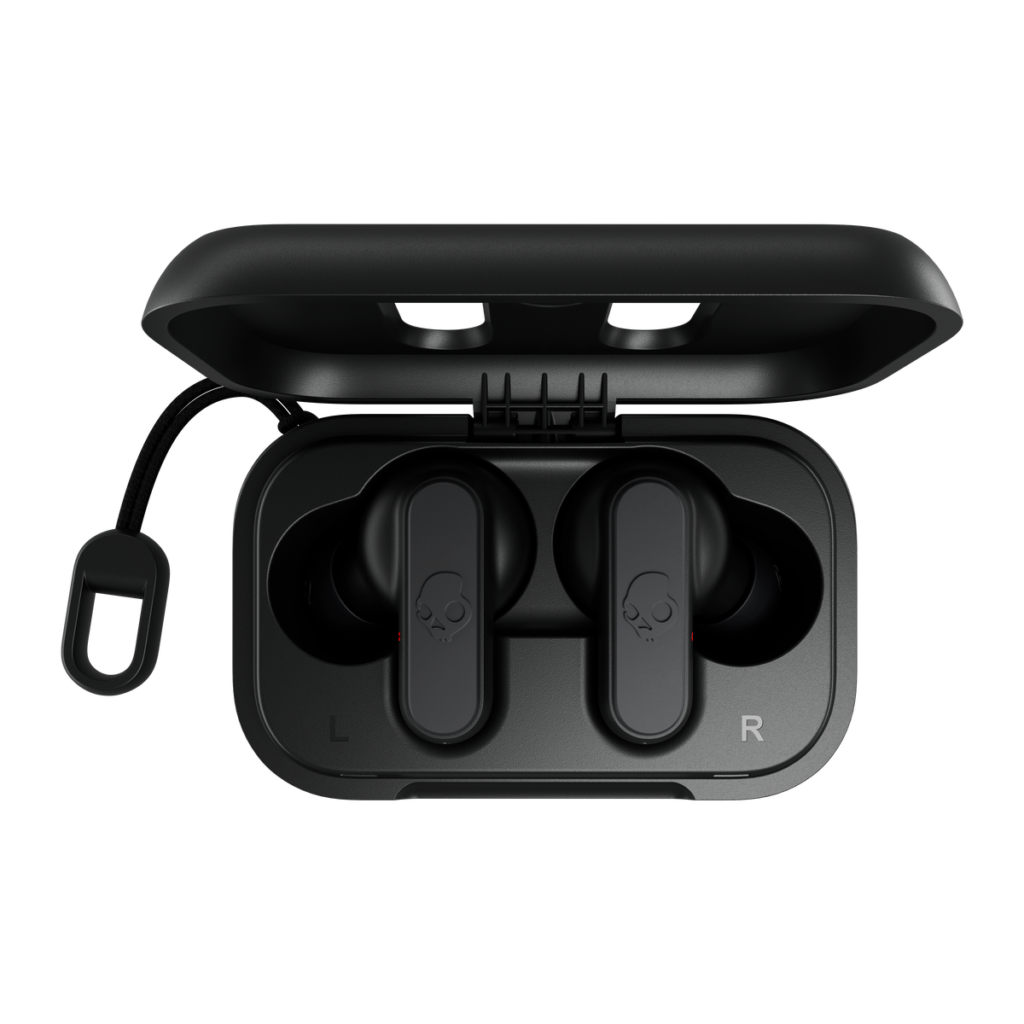 The only real drawback with the Skullcandy Dime is its battery life. The Indy Evo had me spoiled with a combined battery life of 24 hours. The Dime halves that value, with the earbuds running for up to 3.5 hours, and the case holding an additional 8.5 hours of charge. That is 12 hours of total playing time, which in itself is quite decent. I’ll throw mine in while I travel to work, again on my lunch break, and then one last time on the way home.

Of course, others might use them while at work or during a long flight, but for most people, this 12 hours is more than sufficient. Plus, if you’re really worried about battery life, you have the option of using a single earpiece at a time. You’ll only get a couple of extra hours out of it, but desperate times call for desperate measures.

The Skullcandy Dime is a fantastic set of wireless earbuds, particularly given the price tag matches the physically small size of the product. They offer great quality audio, they’re simple to use, and they have a battery life that will keep most users going for the day. For the average user, these aren’t missing anything that some of the more expensive earbuds are, so why not treat yourself.