By Shane Fletcher on November 7, 2022 on Hardware, 2 More
close [x]
Tweet
No Comments 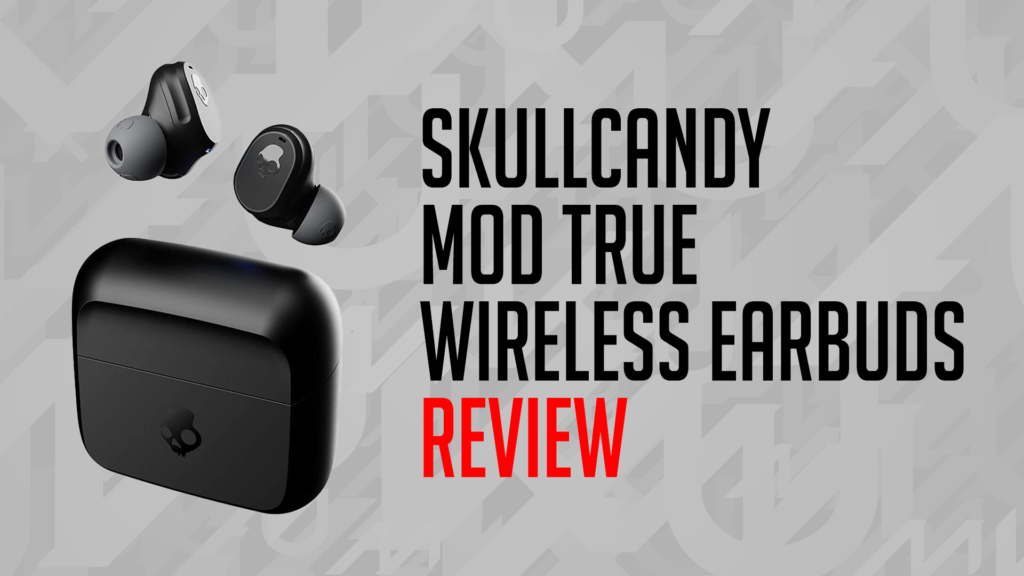 Bluetooth earbuds have fast become a necessity these days, and having a reliable, long-lasting pair can often come at quite an expense. Skullcandy has been working tirelessly to service people of all budget brackets, and their latest addition has increased the quality of the product without jumping up a price tier.

The Skullcandy MOD True Wireless Earbuds I got my hands on were the “True Black” edition, which pairs nicely with the grey ear gels for a professional-looking design. The earbud itself has a flat display on the outside with a button hidden under the surface which controls the functions of the device, but more on that in a moment. As for the inner ear portion of the earbud, there is a curved design on the bottom with a less pronounced section on top so it can fit snuggly and rest flat with your ear.

The speaker portion was shaped to seal in the earbud for an impressive noise-cancelling sensation. It also comes with three different-sized ear gels so that you can get just the right fit. The carry case came in a hardened outer casing which had rounded edges with a slight lip so you can easily flip the lid open one-handed. The earbuds both charge and are held in place with a magnetic connection, and even with the earbuds in the case itself, it was impressively light in my hands. 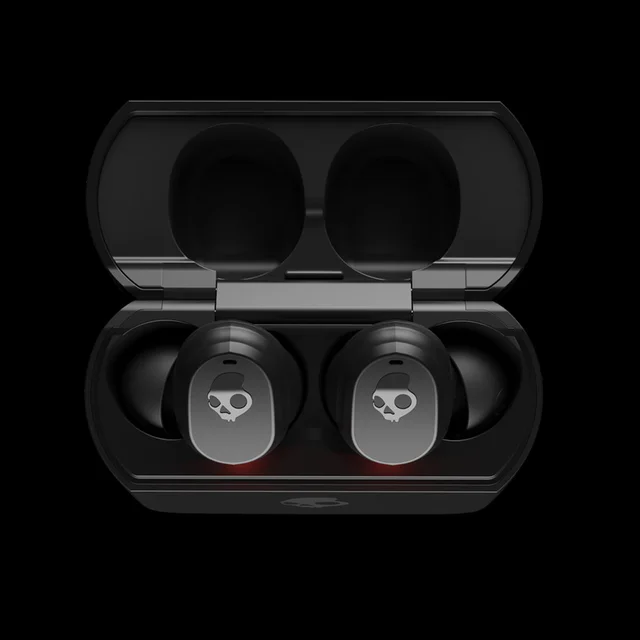 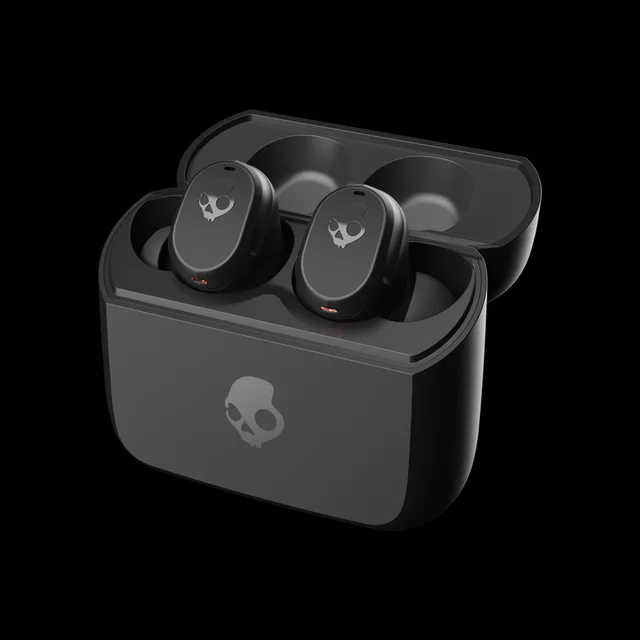 Finally, the small LED light on the bottom of the case next to the USB-C charge port would glow orange and green to indicate the battery level, and the two small LED lights on the earbuds shared a similar feature to indicate if they are in pairing mode, connected, or running low on power.

So, we have covered how beautiful these earbuds look, but looks aren’t everything if you can’t back that up with performance. With a 7-hour battery life on the earbuds, and a further 27 hours worth of charge time on the carry case, these headphones survived my weekend out without a hiccup. I was listing to podcasts on my phone during the day while I carried out my daily activities around the house and backyard, which, with the IP55 sweat and water-resistant design, was able to survive the Australian heat and the sweat it brings. I returned them to the case for a bit of a charge and then paired them with my laptop to play some games after lunch, and after several hours, they were still going strong.

It should also be pointed out that during my gaming sessions on the Laptop, I was able to use multipoint pairing, so when I got a phone call, I was able to answer the call seamlessly and then return to gaming without having to juggle the pairing on both devices. The microphone is built with a ‘Clear voice smart mic’ and was clear when picking up my voice, but it was subject to background noise if I was in a busy enough area. I was able to maintain a normal speaking volume and never felt I had to raise my voice for the person on the other end of the phone call to hear me. 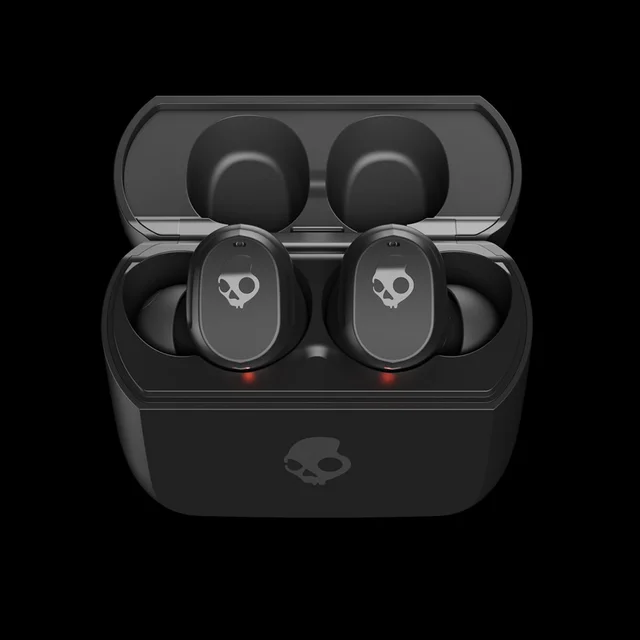 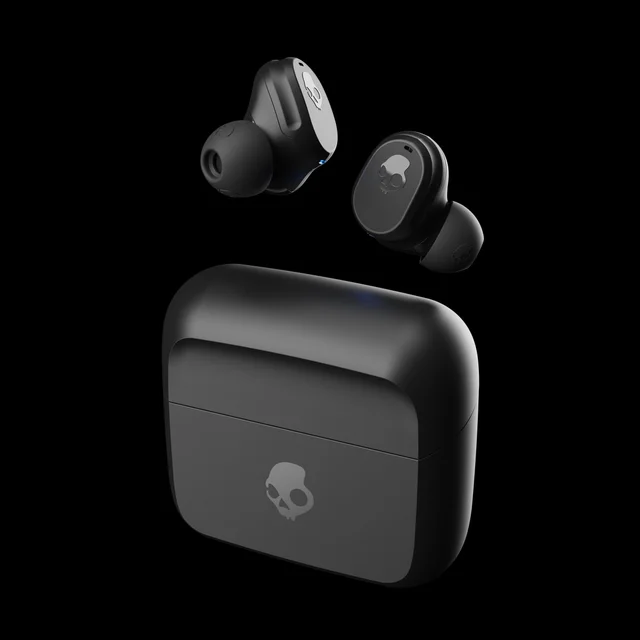 They do come with a ‘Stay-aware’ mode, which allows for more external sounds to come through in case you are working in an office or simply want to be able to hear someone call your name out while using them. I have to say the difference in this mode was immediately noticeable, as the standard mode, I couldn’t hear my wife trying to get my attention while standing beside me, but with the Stay-aware mode active, she could call out from the other room, and I could hear her even with having the volume at a decent level.

The Skullcandy mobile app isn’t required to use them on their own but was able to unlock the full potential of the button that can be found on the top of the face on the earbuds. Each command can be remapped, but as standard, I could pause and play with one button press on the right earbud, as well as answer and hang up on calls with a single press. I could double tap on the right to raise the volume and use the double tap on the left to lower it, or I could hold either side to skip forward and back in my playlist of songs.

The downside here is that it is a tactile button, so it will need to be pressed until you feel the click. I ended up using both my index finger and my thumb to hold the earbud in place to press the button because when I tried to push the button with just my index finger, it put a bit of pressure on my ear if I did it too often.

The Skullcandy Mod True Wireless Earbuds are a professional-level quality design in both function and style. The button functions made it easy work to control my listing options without touching my phone. and being able to pair it to multiple devices was both time-saving and practical. 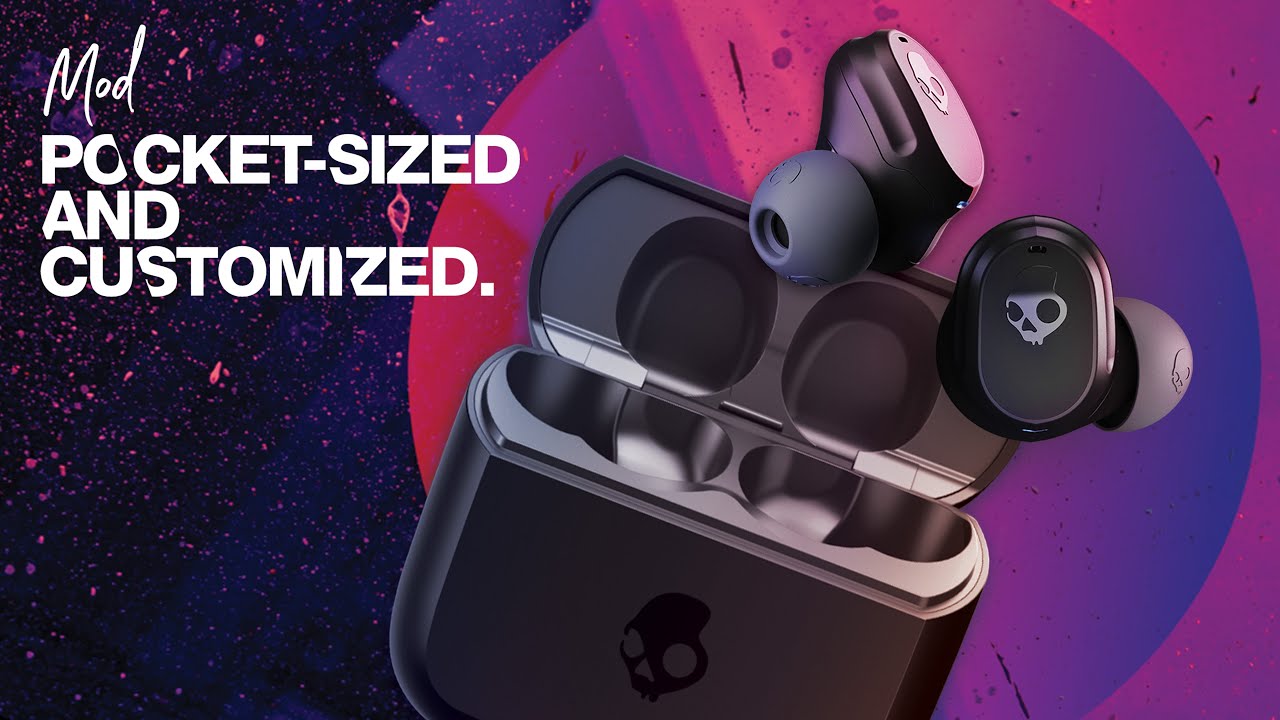