By Mathew Lindner on October 7, 2020 on Hardware, 2 More
close [x]
Tweet
No Comments 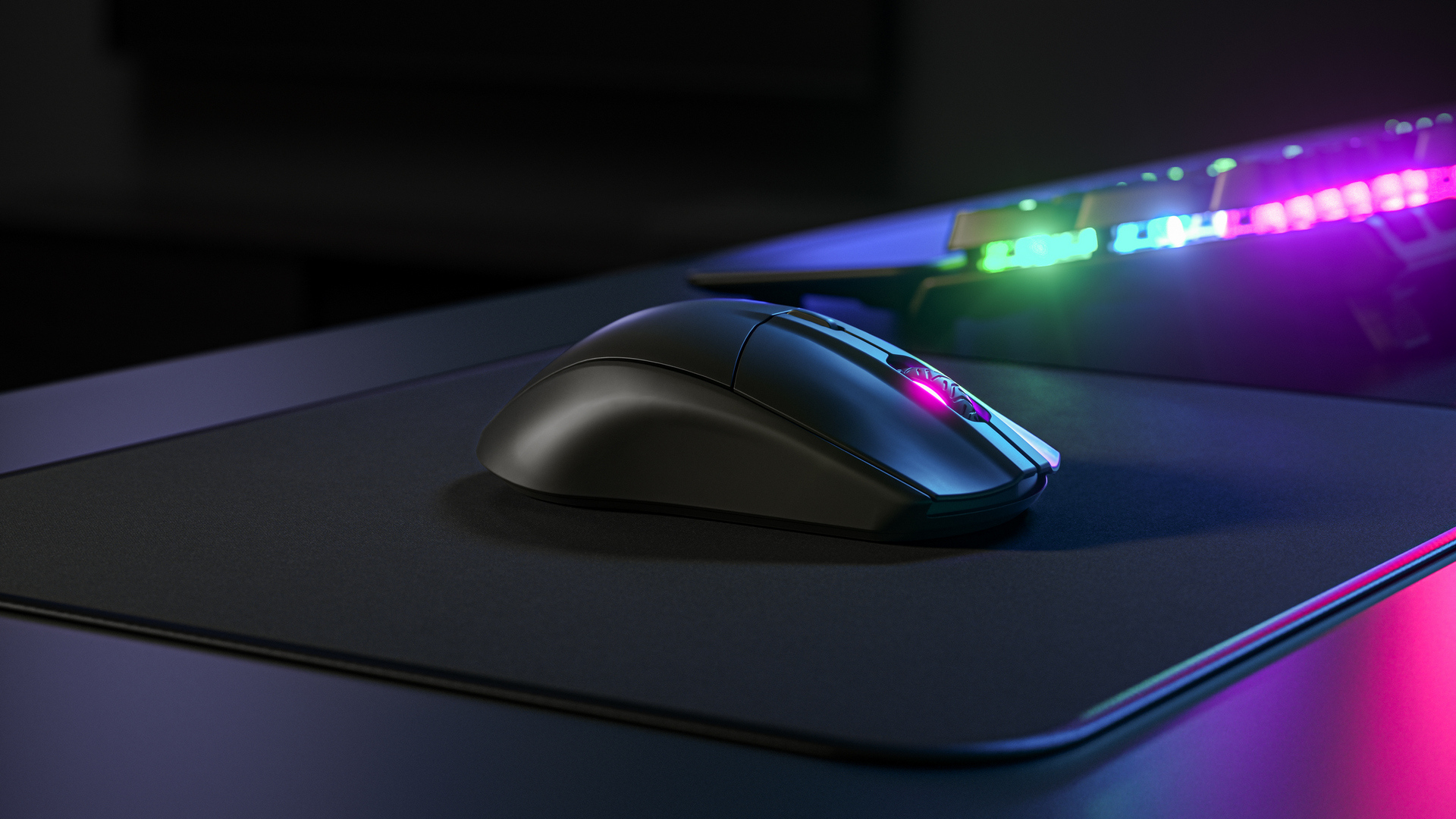 While SteelSeries have been innovating gaming peripherals since way back in 2001, it wasn’t until recently that I really became aware of them, only noticing them when I attended my first PAX in Melbourne 2019. Since then I have started to take a bit more notice, seeing them pop up on various YouTube channels, and generally paying more attention to them in stores. Now that I’ve had a chance to play with their new Rival 3 Wireless gaming mouse, I’m really starting to regret not paying attention sooner.

While the Rival 3 series could be considered entry level, they are anything but, leaving other well-known brands falling to the wayside in comparison. Now with the newly released Rival 3 Wireless, they’ve taken affordable performance to a whole new level. This isn’t the first thing I noticed about the mouse though. The very first thing I noticed was a distinct lack of shiny lights, featuring only a single RGB zone that lights up the scroll wheel. Alas, this is nothing particularly important, though the lack of lighting does help increase the battery life, which we shall get to a little later on.

There is also the fact that the mouse is really quite small compared to what I normally use, which initially lead me to feel like it would be uncomfortable to use, though the reality is very much the opposite. With a smaller form that fits well into my hand and allows me easy access to the 6 programmable buttons, effortlessly gliding over almost any surface and weighing in at only 106 grams (or 3.7ounces for those who can’t count to ten), I found myself wanting to use it more and more. 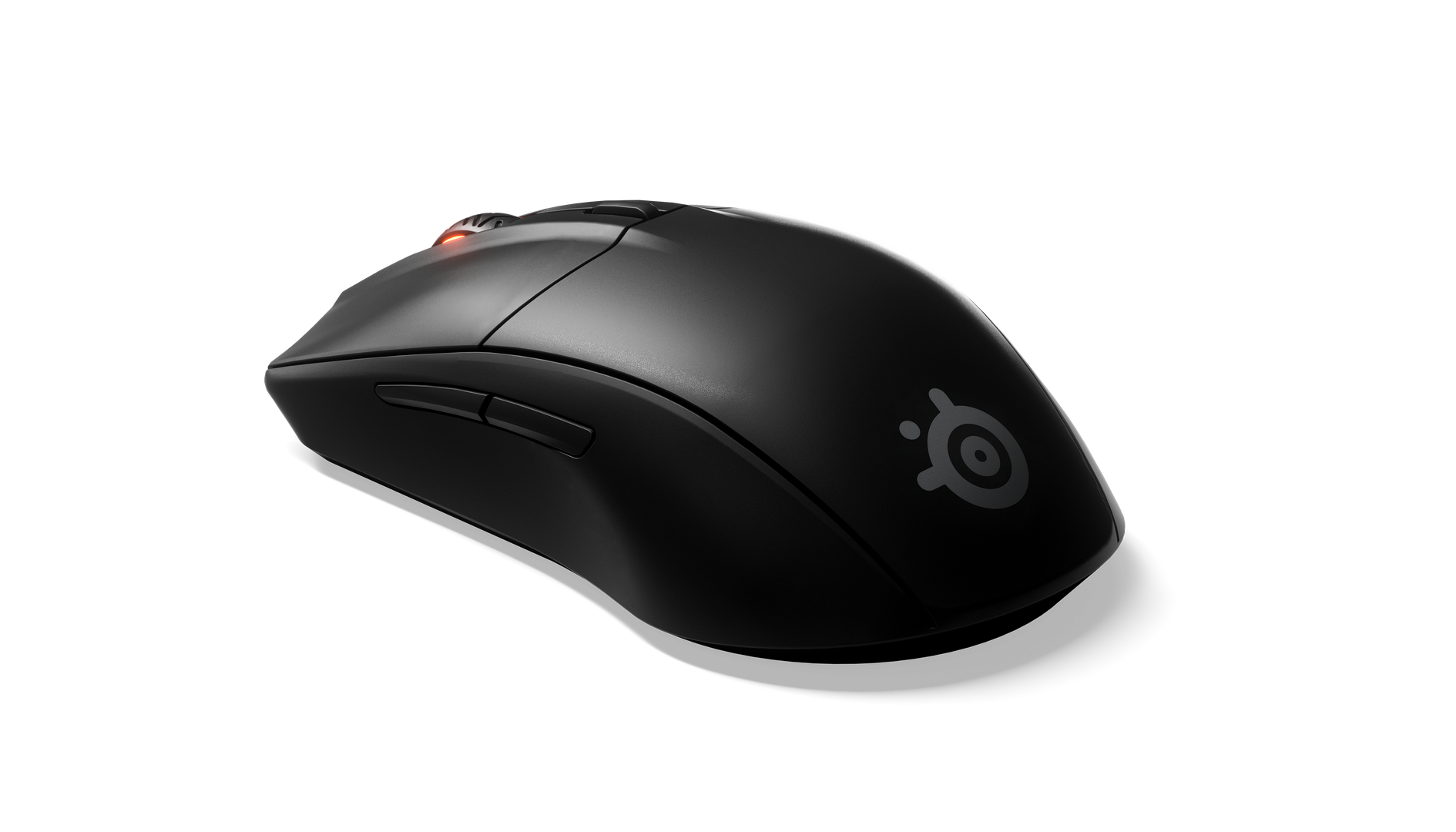 It’s all well and good to talk about how the mouse feels, but we really need to know how well it actually works, and here’s the kicker. It works really, really well. Like, seriously. The Rival 3 Wireless can be connected to basically any device using Bluetooth 5.0, so just for laughs, I connected it to my mobile phone. As the Bluetooth connection is a little on the slower side of things, it’s not really that suitable for gaming. Normal day to day stuff, like browsing the internet, sure, no worries, but not for gaming. This is where the sneakily hidden wireless 2.4GHZ USB receiver comes into play, though this isn’t just any old wireless connection.

The Rival 3 Wireless uses Quantum 2.0 wireless, transmitting data from the mouse to your PC almost as fast as being connected by a cable. This new wireless technology works by transmitting signal through two channels instead of the usual one, but it also broadcasts over 40 possible frequencies, meaning that even if one channel was to fail, the other is right there to take its place, ready and raring to go. Those usual input lags you get when you use a wireless mouse, remember those? Yeah, they don’t exist here. That very basically written technical stuff you just read means that 100% of the data transmitted is sent and received, up to 20% faster than other wireless connections, and the Rival 3 Wireless is the first mouse to ever use this technology. Mic. Drop.

SteelSeries also went ahead and developed a new sensor for the Rival 3 Wireless as well, because what use is that ridiculously fast wireless connection if the sensor suffers from performance anxiety. The TrueMove Air sensor is an optical sensor that boasts some serious numbers, making for a mouse that will turn that 360 no scope into a 1080 triple kill. With a Counts Per Inch rated at up to 18000, the Rival 3 Wireless is 2000 CPI more sensitive than the more expensive Rival 500. The TrueMove Air is also well and truly capable of keeping track of your hand movements, with a rating of 400 IPS. “Is that good?” you ask. 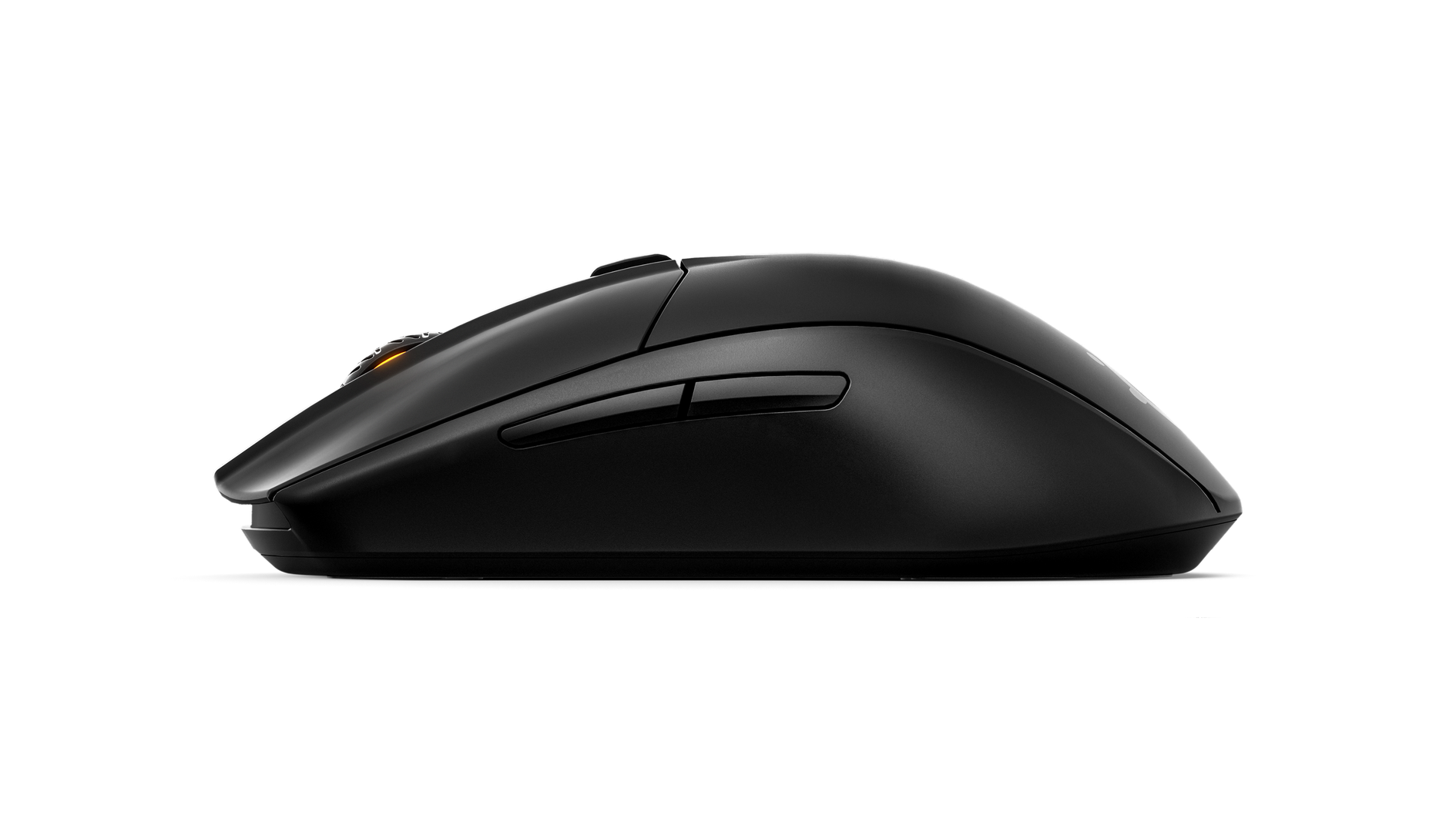 In the hopes of answering your question, I present to you this. At its highest possible settings and assuming my maths skills are up to the challenge, the Rival 3 Wireless can move the cursor 7,200,000 pixels, across 1,875 Ultra High Definition monitors, or across 3,750 Full High Definition monitors in a single second. So yeah, it’s kind of a big deal. I should also note that if you are capable of doing this, you are not human and should be forbidden to play in any eSports tournaments.

Finally, we come to the battery life, the thing I teased you with all this time. Surely a mouse this sensitive, with Bluetooth and Quantum 2.0 wireless, as well as RGB lighting (limited as it may be) can’t sport a very good battery life. You’d be replacing batteries every second day. The answer to this age old conundrum is 400+ hours. “What? How?” Good questions. The answer is mostly in the technology, but also in the removal of some rather pointless, albeit it very pretty, RGB lighting. With the development of the ultra-low latency Quantum 2.0 Dual Wireless tech and the removal of all but one RGB zone, coupled with the battery saver mode in the ever useful and highly recommended SteelSeries Engine 3 software, the Rival 3 Wireless is so energy efficient that you can run even run it on a single AAA battery and it won’t skip a beat.

With its simplified form factor, the durable ABS plastic shell, 60 million click mechanical switches and ridiculously crazy sensitivity settings, the Rival 3 Wireless stands up to its name, easily rivalling and often surpassing the equivalent price point of other brands. If I didn’t need the extra buttons that my current mouse has on offer, I would very quickly replace it for this, because as I mentioned earlier, I am really regretting not paying attention to SteelSeries sooner.