Based on real life events of the lead role Pete Davison, Judd Apatow’s The King of Staten Island follows the story of Scott Carlin, a 24 year old man-child who still lives with his mother. Opening with a scene of Scott speeding down the road with his eyes closed, we are lead to believe that the film will be somewhat dark and brooding, as it appears our main character is hell bent on ending his own life.

With his father’s tragic passing during the events of 9/11 and a friendship group made almost entirely of misfits, we should be expecting to sit through a heartfelt struggle about overcoming mental health issues and learning to accept that which we cannot control, while trying to escape the negative influences and grow as individuals.

Instead, it swiftly devolves into a series of comedic events as Scott makes some questionable choices throughout the film. Choice’s such as tattooing a 9 year old child on a park bench, ignoring the sound advice of one of his more mature friends. This in turns leads to events that sets the tone for the remainder of the film, with the child’s father, portrayed by Bill Burr, forming a relationship with Scott’s widowed mother, played by Marisa Tomei. As Burr’s character shares the same occupation as Carlin’s father, Scott loses control of his emotions and sets about trying to break apart the new relationship, fearing his father is being replaced. 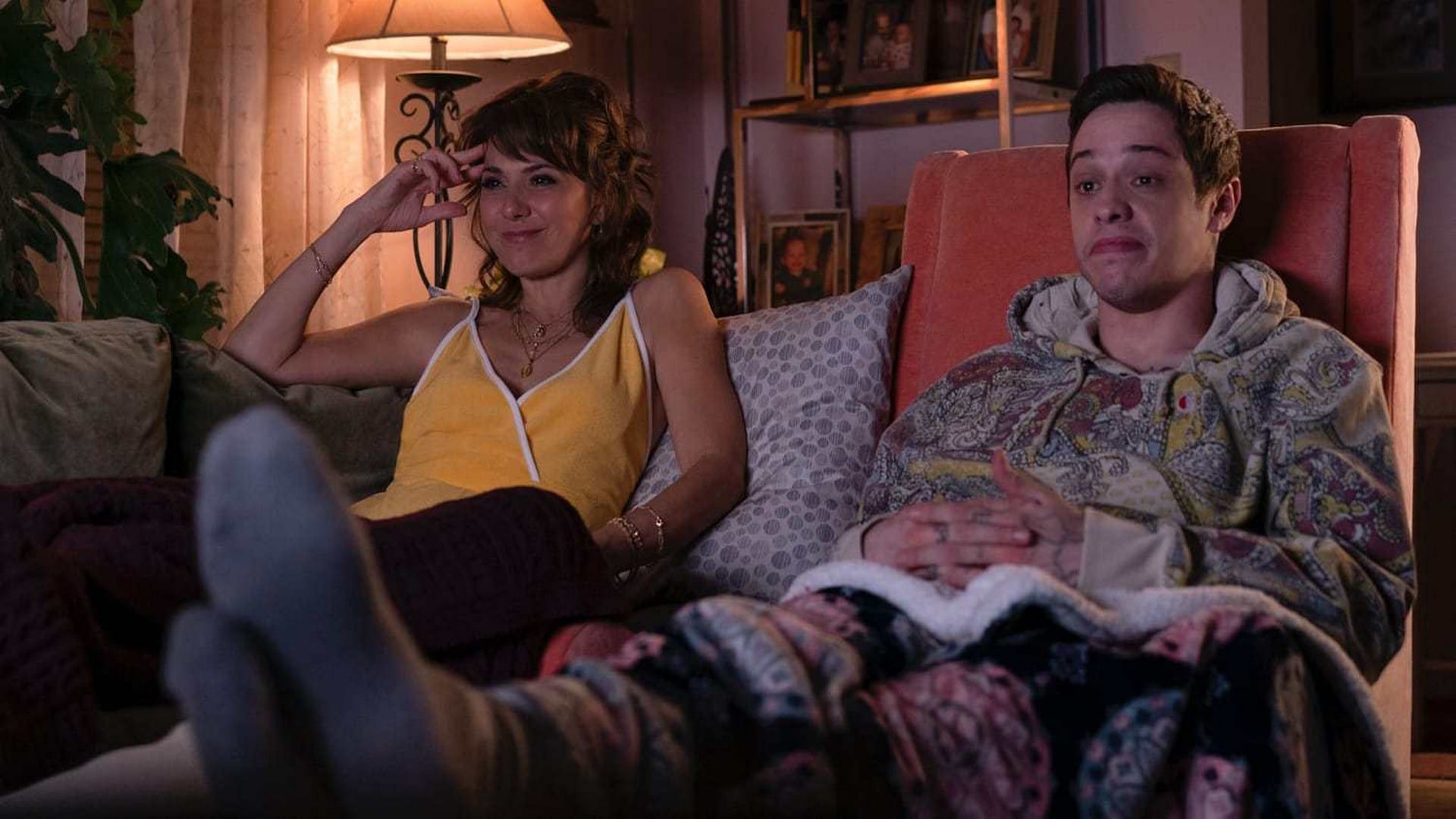 The majority of promotional reels we saw showed a character firmly telling Scott that he is so crazy, he makes everyone around him feel crazy, and this is what we expected to see, particularly after such a powerful introduction. A film about a traumatised and depressed individual, either overcoming his issues, or dragging the world down around him, but The King of Staten Island doesn’t take this seriously at all, instead relying on low level humour in an attempt to keep the audience engaged and interested in an otherwise dull main character.

I don’t know if it was the casting choices or just poor writing, but the supporting actor’s characters were significantly more interesting than Scott Carlin. Even characters that we barely see in the film felt more fleshed out, as if they had whole backstories written to assist with their portrayal.

I feel The King of Staten Island could have shed light and been more serious on some of these events, but instead it has created another reason to laugh about depression, making it seem as though a simple click of your fingers will snap people out of their thoughts. The sense of urgency shown in the beginning swiftly fades away, its meaning all but vanish as the serious tones are thrown out the door and replaced with humour. While it’s confusing in its portrayal of trauma and depression, the general tone set by the movie is quite high energy and filled with laughter.