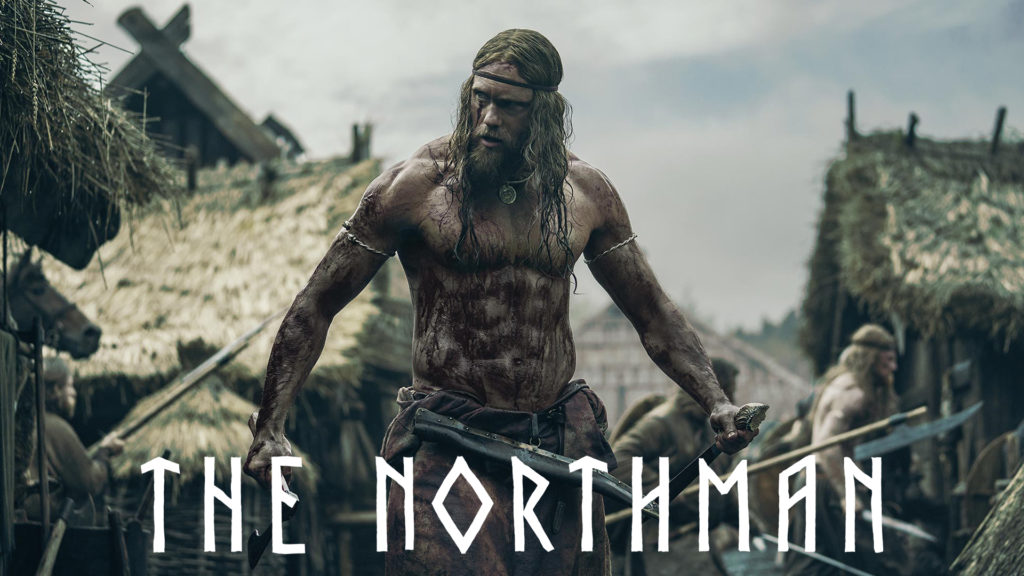 The world over has been the home to many mythologies, each with its own tales, sagas, and stories passed down through generations. There is one tale, however, that has stood against the test of time, been adopted by Shakespeare, and would most likely be the most adopted story of all time. Enter Robert Eggers, coming off the back of directing ‘The Witch’ and and ‘The Lighthouse’ to critical acclaim, comes his latest epic ‘The Northman’. Based on the work of Danish Historian, Saxo Grammaticus, the legend of “Amleth” and his tragic life, filled with betrayal, vengeance, and lust, is in fact the very premise that Hamlet was built from.

During the dead of the winter, King Aurvandil returns to his keep in the aftermath of his dominating raid, to secure a Kingdom that his son stands to inherit. Ethan Hawke draws the audience’s attention with ease as the battle-worn King settles back into his home.

The Queen Gudrún gathers their people, welcoming her husband with an air of regimented culture that has been beaten into her. Nicole Kidman was alluring, distant, and yet commanding as the Queen, and her role continued to evolve throughout the entire film. Far from the stoic couple atop the throne, Fjönir, played by Claes Bang, paints the picture of a man wrought with greed, disdain, and nefarious intent. 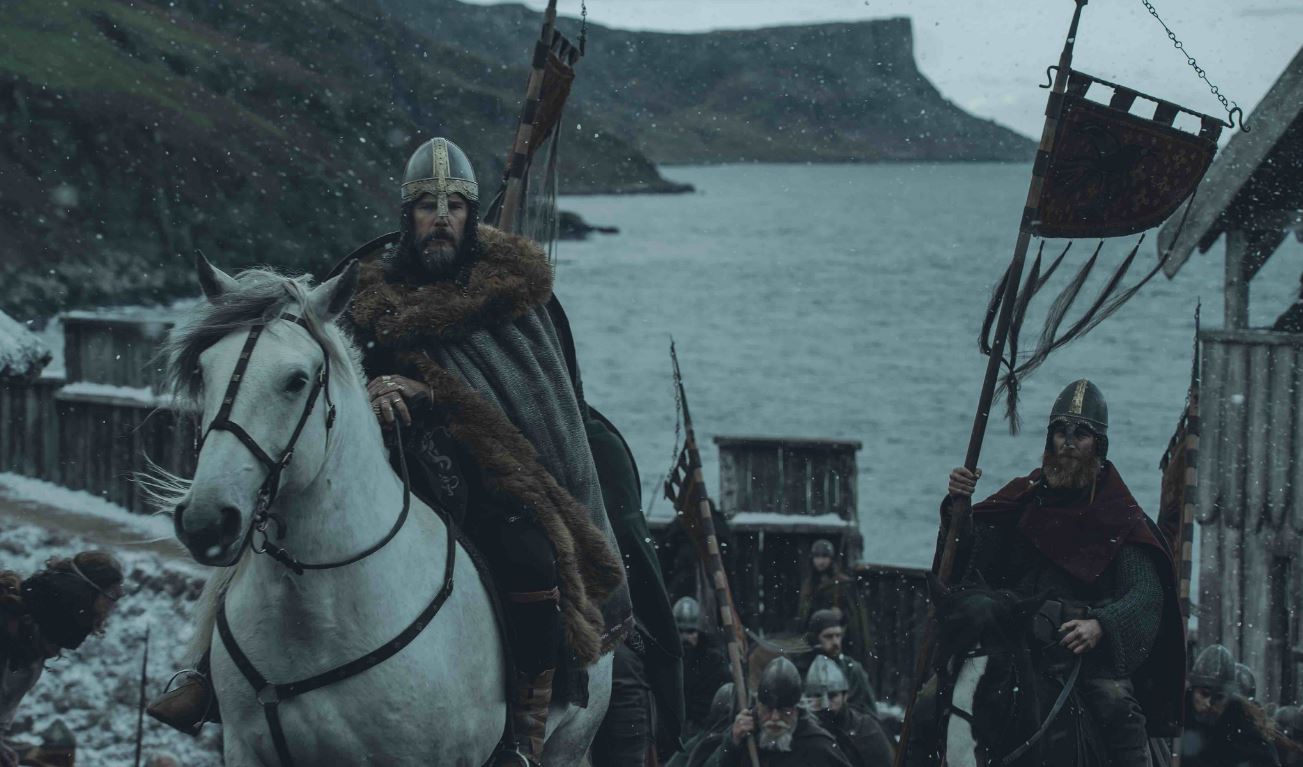 Alexander Skarsgård and the journey Amleth goes through, from the young Prince who narrowly escapes his Kingdom’s usurping, to the battle broken beast, built from the blood lust of his past, was awe-inspiring to say the least. Having to grow up on his own, living by the mantra that he will return one day to save his Mother and undo the injustice of his fallen Kingdom, created a bloodthirsty nightmare that left a trail of destruction in his wake. Despite how much of a monster he had become, to enact his revenge, Amleth would have to transform once again to gut the lineage of the man who felled him from the inside out.

A staggering amount of detail is poured into every aspect of this film, it was absolutely brimming with historically faithful adaptations. Building structures, thick fur cloaks, and weaponry all played a part in selling the atmosphere of the dreary lands. The cinematography was a key element in getting the viewer immersed in the action, there were impressive long takes that allowed a scene to soak in the visual epic on display. The tone shifts as the colour palette transformed from bleak, smoke-filled environments to lush and vibrant green hillsides of Iceland helping carry the film through its journey.

The Norse mythology, with Pagan religion woven through their beliefs and rituals, were some truly brutal and quite frankly disturbing elements of their history. A recurring theme of influences by the all Father, the connection between mortal and spiritual realms and animalistic embodiment was matched with heart-pounding battle drums or twisted and eerie sound designs to make your skin crawl. All of this combined to elevate the film from a standard revenge tale to a cathartic experience. 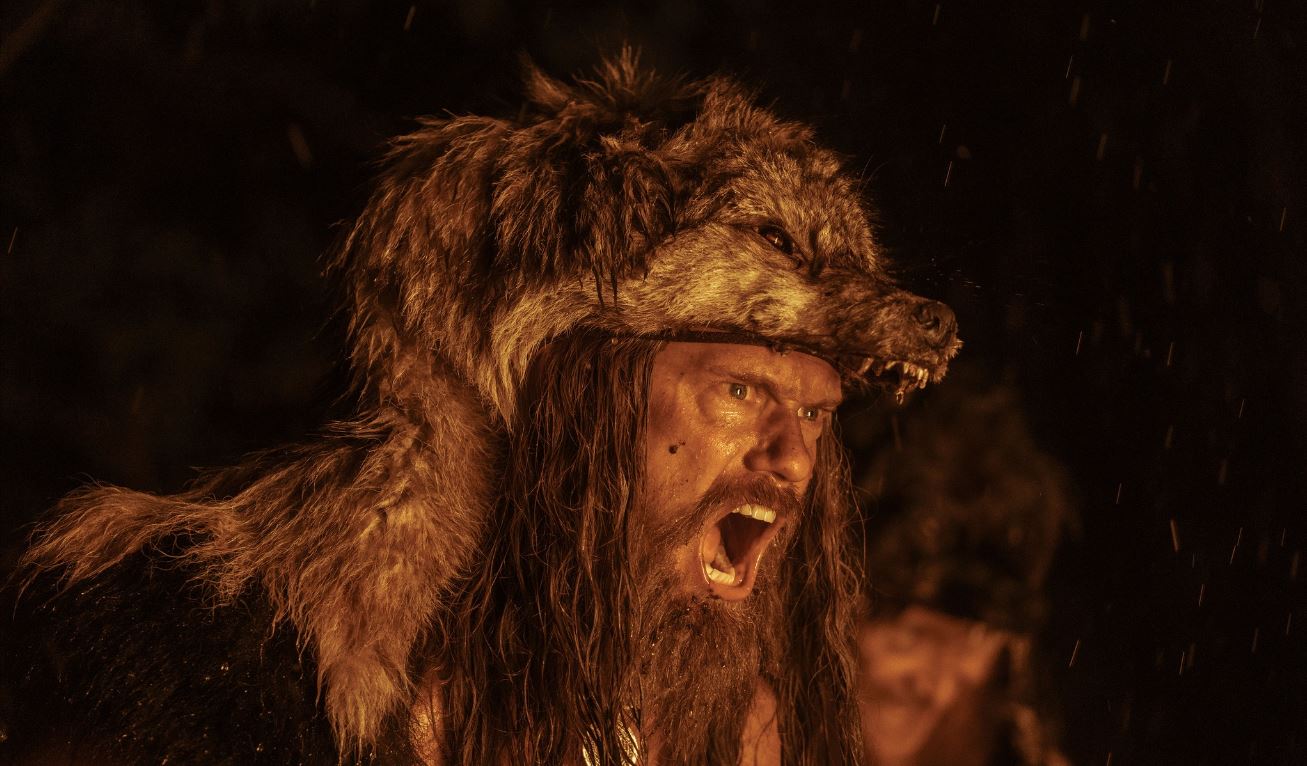 There will always be a slight disconnect. A few things need to be sacrificed for a film to be made both behind the scenes and in the story structure. These decisions, however, were made with a delicate touch to preserve the feeling of authenticity, while adapting it in a way that the mainstream audience could digest. There were moments of the film that were vicious, gruesome, and unsettling for multiple reasons. The raids when Amleth was let loose as a barbarian with bone-shattering brutality was met with equally bold and intrusive set-pieces dedicated to hallucinations, visions, and sacrificial rituals.

Due to the nature of how the story was told, it was reminiscent of a play with the dialogue and manner of speaking being almost poetic. Ana Taylor-Joy embodied an opportunistic and resourceful character, whose path intercepted Amleth’s at the right moment to set up the multiple acts serving of growth as their fates intertwined. It was a slow burn at times that was heavily swayed by the baked-in superstition beliefs of the time, ones that were able to break the psyche of their foes if manipulated just right.

The Northman, a true Nordic epic with ferocious intent. Robert Eggers has once again proven his visionary prowess and was able to extract the best out of his cast. It really showed how much love he had for the idea of making this saga come to life with a lasting impression that will be hard to shake.