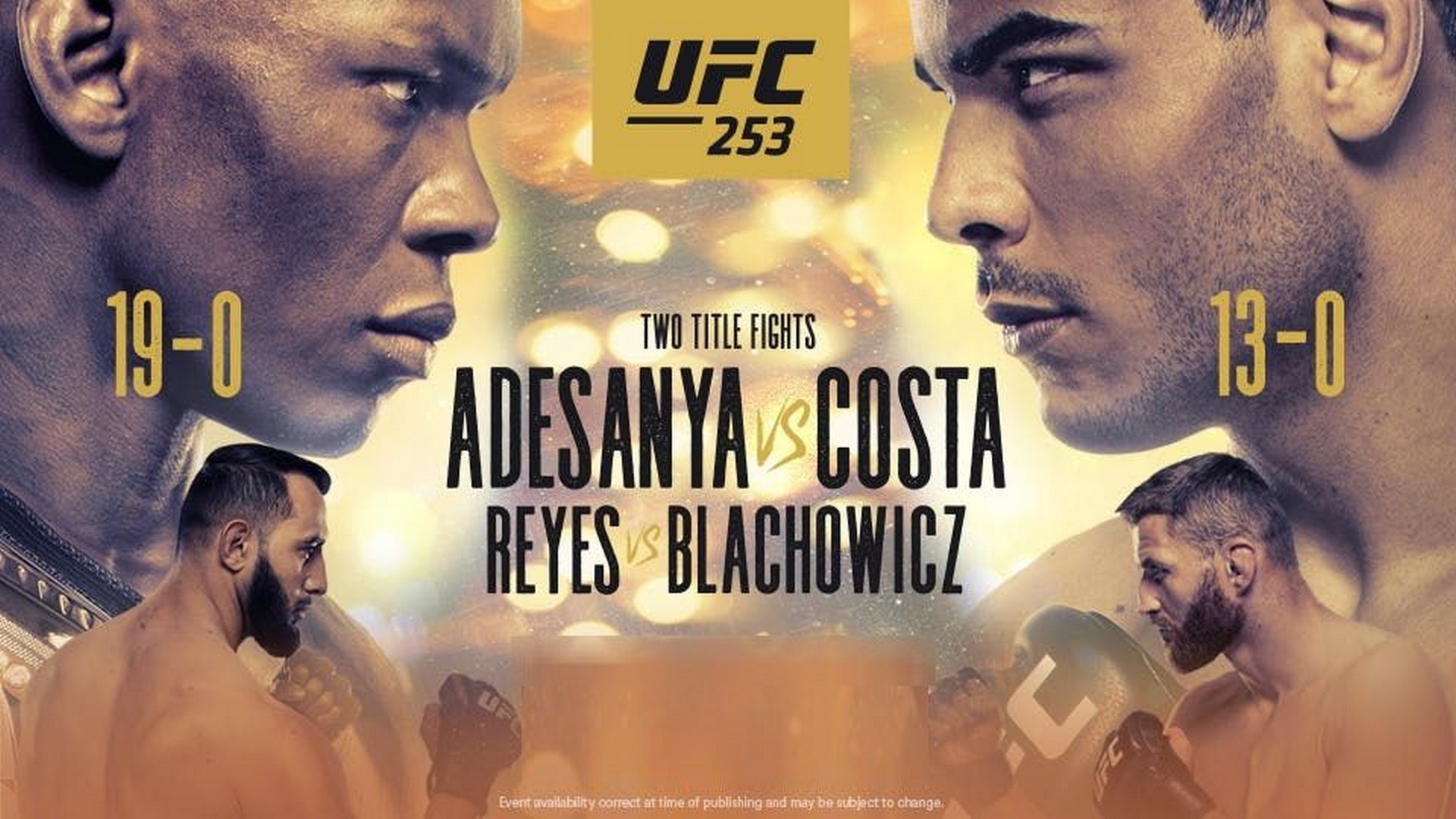 Here we go, UFC 253! This one is a big one, as there’s a double championship fight tonight! Plus, in the main event, both competitors are coming in with a no-loss record! Either way, one of these guys are gonna cop an L!

Absolutely brilliant card for 253! Fight of the night for me was the Light-heavyweight Championship, with a strong back and forth. Bring on UFC 254 feat. the return of Holly Holm!