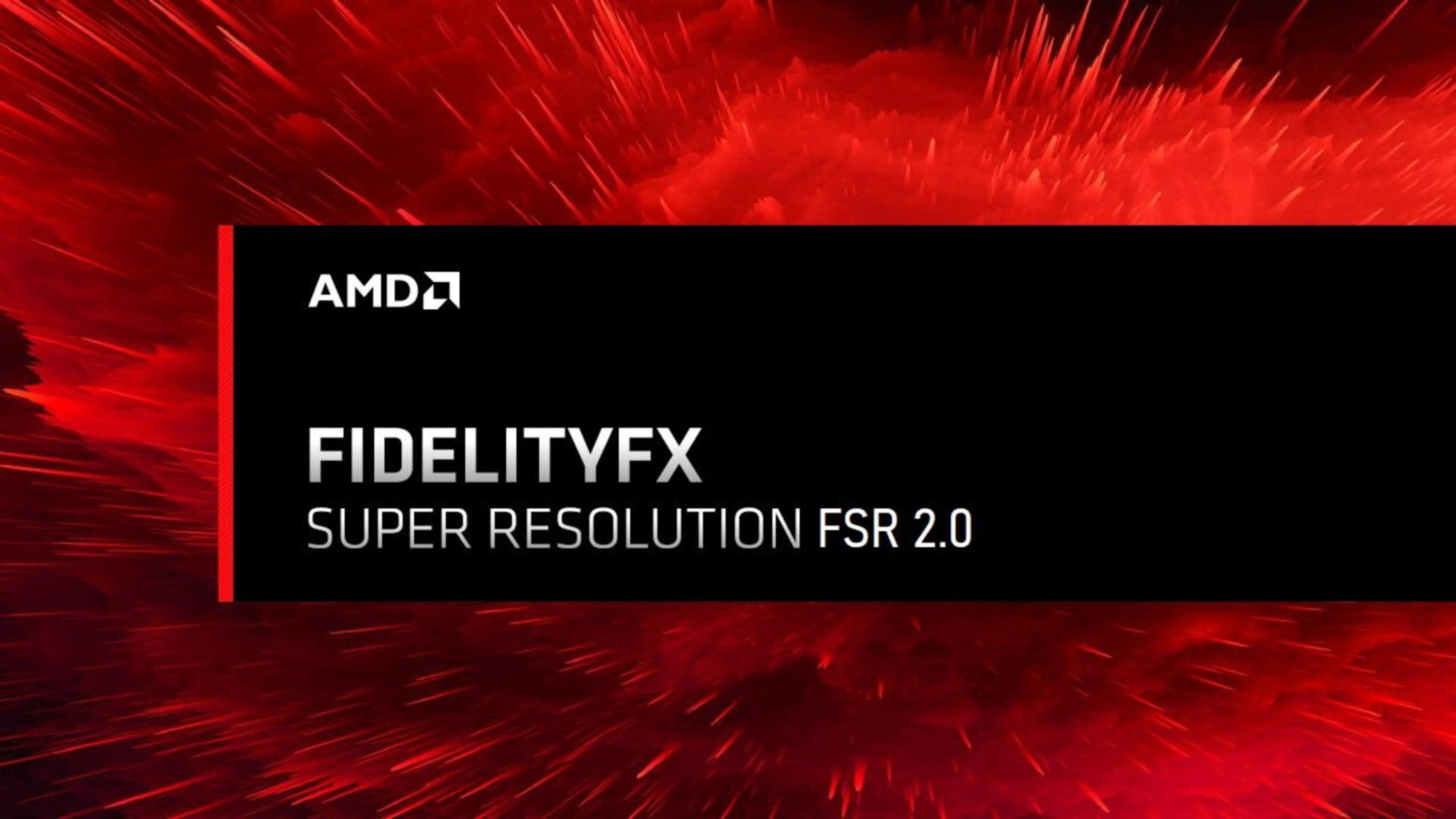 AMD has released AMD FidelityFX™ Super Resolution 2.0, the next generation of our open-source upscaling technology. FSR 2.0 is our next-level temporal upscaling technology with incredible image quality. It has been built by AMD from the ground up to deliver similar or better than native image quality and is designed to help boost framerates in supported games. And like FSR 1.0, FSR 2.0 does not use Machine Learning (ML) and therefore supports a broad spectrum of hardware, from both AMD and select hardware from our competitors.

If ever there was a reason to buy an NVIDIA GPU over an AMD Radeon GPU, it was always going to be DLSS. When AMD introduced FidelityFX 1.0, it was hardly anything to write home about. I personally found that it was simply better to turn off FSR as I found the image quality to be quite heavily degraded in most games that supported it, and the FPS gains negligible. FSR 2.0 however, well, that is a whole new ballgame if the results in DEATHLOOP are anything to go by. I saw gains similar or better to DLSS 2.0, and the image quality didn’t show any signs of degradation.

They key to FSR 1.0 or 2.0 is of course, how well it is integrated in to any given game. My initial thoughts on this early testing is that AMD has come out swinging with FSR 2.0, and has just plugged, what is perhaps, the biggest performance gap between AMD & NVIDIA GPU’s. Read on below for more info, and you can also check out our DEATHLOOP clip from our test PC further down the page too.

AMD developed FidelityFX Super Resolution 2.0 with both gamers and developers in mind. FSR 2.0 delivers features and benefits to gamers who want an upscaling solution to add to their gaming experiences and FSR 2.0 has been designed to help facilitate its rapid adoption by developers. Here are some of the key benefits of FSR 2.0:

FSR 2.0 provides more performance for more responsive and high-quality gaming experiences, and for when demanding effects like raytracing are enabled — with scalable performance across different quality modes. FSR 2.0 also delivers similar or better than native image quality at all resolutions using temporal data and includes optimized anti-aliasing. FSR 2.0 works across a wide range of products and platforms, and like FSR 1.0, that includes consoles and select competitor graphics cards.

FSR 2.0 is a scalable cross-platform temporal upscaling solution that does not require Machine Learning (ML) hardware and therefore supports a wide spectrum of products. FSR 2.0 is easy for developers to integrate into their games and will be available as a simple, intuitive API, and has a similar integration process to other temporal solutions. It will also be supported with a plug-in for Unreal® Engine 4 and later Unreal Engine 5. FSR 2.0 will be available for developers on https://gpuopen.com/fidelityfx-superresolution-2/ in Q2 2022 as an open-source API with an MIT license and will support DirectX®12 and Vulkan®.

FidelityFX Super Resolution 2.0 has different quality modes that allow you to customize the balance of image quality to performance to your preference. FSR 2.0 has three primary quality modes you can expect to find in all games supporting the technology, and one optional mode for developers to use if they desire.

We’ve adjusted the modes a little from FSR 1.0, with the highest quality setting now being “Quality” mode, which aligns with the modes available in other popular temporal upscaling technologies. The other two primary modes are “Balanced” and “Performance”, and you can see the details of each mode in the table below.

*Performance gains may vary depending on game and/or settings.

The fourth optional “Ultra Performance” mode is also available for developers who want to include a mode that is designed to offer the ultimate in performance gains while still maintaining an image quality representative of native rendering. More info about this mode is available on GPUOpen.

FSR 2.0 supports Dynamic Resolution Scaling too, where the input resolution to upscale from is determined (and dynamically adjusted) by the minimum framerate you want to always achieve in the game.

Game developers can add optional AMD Robust Contrast-Adaptive Sharpening (RCAS) to help emphasize pixel detail when FSR 2.0 is enabled, and we are recommending to developers that they include a sharpness slider in the game UI so end-users can set the sharpening level to their preference.

2.0 in a game during gameplay.

More gamers are using 4K displays than ever before and FSR 2.0 provides significant performance benefits for gaming at this resolution while maintaining similar or better than native image quality.

FidelityFX Super Resolution 2.0 is designed to boost framerates in supported games; however, it is fair to say that as FSR 2.0 is an advanced temporal upscaling solution, it will be more demanding on graphics cards than a spatial upscaling solution like FSR 1.0.

That does mean that while FSR 2.0 will support a broad spectrum of hardware, from both AMD and select hardware from our competitors, there are some caveats that gamers need to be aware of when compared to FSR

Noting the above then, for an optimal FSR 2.0 experience, we have some recommendations for the starting level of graphics card for the different target upscaled display resolutions. One thing to keep in mind, though, is that gaming experiences may vary with these hardware suggestions. Depending on specific system specifications, the system requirements of individual games that support FSR 2.0, and the target resolution, gamers may be still able to have a good upscaling experience on lower-performing or older GPUs than those listed below.

Before getting in to the myriad of numbers below, You can checkout MKAU’s comparison clip of DEATHLOOP’s short intro (we used the intro to be able to keep the captured video identical each time) where we have compared FSR2.0 v FSR1.0 v FSR OFF, in a side-by-side-by-side video clip.

The system we tested on:

Performance results in the guide below were measured on May 4, 2022, using a pre-release beta version of the upcoming DEATHLOOP FSR 2.0 game patch. Some results may vary with newer/different game versions.

All data and testing presented in this guide has been collected using the system configurations listed below. Tested on May 4, 2022.