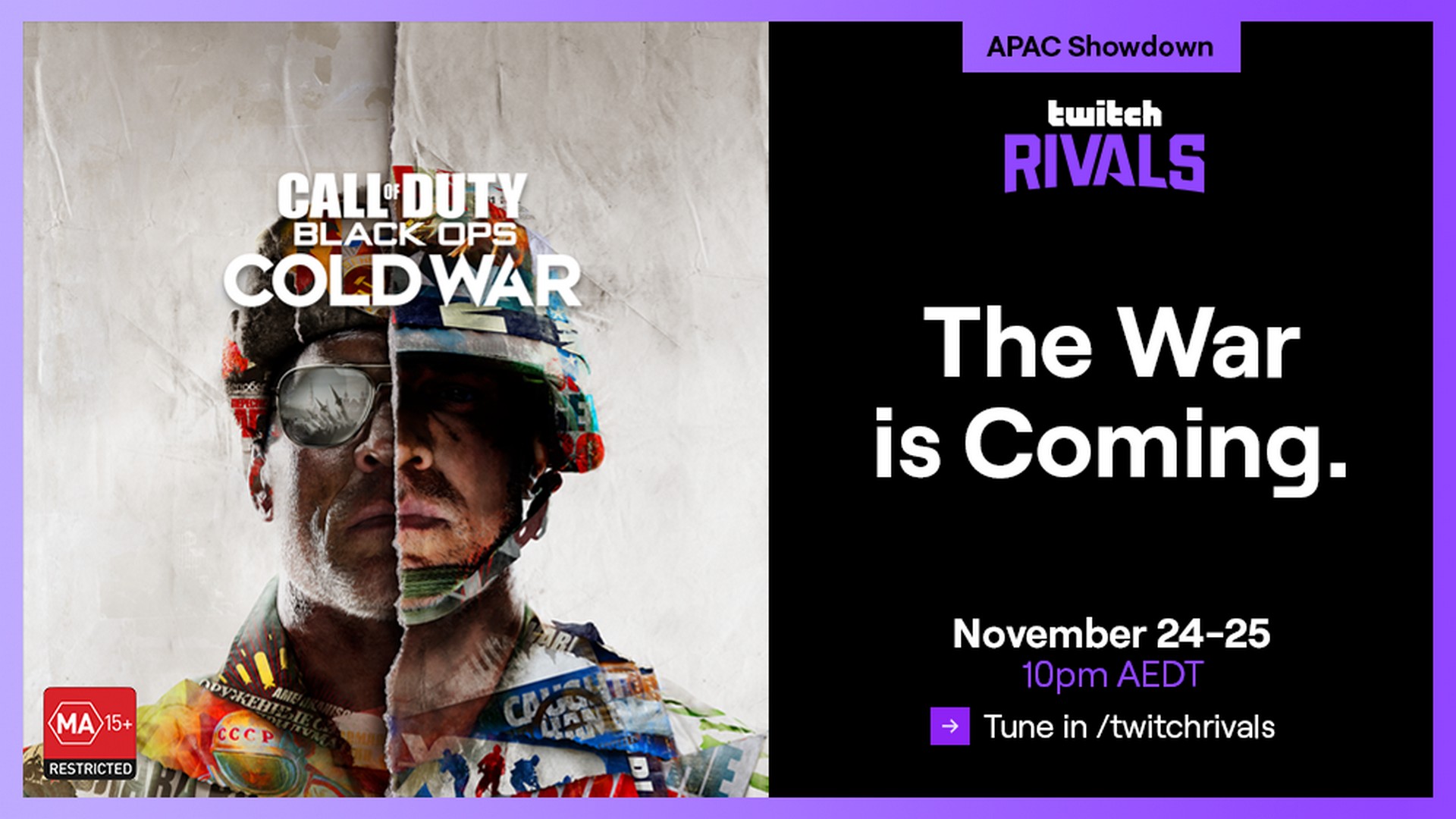 On 24 and 25 November, 12 teams representing countries across the Asia-Pacific region will compete in the latest Twitch Rivals: APAC Showdown playing the newly released Call of Duty Black Ops Cold War for a share in over AU$60,000 (US$45,000) prize money.

48 creators from Australia and New Zealand, Taiwan, Hong Kong, Thailand, Singapore and the Philippines will take part in the latest generation of global combat in the much-hyped 40-person “Fireteam: Dirty Bomb” and classic “Zombie: Die Machine.”

Beginning at 10pm AEDT each day, the competition will kick off with the 12 teams joining pub stomp tournaments, in which kills and placements will be tracked over games played over 150 minutes and the teams will be ranked based on their best three games. The top five teams will then join the playoffs, where they will participate in a separate, one hour kill race to determine the final ranking. In addition to winning prize money based on final rankings, players and teams also have the chance to win bonus prizes for landing the most kills in a single game, wreaking the most damage and more.

Twitch is live, interactive, personality and content-based, community-driven entertainment where anyone can play a role in creating the moment. Tune into the Twitch Rivals: APAC Showdown action at 10pm AEDT on Tuesday 24 and Wednesday 25 November at twitch.tv/twitchrivals 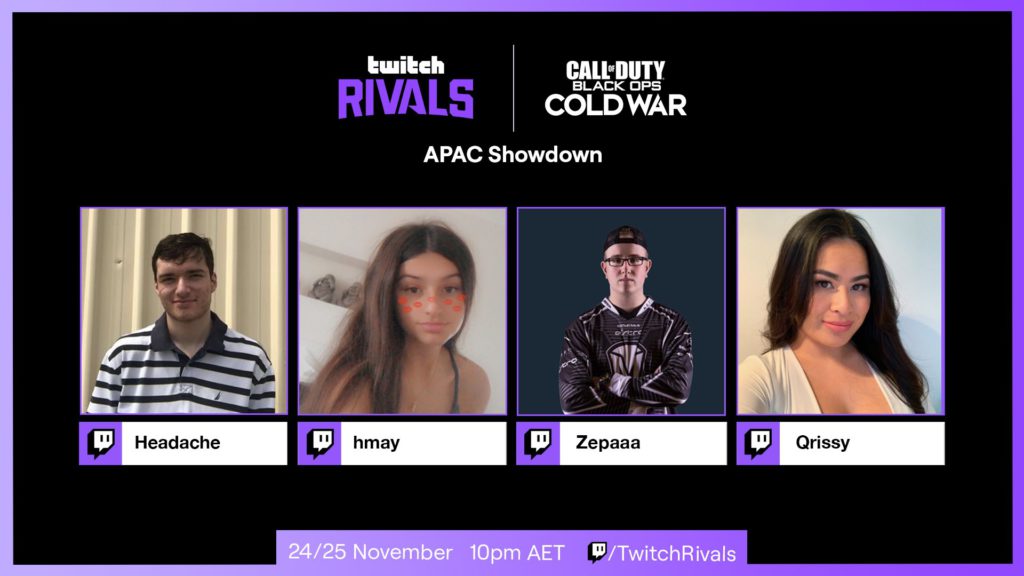