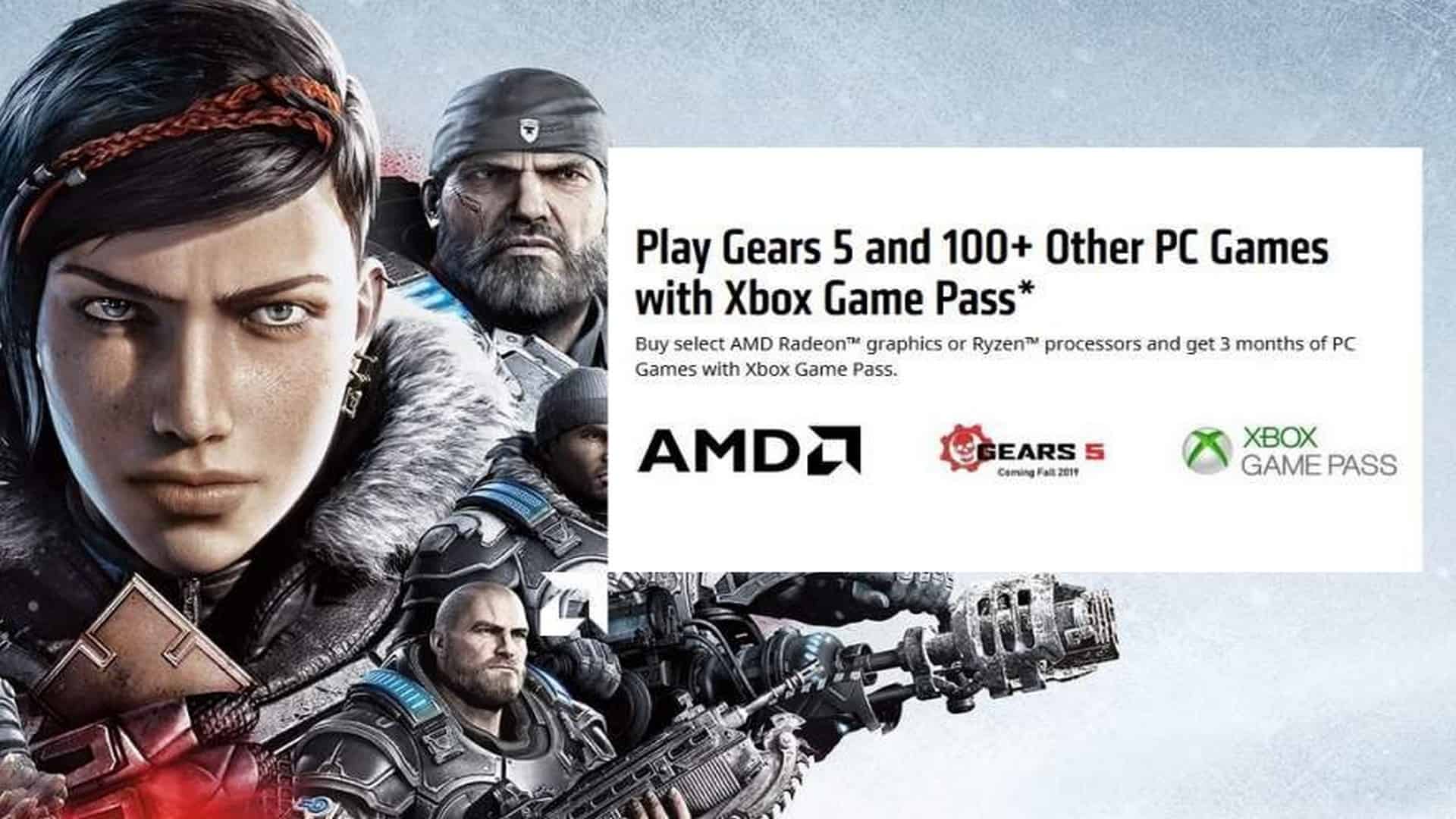 With the new bundle, gamers can play Gears 5 when it launches this spring 2019 (September 10) along with more than 100 other high-quality PC games starting August 2019, available to download and play at full fidelity. Xbox will continue to add more titles to the library, including new games from Xbox Game Studios and popular PC game developers on the day the games are released.

The Xbox Game Pass for PC offer brings an unbeatable value for gamers when combined with the stunning visuals, lightning-fast performance and industry-leading features delivered by AMD’s products. The new AMD Radeon RX 5700 Series GPUs, powered by the new RDNA architecture, are designed for extreme 1440p performance and put responsive gameplay and incredible visuals first. The new AMD Ryzen 3000 Series processors are the most advanced desktop processors in the world with up to 12 cores for the ultimate enthusiast gaming experience.

You can learn more about the exclusive Xbox Game Pass for PC here, and find program details and a list of all eligible AMD products here.