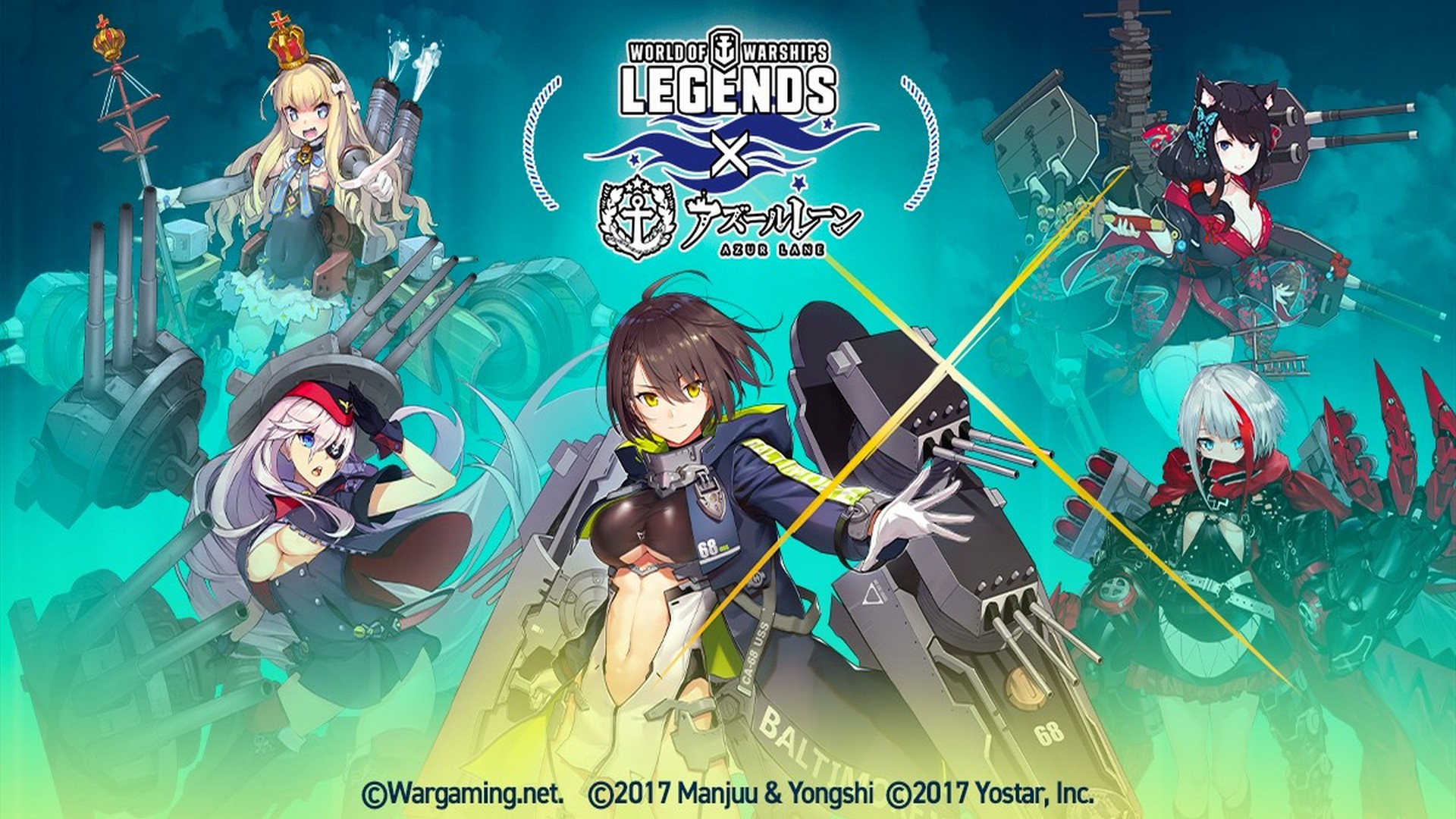 Five new popular characters from Azur Lane are making their debut in World of Warships: Legends! Queen Elizabeth, Admiral Graf Spee, Fusou, Scharnhorst, as well as Baltimore—who originally appeared as part of the first-ever collaboration between World of Warships and Azur Lane—are making their way into World of Warships: Legends. Each character is also represented by their namesake ship in-game and has unique abilities to help in battle. They are available for a limited time from November 30th until the start of the next update on December 21st.

Azur Lane is a naval-themed anime-style Shoot ’em up game for Android/IOS with characters based on historical warships. Each commander coming to World of Warships: Legends has a unique voiceover by their popular voice actors, recorded specifically for this collaboration.

They also come with unique commander inspirations and skills based on their Azur Lane skills, such as Baltimore’s powerful “APsolute Ammunition” that modifies the performance of your US cruiser’s armour piercing shells. As for ships to command, Baltimore, Fusou, and Queen Elizabeth each have a special premium version of their namesake ships with an exclusive camouflage available during the event, while Admiral Graf Spee and Scharnhorst will have unique collaboration camouflages available for their ships. There are even a few ways to get Azur Lane faction flags to show your allegiance! Players can get the commanders from the new Azur Lane containers, while the ships and camouflages are available in the in-game shop.