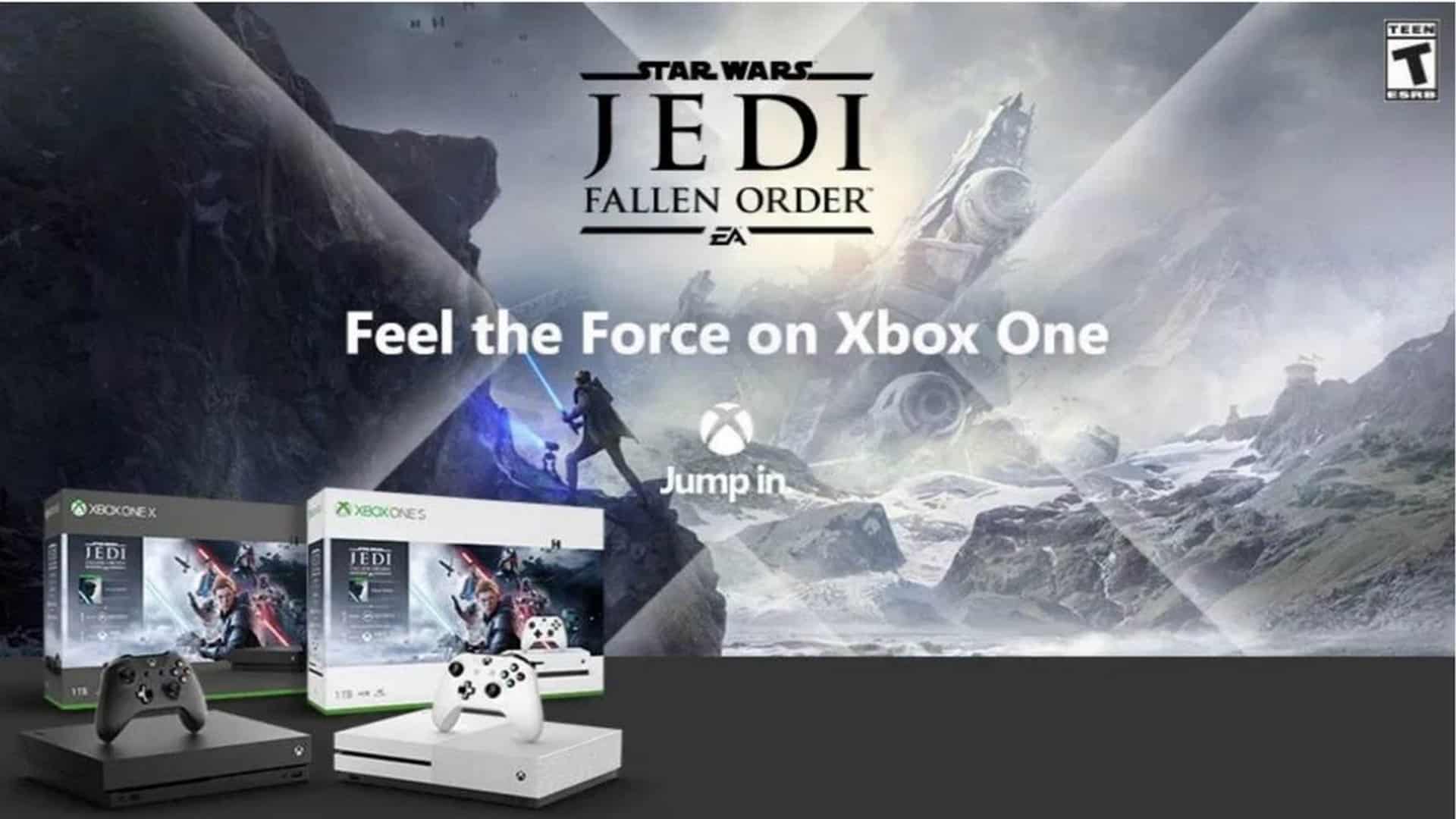 This narrative-driven, single-player game puts you in the role of a Jedi Padawan who narrowly escaped the purge of Order 66 following the events of “Star Wars: Episode III – Revenge of the Sith.” On a quest to rebuild the Jedi Order, you must pick up the pieces of your shattered past to complete your training, develop new powerful Force abilities, and master the art of the iconic lightsaber – all while staying one step ahead of the Empire and its deadly Inquisitors.

Along with an Xbox One console, each bundle comes packed with an Xbox Wireless Controller, a digital download of Star Wars Jedi: Fallen Order Deluxe Edition, a 1-month trial of Xbox Game Pass and a 1-month trial of Xbox Live Gold. Additionally, both Star Wars Jedi: Fallen Order bundles give you 1 month of EA Access, which lets you play EA games for a limited time before they’re released and get unlimited access to The Vault, a growing collection of EA’s best Xbox One games.

Xbox One is the only console system that plays the best games of the past, present and future with thousands of games available today – including over 200 exclusives and over 400 Xbox classics. If you’re playing on Xbox One X or Xbox One S, you can also enjoy the ultimate 4K entertainment experience with a built-in 4K UHD Blu-ray player, premium audio with Dolby Atmos support and the fastest, most reliable gaming network with Xbox Live.