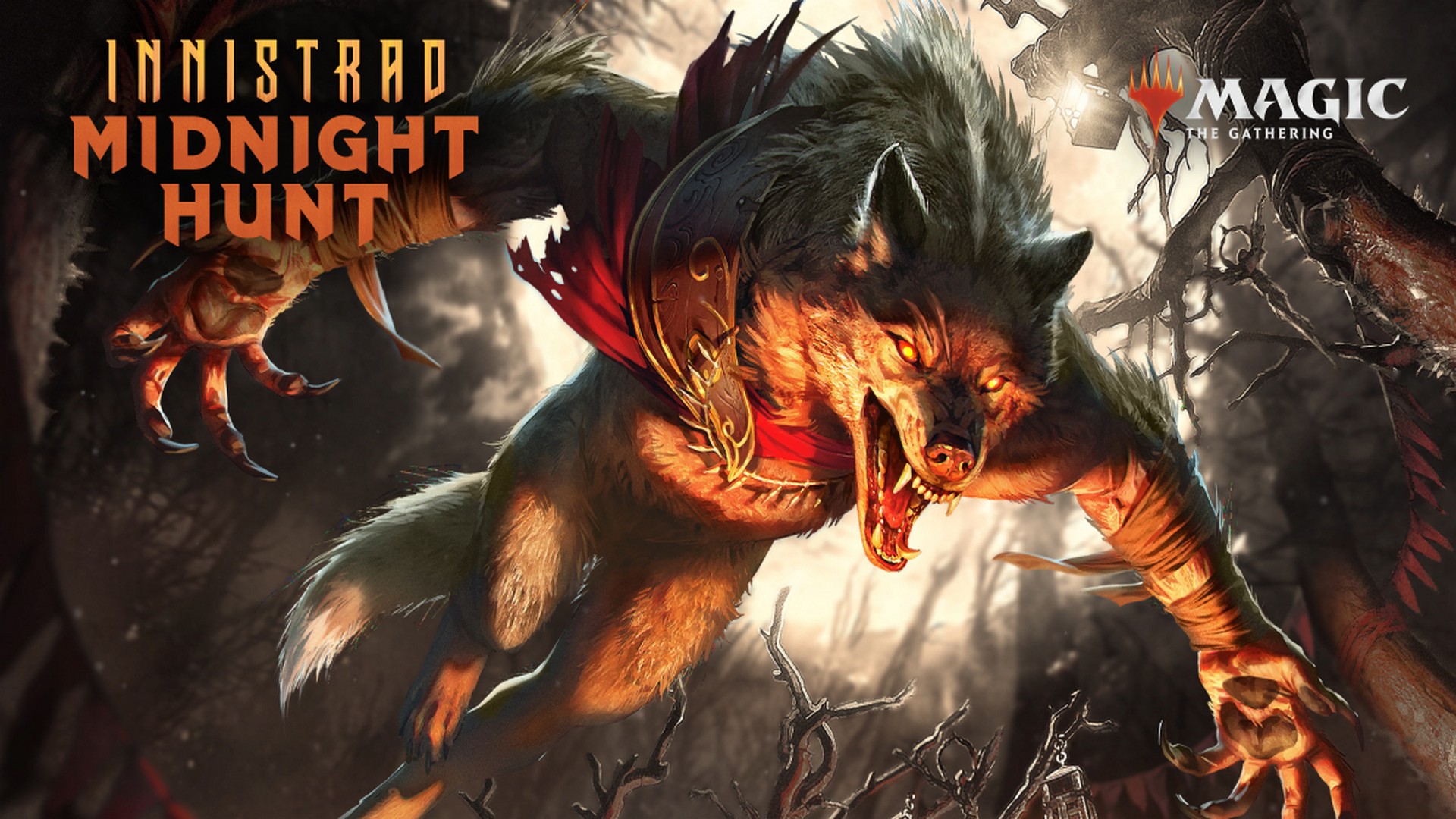 Wizards of the Coast today released Innistrad: Midnight Hunt, the newest set for the world’s oldest and best trading card game, Magic: The Gathering (MTG). Reveling in Gothic horror and the introduction of powerful new Werewolves, Midnight Hunt releases on MTG Arena today and for tabletop on 24 September.

The nights are growing longer and a terrible peril lurks in the shadows on the eve of the Harvesttide Festival. Hoping to ward off the coming dark, werewolf Planeswalker Arlinn Kord searches for the elusive Moonsilver Key to restore balance to the plane and protect the human habitants of Innistrad.

Midnight Hunt introduces frightful new card mechanics to combat the evil roaming beyond the village walls. With 19 new werewolf double-faced cards (DFC), creatures will heed the call of the full moon to transform into their alternate monstrous forms. Nightbound and Daybound cards allow players to access two sets of abilities on each DFC, playing to the strengths of their creatures and Planeswalkers brought out by day and night. Players can also call on the power of the dead with the return of Flashback. The fan favourite graveyard mechanic returns from MTG’s original Innistrad set, allowing players to cast spells directly from their graveyard.

In theme with the beauty of ornate horror, Midnight Hunt features brand new card variants including classically spooky black and white Eternal Night Legends and Land cards as well as Halloween, folk horror inspired Equinox cards. With dramatic contrasts reminiscent of classic gothic aesthetics, the macabre card designs will be revered by any die-hard fan of horror. The Midnight Hunt set will be available in Draft Boosters, Set Boosters and Collector Boosters, including the Midnight Hunt Bundle and two Commander decks.