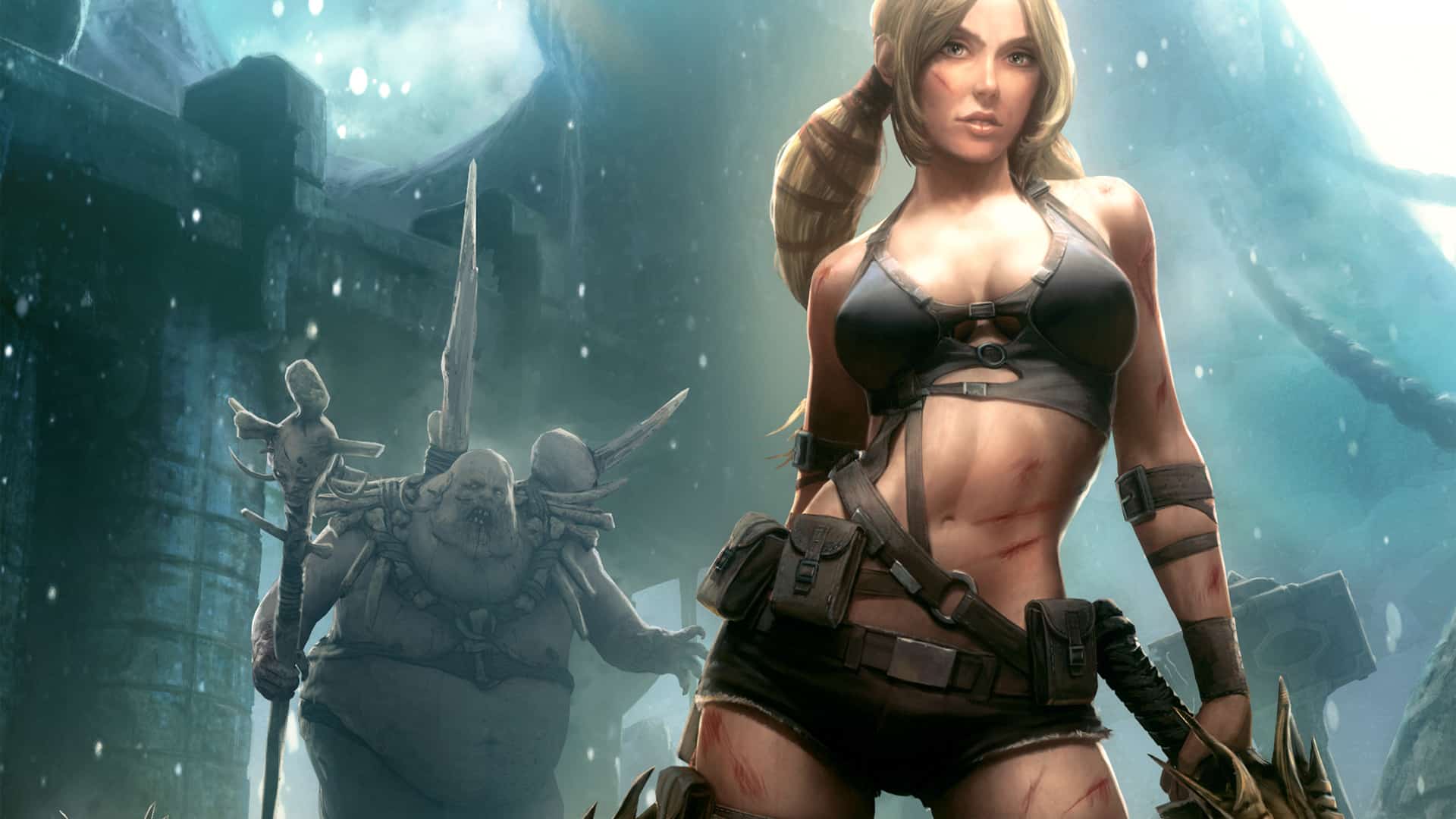 Blades of Time, the time-warping Hack ’n’ Slash action adventure featuring fast-paced combat with swords, firearms and magic, is now heading for a launch on Nintendo Switch on May 14th. It is an upgrade over Gaijin Entertainment’s PC version of the game, which is still a fan-favorite with many and currently enjoys 86% positive reviews on Steam. Now, old and new fans alike will be able to enjoy Blades of Time anytime and anywhere thanks to the Nintendo Switch’s portable versatility. In the freshly revamped multiplayer mode, players can engage in action-packed MOBA combat leading hordes of NPC monsters against the armies of other players.

The story-driven single player campaign sees the daring treasure huntress Ayumi set out on a journey to an ancient island to reach the hidden treasures of a long lost civilization. To fight her way through hordes of monsters and other creatures of magic, the heroine can perform more than 40 unique attacks, utilizing powerful melee combos, firearms, powerful magic and even rewinding time.

With Ayumi’s time-rewind ability, players can bring an almost limitless amount of strategies to the battlefield. After a time rewind, Ayumi’s shadow in time will repeat the last actions of the player, like fighting monsters or luring them away. At the same time, the player can then charge into battle with Ayumi again, using the additional firepower – or detraction – to defeat even the biggest hordes of enemies or the most powerful bosses. You can repeat this tactic again and again in the same battle to bring up to five shadows of Ayumi from different timelines simultaneously.

For those ready to cross swords with real competitors, the game also offers a challenging multiplayer mode, uniquely combining the game’s third-person Hack ‘n’ Slash combat with strategic MOBA elements. Players can choose their avatar among several heroines and heroes, all featuring different skills and special abilities. Each player then takes charge of an army of NPC monsters, trying to be the first to destroy the enemy’s stronghold.

Find more about Blades of Time on the official game website: http://www.bladesoftime.com/