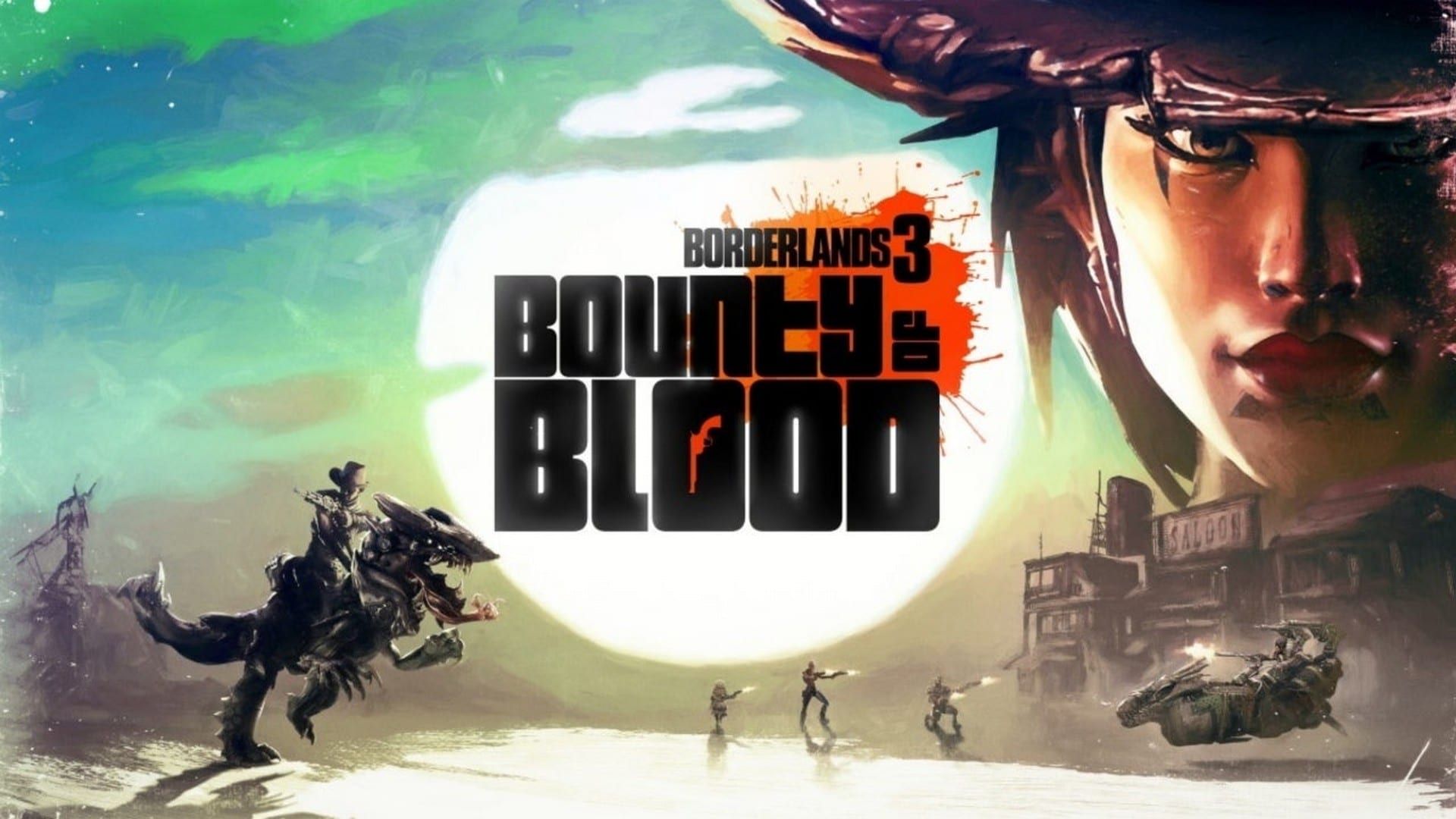 Bounty of Blood is the third of four campaign add-ons included with the Borderlands 3 Super Deluxe Edition and Season Pass. It’s also available for purchase separately, though you will need to own a copy of the base game in order to play the add-on content.

The sheriff of Vestige on the harsh frontier planet of Gehenna has issued a bounty on the violent, beast-riding Devil Riders gang, and it’s time to collect. The townsfolk are tough as hell and will do what they can to help, but it falls on you to take the fight to the Devil Riders. Put them in the ground so the town can be rebuilt and folks can get back on their feet.

In addition to spinning a gritty Western-inspired tale of revenge, Bounty of Blood also lets you:

In order to reach Gehenna with an existing Vault Hunter, you’ll need access to Sanctuary III, the starship you unlock by completing Episode 5 of Borderlands 3’s main story campaign. When you’re ready to travel to Gehenna, look for the wanted poster on the table in front of the Quick Change station on Sanctuary III.

Alternatively, you can create a new Vault Hunter, bypass the opening acts of the Borderlands 3 story, and head straight to Gehenna. Once the campaign add-on is installed, select “Play” on the main menu, followed by “New Game.” You’ll then be able to choose which storyline you’d like to jump into.

Regardless of whether or not you own Bounty of Blood, today’s patch serves up a free level cap increase, which means your Vault Hunter can unlock three additional levels and skill points on their way to the new maximum level of 60.