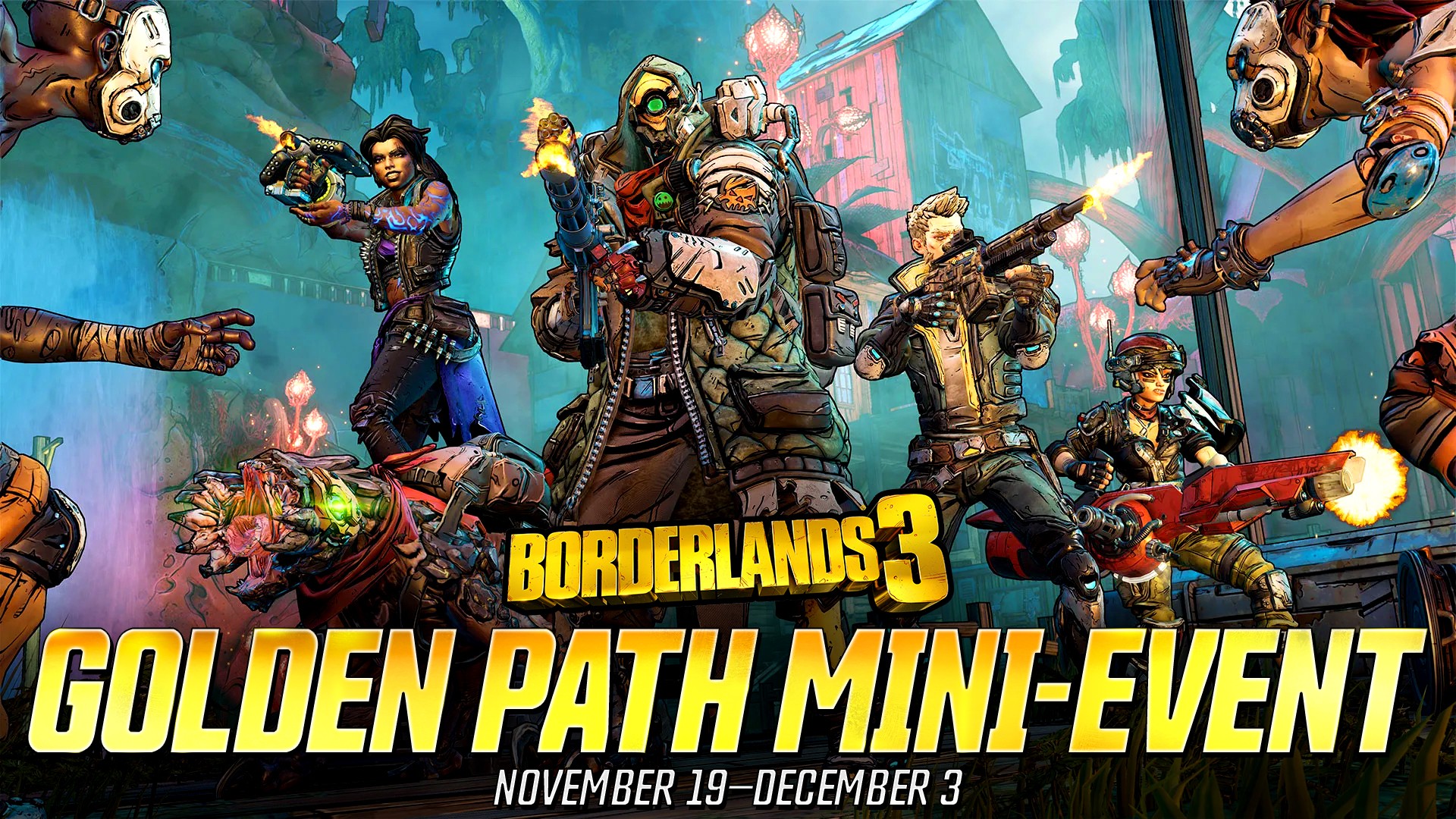 Your rewards for saving the universe are about to get Legendary – literally. From today through December 3, get Legendary item rewards for completing select campaign missions during the free Golden Path Mini-Event for Borderlands® 3. Get your mitts on the Lyuda Legendary Vladof Sniper Rifle, Handsome Jackhammer Legendary Hyperion SMG, Nemesis Legendary Dahl Pistol, Hellwalker Legendary Jakobs Shotgun, and more!

From today, select missions in the main Borderlands 3 story campaign are guaranteed to grant Legendary rewards. Note that this lucrative loot buff does not apply to optional side missions or any missions in campaign add-ons. This is the “golden path” we’re talking about, after all.

If you’re a veteran player, now is the perfect time to power-level a new character and try the additional Skill Trees included in the new Designer’s Cut* add-on, available separately or as part of Season Pass 2.* With any luck, you’ll snag the loot you’ve always wanted and reach the endgame ready to rock with a fully decked-out Vault Hunter. If you’re completing the campaign for the very first time, this Legendary loot will give you a killer edge as you race to defeat the Calypso Twins.

And just a reminder: Borderlands 3’s next-gen upgrade is now available for Xbox Series X|S and PlayStation 5. All players who own or purchase both a copy of the game and a next-gen console will be able to download the upgrade within the same console family for free. Players who own a physical disc of Borderlands 3 will need the Xbox Series X or standard PlayStation 5 console model that includes a disc drive to take advantage of this feature.

Borderlands 3 has been fully optimized to take advantage of the next-gen consoles’ processing power, bringing a new level of graphical fidelity to the Borderlands universe. The Xbox Series X and PlayStation 5 display Borderlands 3 at up to 60 frames per second in 4K resolution during single-player and online co-op. It can also reach up to 120 frames per second if you select the “Performance Mode” setting while using a display that supports those frame rates. In addition, all next-gen consoles support three- and four-player split-screen for local multiplayer, and vertical split-screen for two-player local co-op is now available on Xbox One, Xbox Series X|S, PlayStation 4, and PlayStation 5.

Borderlands 3 is available now on Xbox One, Xbox Series X|S, PlayStation 4, PlayStation 5, Stadia, and PC via Steam and the Epic Games Store. For assets and additional information, please visit newsroom.2k.com.

*Requires a copy of the base game to play.