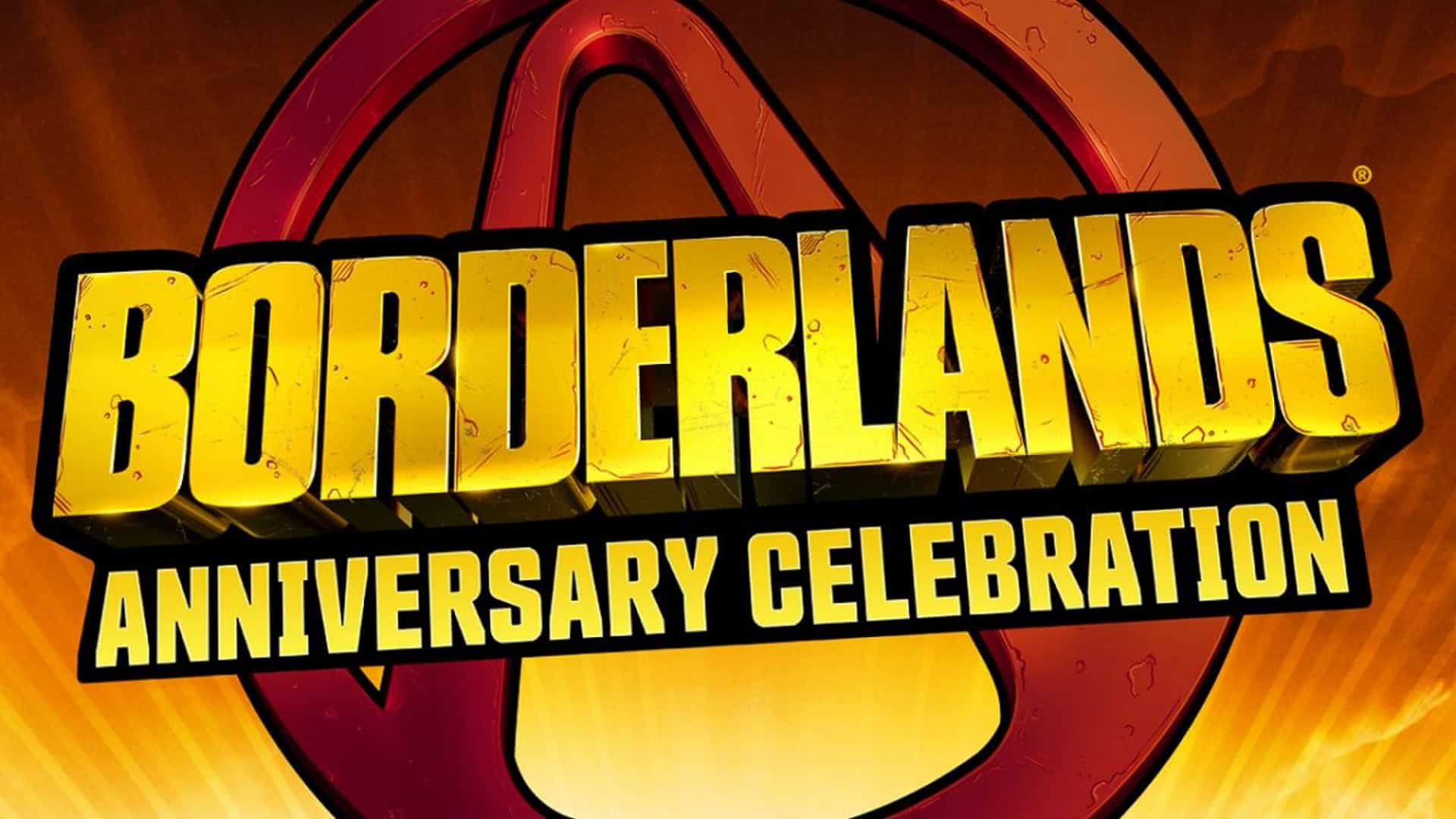 This month, it will have been 10 years since the original Borderlands debuted on October 20, 2009, and 2K are showing their appreciation for a full decade of support with a five-week Borderlands Anniversary Celebration. For the entire month of October (and a little bit of November), Borderlands 3 Vault Hunters of all levels can score extra in-game loot and bonuses.

Each of the next five weeks will feature its very own theme in Borderlands 3, encouraging different in-game activities to maximize your rewards. As of today Boss Week is live and will remain active until October 9, when the following week’s theme will begin. During Boss Week, certain bosses will have an increased chance to drop specific Legendary items. For a full boss-by-boss breakdown of Legendary loot drops, check out this blog. 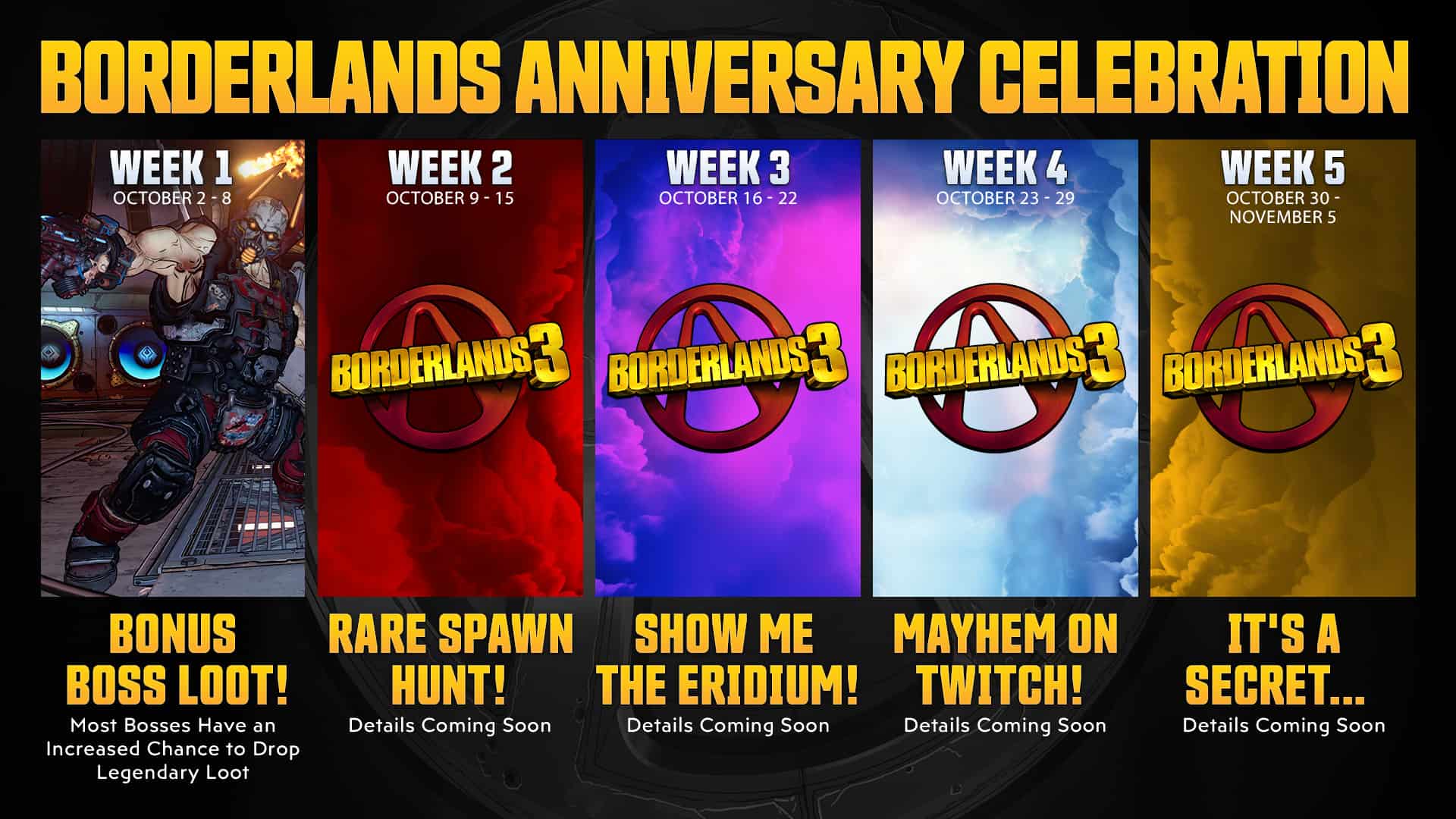 Keep in mind this is just the beginning of the Borderlands Anniversary Celebration, and while 2K are saving some surprises for later, here’s an early look at the calendar’s themed weeks:

We’ll be unveiling all the bonuses for each week’s theme every Monday this coming month on borderlands.com, so be sure to check back to see what’s in store for the Borderlands Anniversary Celebration.