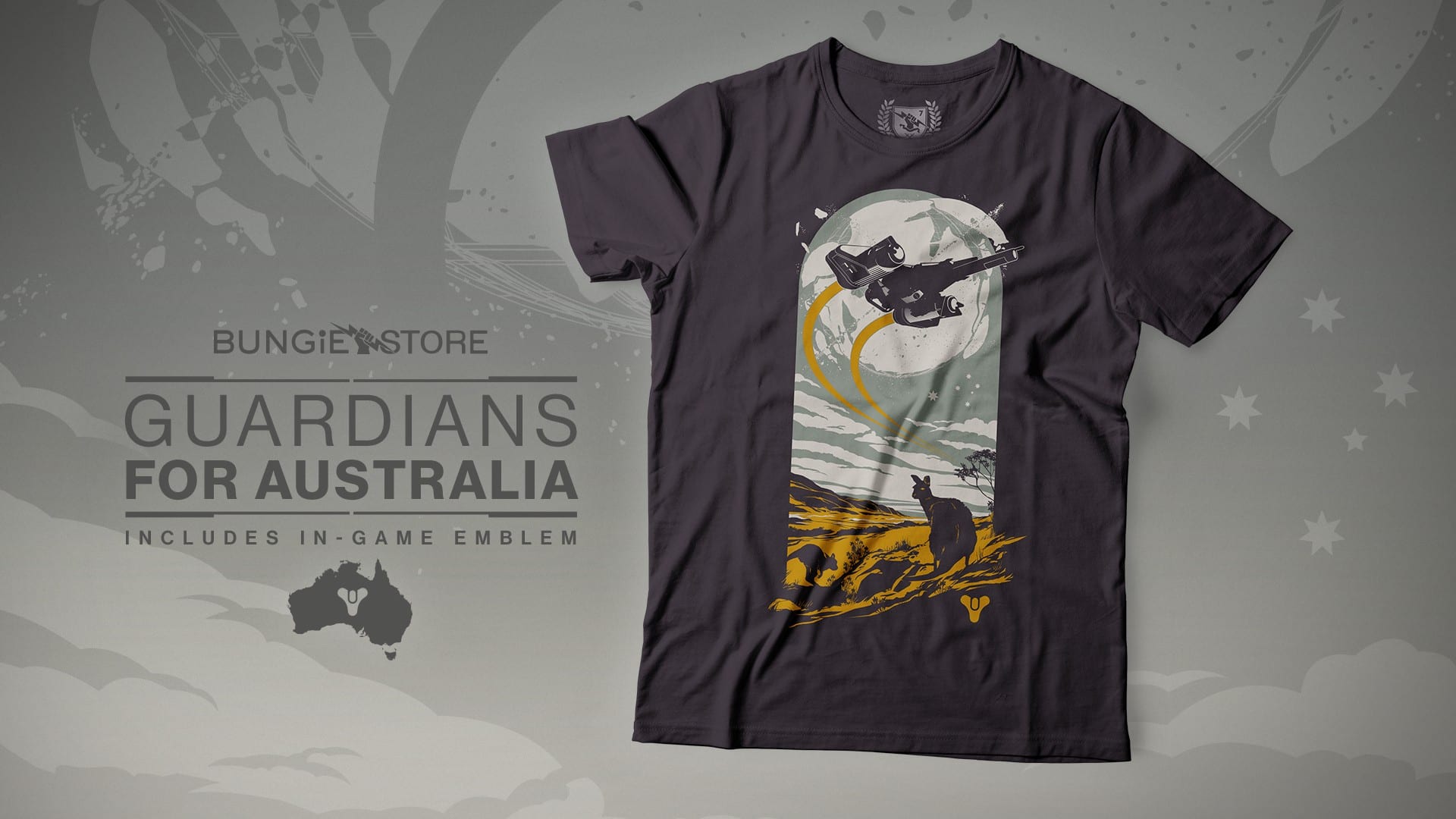 Bungie’s Guardians for Australia fundraising campaign is now live on the Bungie Store to support both Australia’s firefighting efforts and the country’s animal rescue and conservation efforts.

The bush fires currently ravaging Australia have been devastating. Many people have lost their homes, firefighters are risking their lives daily, and an estimated hundreds of millions of wild animals have fallen victim to the fires.

All profits will directly be donated to both WIRES, Australia’s largest wildlife rescue organization, and NSW Rural Fire Service, which services the state of New South Wales, where the fires have been especially devastating and are in dire need of containment.

Bungie have developed a limited time Guardians for Australia T-shirt, which comes with an exclusive Destiny 2 “Star Light, Star Bright” emblem redemption code with purchase that is now available for pre-order on the Bungie Store between today, Friday, January 17th and Wednesday, February 19th at 3AM AEST, ending with the weekly reset and the end of Crimson Days.

Bungie would also want to thank our local Guardians in Australia for raising over $12K AUD and counting for the Australian Red Cross – please see their fundraiser here.

Thank you for your support and being a part of the Bungie family.