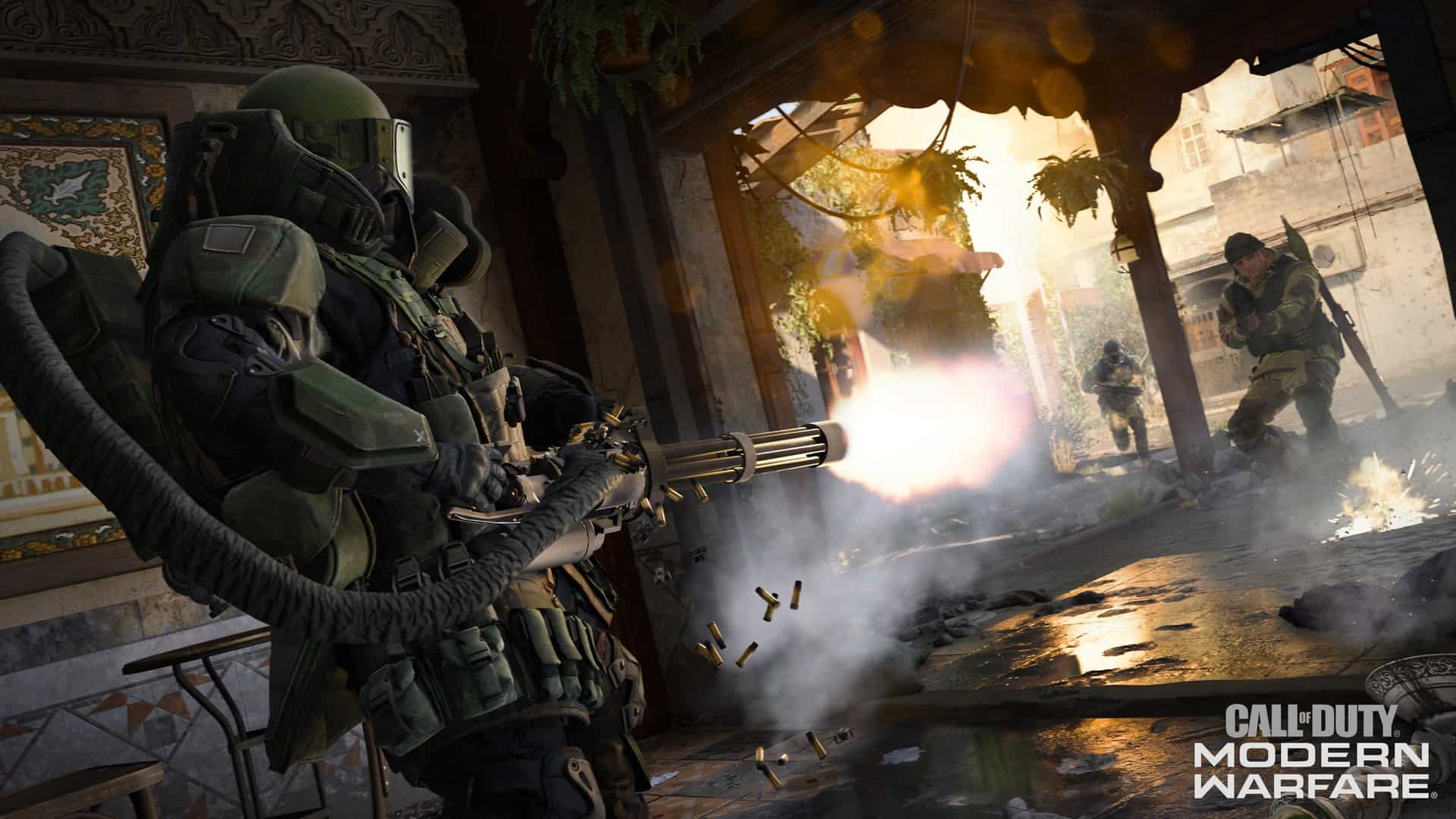 Scheduled for worldwide release on October 25, Call of Duty: Modern Warfare will bring first-person action fans, Call of Duty fans, and gamers from all walks of life together in the ultimate multiplayer playground.

First details of Modern Warfare multiplayer will be unveiled by some of the world’s most prolific streamers in an exclusive global livestream today, where viewers will get their first look at the new online multiplayer, and will also have the opportunity to join the fun and get their own hands-on experience next month when the Modern Warfare Beta goes live for everyone. Awarded “Best Online Multiplayer” by Game Critics Best of E3 2019, Modern Warfare multiplayer delivers a thrilling and game-changing online experience with best-in-class down the barrel gameplay, along with an all-new level of strategic and tactical play. Players can jump into new play spaces that redefine Call of Duty multiplayer, from quick-action, close-quarters 2 vs. 2 experiences in Gunfight, traditional 6 vs. 6 multiplayer gameplay, modes that support 10 vs. 10 and 20 vs. 20 firefights, along with high-player count maps and combat, such as the all-new Ground War, an epic large-scale mode supporting more than 100-players. And, that’s just the beginning for Modern Warfare fans.

With a complete weapon overhaul and the most choices in Call of Duty history, players will be able to outfit their multiplayer operators for every combat encounter, with unprecedented customisation and modifiability in the new Gunsmith system. Modern Warfare features cutting-edge visuals, authentic sound design, with realistic recoil and weapon ballistics throughout the game. In addition, gameplay mechanics, including bullet penetration, gun mounting, door breaching and night vision multiplayer gameplay maps featuring night vision goggles (NVGs), allow for an amazing tactical experience. “Our goal with Modern Warfare is to bring all gamers together from day one to play together,” said Patrick Kelly, Creative Director and co-Studio Head, Infinity Ward.

“We’re doing away with the season pass; we’re delivering a mix of free maps, a ton of content following launch, and we’re developing the game for crossplay. We’re live-testing now, and fans will get to try for themselves next month in the Beta. This is a new day for Call of Duty multiplayer, and today is just the start — we have many more exciting reveals coming for fans that we can’t wait to share.”

In addition to unveiling the game’s multiplayer, Infinity Ward also announced the Modern Warfare open beta, featuring crossplay testing on weekend 2, where fans will be able to get their hands-on ahead of the game’s launch on October 25. Fans can pre-order now and get early access to the Modern Warfare Beta. “Our studio goal for Modern Warfare was to create a completely new experience, and the most varied, customisable and realistic-feeling Call of Duty multiplayer,” said Geoff Smith, Multiplayer Gameplay Director, Infinity Ward.

“Our design goal is for gamers to have fun by playing again and again with their friends, where the action will feel fresh, but also familiar for all players every time they jump in.” Call of Duty: Modern Warfare features a new engine delivering an immersive and photo-realistic experience across the entire game. The new technology utilises the latest advancements in visual engineering, including a physically-based material system allowing for state of the art photogrammetry, a new hybrid tile based streaming system, new PBR decal rendering system, world volumetric lighting, 4K HDR, DirectX Raytracing (PC) and more as well as a new GPU geometry pipeline. Spectral rendering delivers thermal heat radiation and infrared identification for both thermal and night-vision in-game imaging. The technical investment made provides a cutting-edge animation system and blend shape system, while the new suite of audio of tools allows for full Dolby ATMOS support, on supported platforms, along with the latest in audio simulation effects.

Call of Duty: Modern Warfare is scheduled for release globally October 25th on PlayStation 4, Xbox One, and PC.