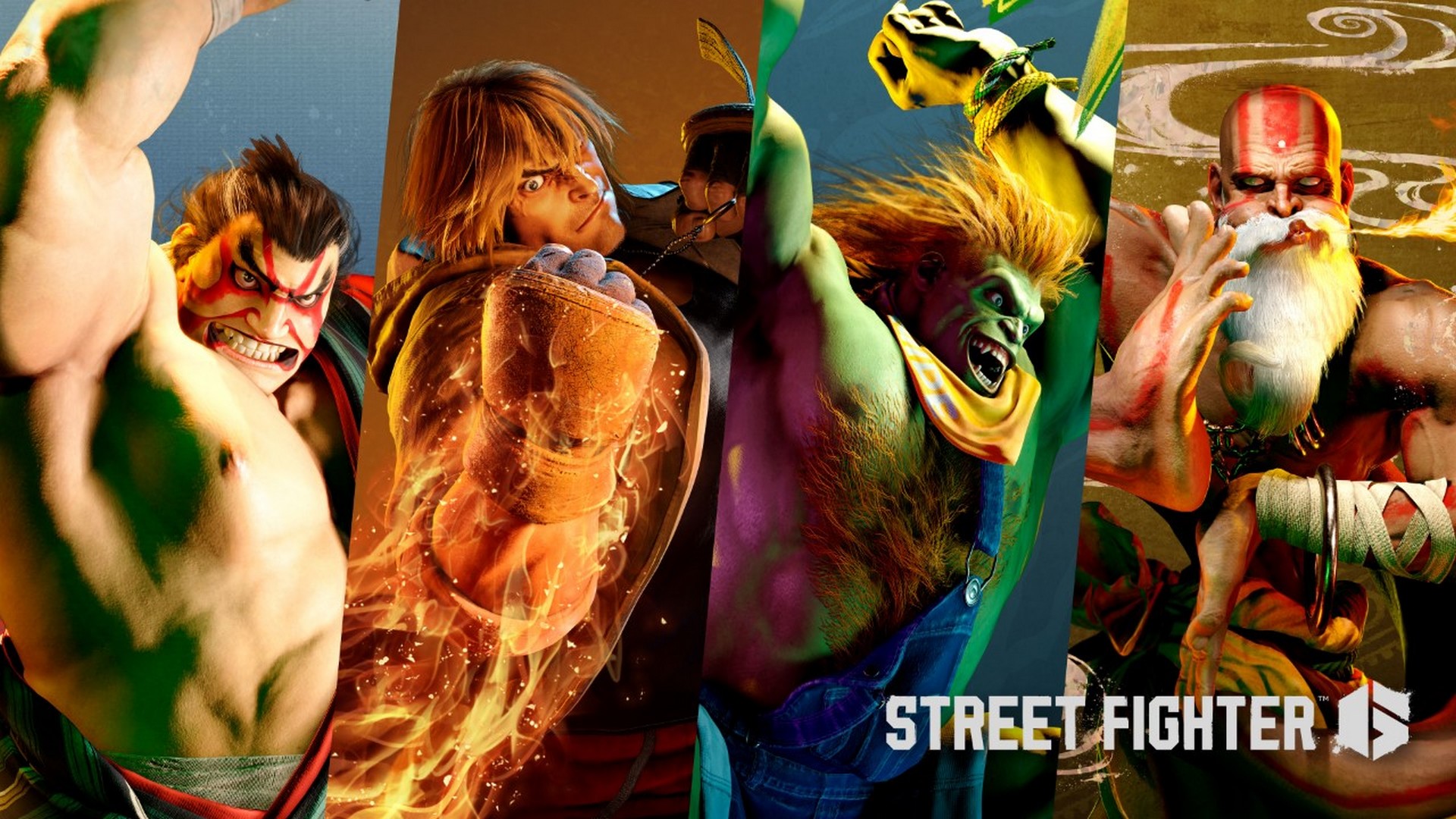 Tokyo Game Show 2022 has been an electric event for gamers and Capcom fans around the world, featuring reveals for many of the renowned publisher’s most anticipated titles, including Street Fighter™ 6, Resident Evil™ Village, Monster Hunter™ Rise: Sunbreak, Exoprimal™, and Mega Man™ Battle Network Legacy Collection.

The entire Capcom Online Program can be viewed on the official Capcom YouTube channel. Individual assets and trailers for each game are available via the Capcom Press Center.

Street Fighter 6 Unveils the Way of the Warrior

First up, major updates for World Tour and Battle Hub were announced, including:

Second on the bill was the introduction of four World Warriors making their return to the streets: 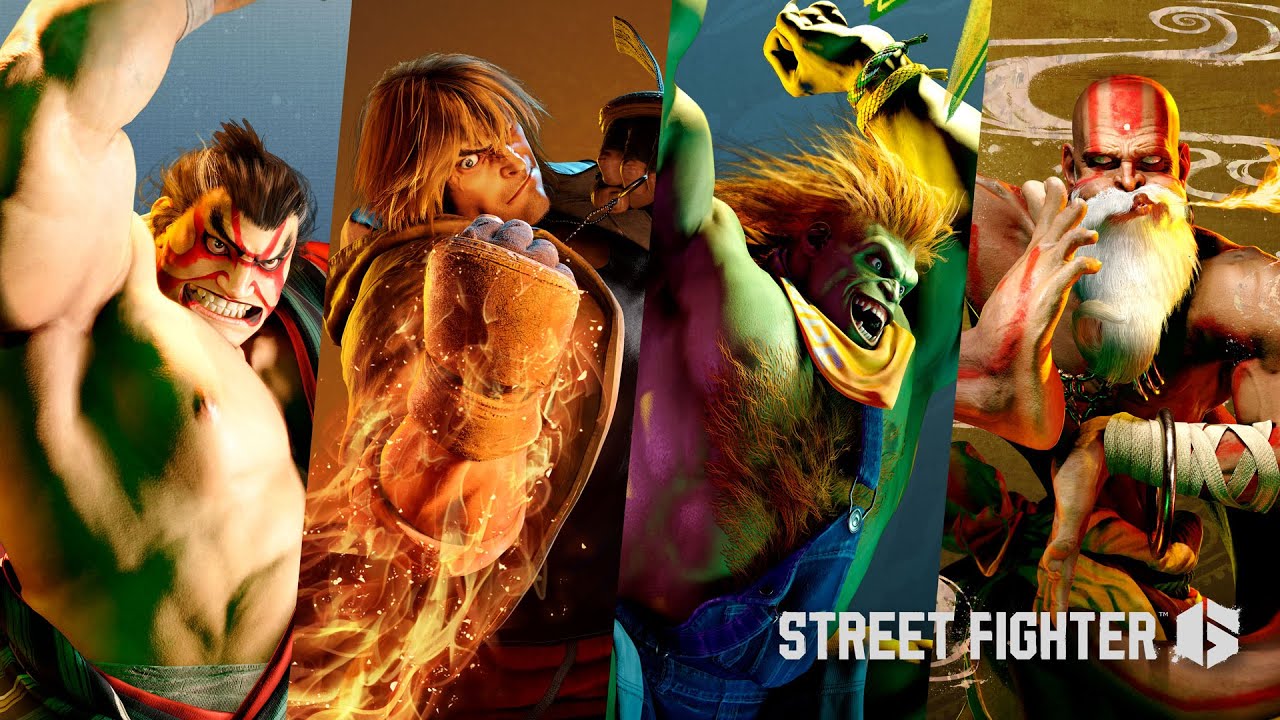 The all-new Extreme Battle mode enters the Fighting Ground to offer a new way to spice up matches with unconventional parameters. These fast and frantic battles are defined by new Rules and Gimmicks that make every match an experience anyone can enjoy. Rules define the victory condition for players, while Gimmicks add a new level of fun such as a stampeding bull sporadically interrupting a match.

Two more commentators were also revealed for the Real-Time Commentary feature, Kosuke Hiraiwa (play-by-play commentator) and His Excellency Demon Kakka (color commentator). Kosuke Hiraiwa is a well-known esports caster who lends his expertise and professionalism to Street Fighter 6. H.E.Demon Kakka is the lead singer of Japanese heavy metal band Seikima-II. While they will commentate your matches in Japanese, there will be accompanying subtitles for any of the 13 supported languages displayed on the screen if they are selected.

Check out the Capcom News Blog and official Street Fighter 6 website to learn more about the new characters, new World Tour and Battle Hub details, upcoming Closed Beta Test and all other details unveiled during the show.

New footage of the long-awaited DLC premiered at Tokyo Game Show 2022’s Capcom Online Program, showcasing Ethan Winters’ new animations from the highly requested “Third Person Mode.” The video also delved into the twisted realm within the mind of the Megamycete, providing a fresh look at the terrors lurking in “Shadows of Rose.” In this new story set 16 years after the main game, Rose Winters searches for a cure for her powers. However, she must use them to survive her encounters with the Face Eaters. These abilities allow Rose to stun her monstrous pursuers long enough to elude them or target their weak points. Finally, viewers got a glimpse of the new “The Mercenaries Additional Orders” characters in action, including Lady Dimitrescu summoning insect swarms to exterminate her enemies.

Resident Evil Village is also extending its talons to new platforms. Today, Capcom announced the eighth main installment in the series releases for Mac in 2022. The recently announced Resident Evil™ Village Cloud, debuts for Nintendo Switch™ on Oct. 28, 2022. A cloud demo is now available to stream via the Nintendo eShop. Players may pre-order or purchase the full game only after successfully testing their internet connections with the cloud demo.

The show even had something that might interest fans of Resident Evil™ 4, as the reawakened classic was confirmed to be in development for PlayStation 4 in addition to PlayStation 5, Xbox Series X|S, and PC. Look out for even more updates on Resident Evil 4 at the Resident Evil™ Showcase in October 2022.

Monster Hunter Rise: Sunbreak opened the TGS2022 Capcom Online Program with a fiery new trailer of the rising threats facing Elgado Outpost, and the new tools at hunters’ disposal when Title Update 2 arrives on September 29. The previously announced return of Flaming Espinas from Monster Hunter™ Frontier sets the stage for another blazing beast’s reveal: Violet Mizutsune. This creature’s alluring bubbles are actually filled with a highly combustible gas that can turn any graceful movement into an inferno of white-hot flame. Finally, an Elder Dragon capable of overcoming the affliction has been sighted. Risen Chameleos has managed to achieve symbiosis with the Qurio, and through this diabolical union has gained incredible power and even more devious attacks. Hunters bold enough to challenge these overwhelming foes will receive materials for crafting new weapons and armor complete with new skills.

Additionally, a new tier of Anomaly Quests will be added, and will include challenging targets like Gore Magala and Espinas. Anomaly Investigations are also being expanded, with an increased level cap of 120, and new afflicted materials. Hunters crafty enough to survive the challenge will be able to unlock new options for Qurious Crafting, including added Anomaly Slots and other new upgrades for weapons. Fashion Hunters also have reason to rejoice, as Title Update 2 will introduce layered weapons. This system enables hunters to change the appearance of their weapon to combine their favorite stats and designs. Finally, this update also includes new paid DLC such as the Master Arlow layered armor set, layered weapons, gestures, poses, hairstyles, and more.

New Event Quests will continue to arrive every week, and A-List Hunters eager for even more challenges can look forward to future title updates, as new monsters and more are just around the corner with Title Update 3 launching in late November. 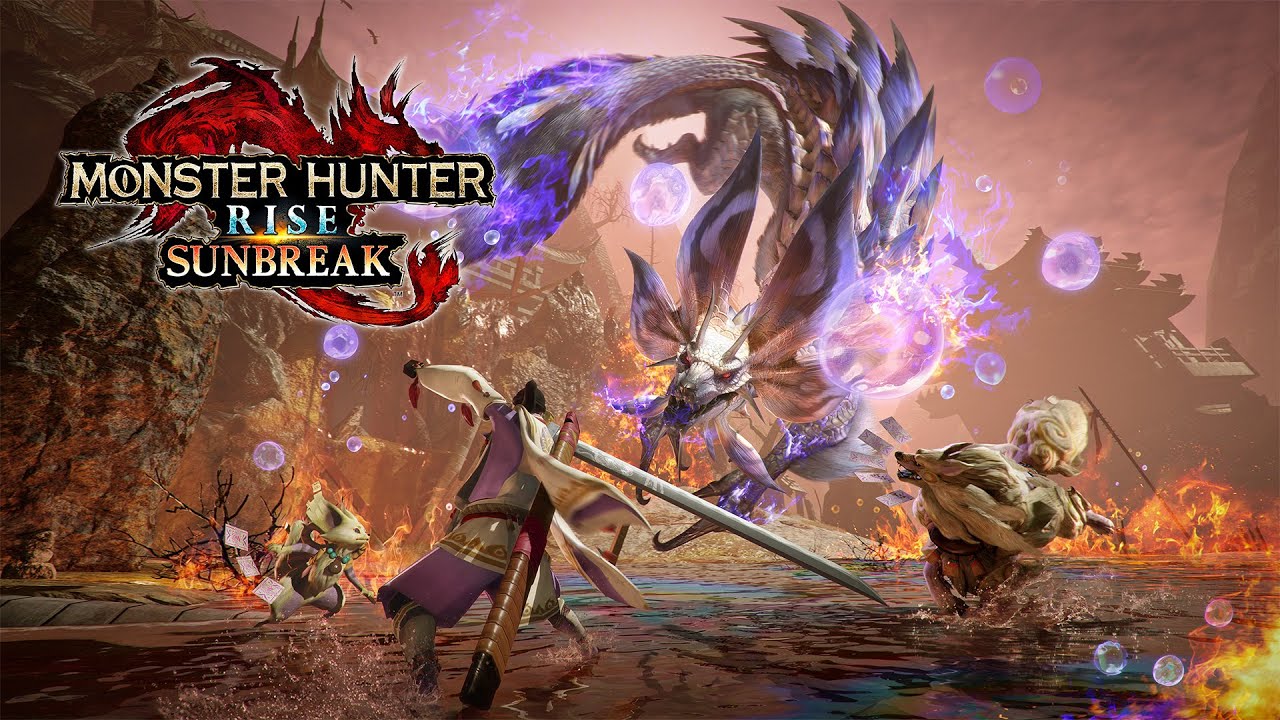 Exoprimal summoned a swarm of updates from a mysterious vortex in the sky, including exciting new story and gameplay details about the upcoming team-based action game.

The Tokyo Game Show trailer introduced two new dinosaurs: the venom-spitting dilophosaurus and the carnotaurus, a massive beast that charges headlong into melee with its brutal horns. Players will take on these threats with a range of cutting-edge combat armor. This advanced arsenal includes a pair of newly-revealed Exosuits. Skywave is a Support type that can fly, heal allies, and obstruct its adversaries’ vision and movement. Meanwhile, the samurai-inspired Tank model Murasame can guard against assaults from all sides before unleashing powerful counterattacks with its katana, Kiri-Ichimonji.

Players can tailor-make their Exosuits with a myriad of weapon and suit skins, decals, charms, and more. A variety of emote choices offer ways to interact with teammates. There is even gear to enhance Exosuit performance. Modules grant bonuses like faster reload speeds, and Rigs arm players with extra abilities, such as the new Blade Rig with its paralyzing electromagnetic shuriken. Customization options even extend to the main protagonist, Ace, who can be fully personalized with the character creator.

Ace’s story begins in 2043, after dinosaur outbreaks engulf the globe. The transport plane carrying their Exofighter unit, the Hammerheads, crash-lands on Bikitoa Island. There, they are forced to compete against hordes of dinosaurs and squads of fellow Exofighters in wargames hosted by the A.I. Leviathan. Not everyone on the island is necessarily an enemy, though. The Hammerheads receive help from a pilot known as Magnum, who shares his knowledge about the deadly situation they find themselves in. Perhaps by working together they can find a way to survive and escape.

Exoprimal launches in 2023 for PlayStation®5, Xbox Series X|S, PlayStation®4, Xbox One, and Steam. 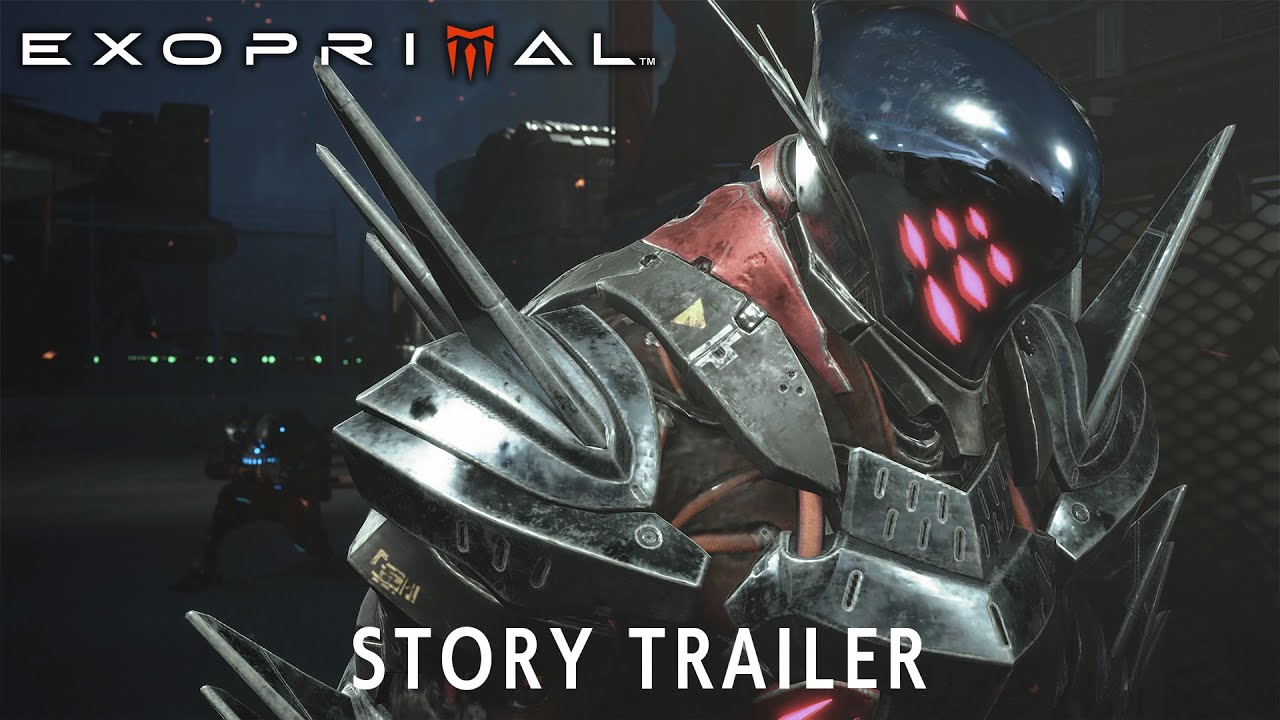 Get on the Grid with Mega Man Battle Network Legacy Collection

Attention all Operators: new Mega Man Battle Network Legacy Collection information is arriving to your Personal Terminals. A voiced 3D version of Mega Man.EXE will be your personal Navi on the title select screen, and it will behave similar to the PET Screen from the series with various reactions based upon your play and control style. Additionally, Director Masakazu Eguchi (known to long-time fans as Mr. Famous) took to the stage to announce that online features, including online battle and chip trading for each title in the series, are in development. Check out the official Mega Man Twitter channel and stay tuned for more details in the future!

We look forward to sharing more updates on upcoming Capcom titles as the year continues. 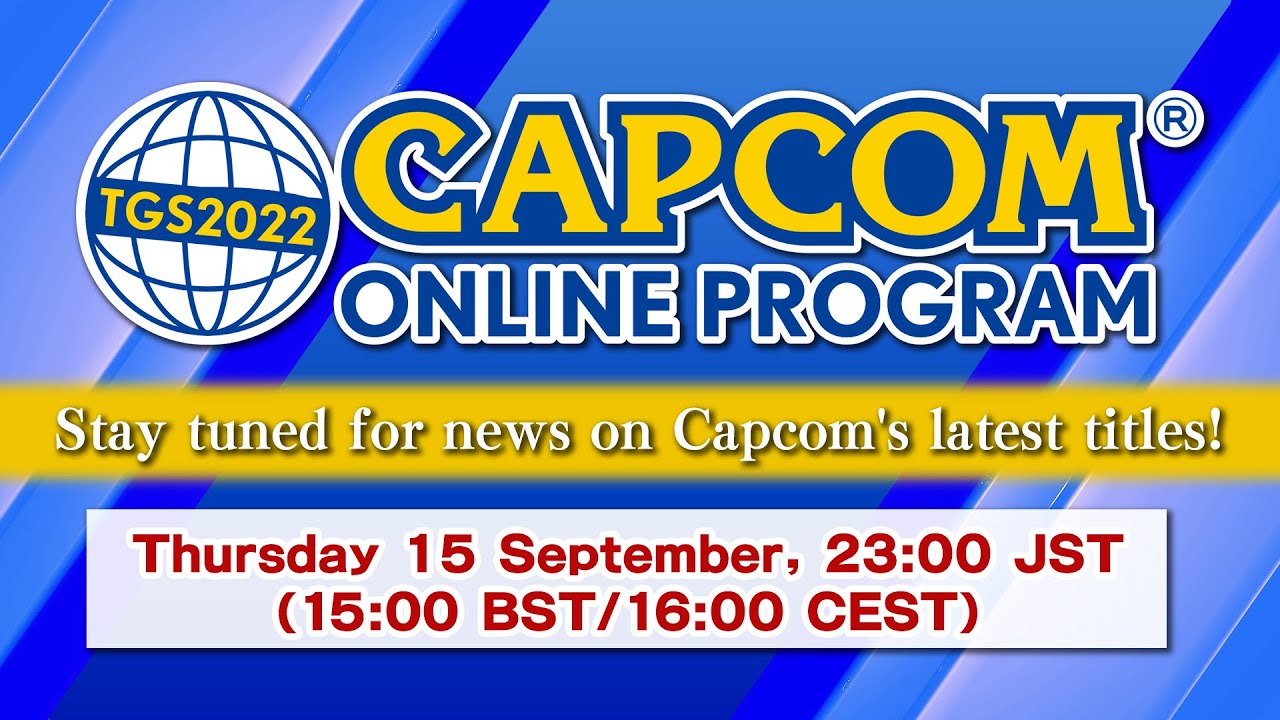