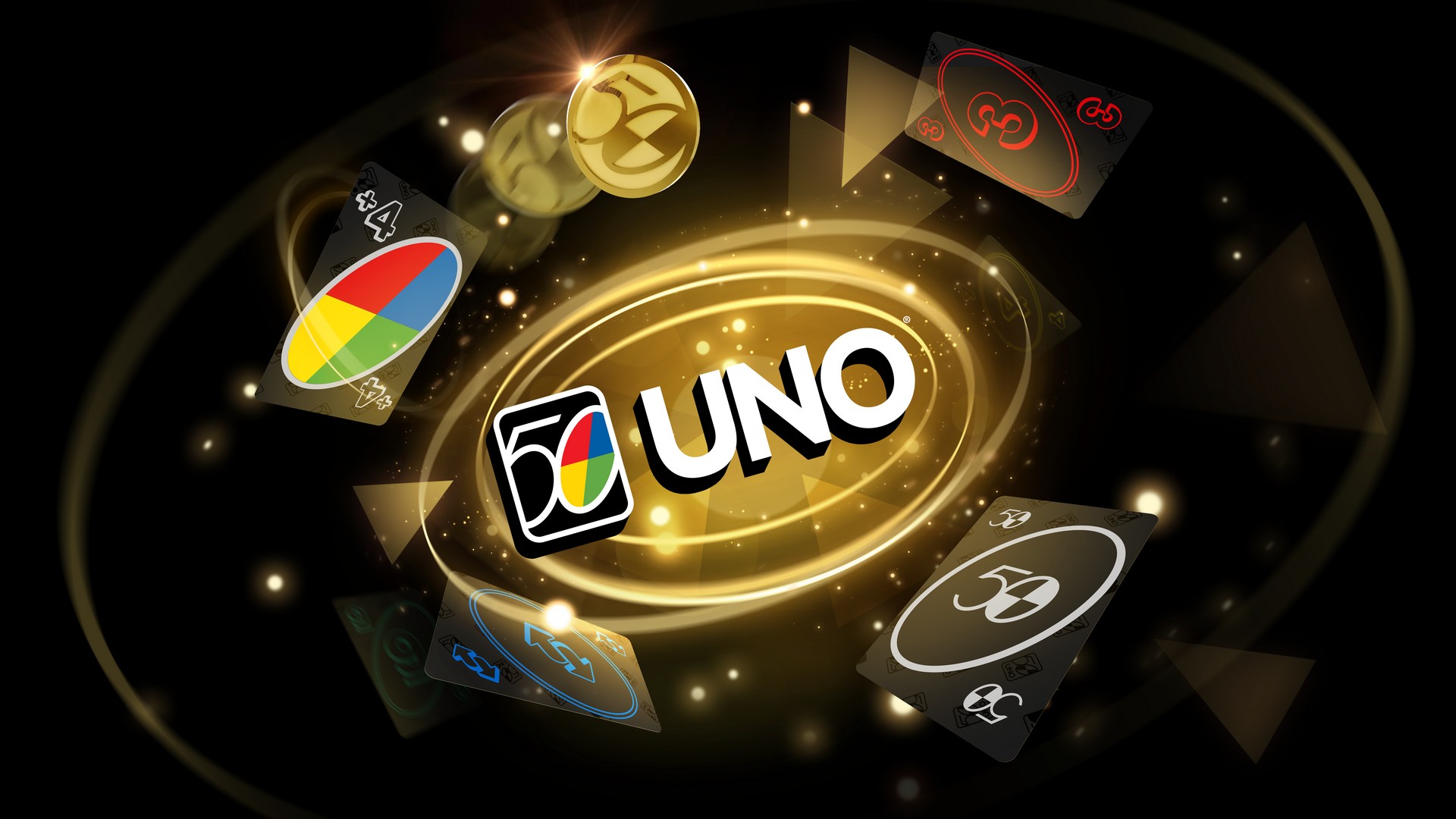 Mattel, Inc. and Ubisoft announced a special DLC for the popular UNO video game in celebration of the 50th anniversary of UNO, the number one game in the world*. The DLC, available now, includes a premium deck, board, and rule.

The new UNO 50th Anniversary DLC introduces velvety black cards, a renovated black and gold board, a commemorative gold coin, and an exclusive 50/50 card. Whenever someone plays the special 50/50 card, the coin will be tossed to see who will have to draw four extra cards.

Based on the physical version of the card game, the UNO video game comes with several themes and DLCs that bring exclusive special cards for even more fun. Players can experience the icy board of the Winter theme, shake things up with the Rabbids, Rayman, and Just Dance 2017 DLC, or flip the whole game in the UNO FLIP!™ DLC. Most recently, the Fenyx’s Quest DLC, inspired by Immortals Fenyx Rising, added a fantastical twist to the classic UNO experience with new features based on the most iconic elements of the Golden Isle.

The 50th anniversary DLC is now available to purchase individually on PlayStation®4, Xbox One consoles, Nintendo Switch™ system, Windows PC, and Stadia for AUD$4.49, and will be playable on PlayStation®5 and Xbox Series X|S through backward compatibility. Players can access the Winter theme and the Rabbids DLC at no additional cost, while the DLCs for Rayman, Just Dance 2017, UNO FLIP!™ and Fenyx’s Quest are available for purchase separately or bundled in the Ultimate Edition.