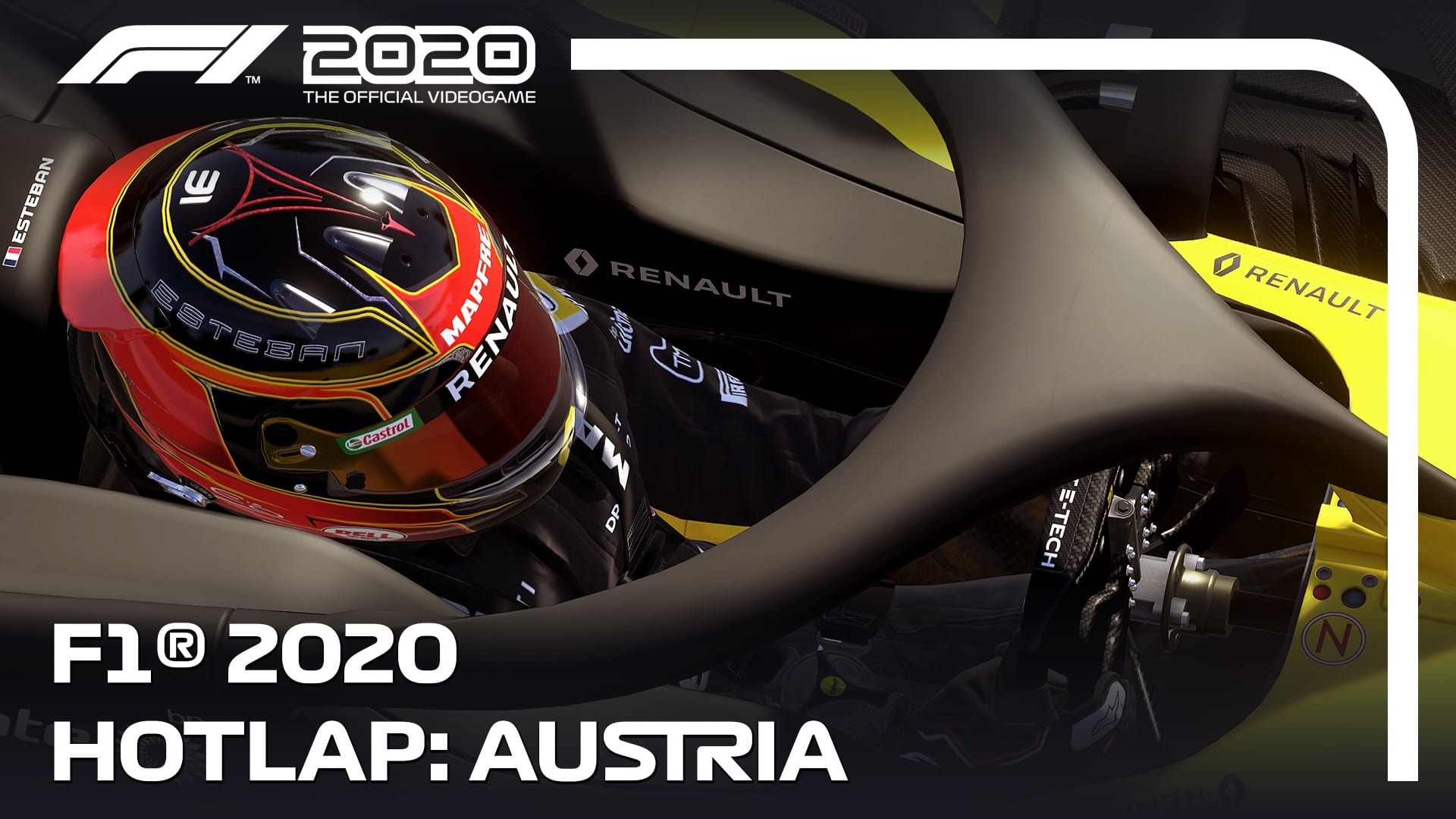 Codemasters® today reveals the latest circuit to feature from F1® 2020’s Hot Lap series. Ahead of this weekend’s revised season opener in Austria, the lap, on the stunning Red Bull Ring, was recorded by the F1® 2020 development team and features Esteban Ocon in his striking Renault. The video can be viewed here

Returning to F1® in 1970 as the fearsome Osterreichring, the circuit known today as the Red Bull Ring was created over the course of the 1995 to 1996 winter. Hermann Tilke turned it into a much shorter and more modern race track, and it was opened in 1996 as the A1-Ring. Formula 1® began at the circuit the next year. It is a short circuit, where the first half very much rewards power, as the cars race along three straights separated by a pair of uphill right-handers. As the drivers work their way downhill, the circuit becomes a high speed alpine luge ride, as the cars navigate through a series of very quick corners, including the exhilarating Rindt right-hander, named for Austria’s first F1® champion.

F1® 2020 Seventy Edition will release on Friday 10 July 2020 for PlayStation®4 computer entertainment system, the Xbox One family of devices including the Xbox One X, Windows PC (via Steam), and Google Stadia (both editions).