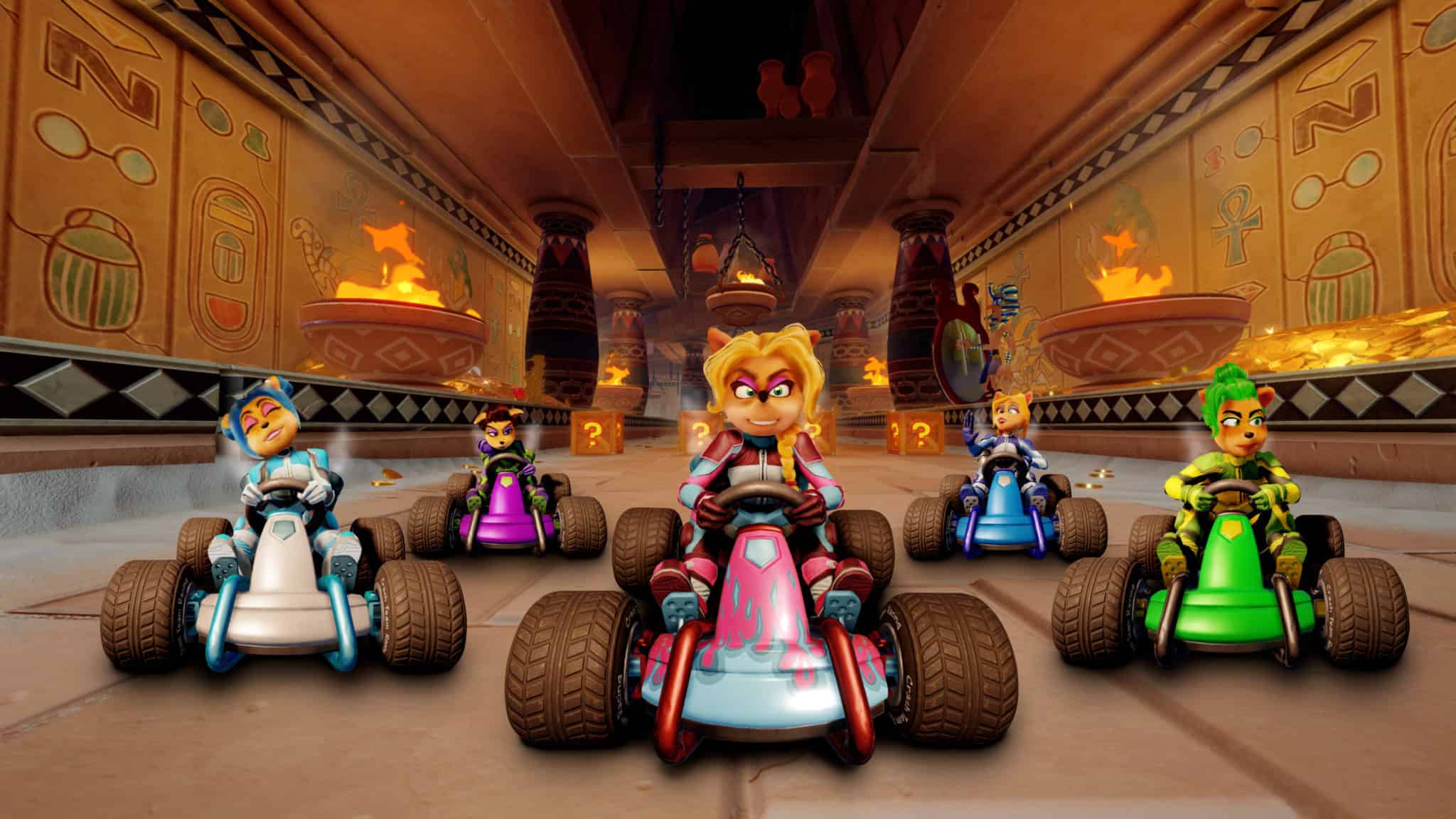 Crash™ Team Racing Nitro-Fueled has officially launched and is showing no signs of slowing down. Currently rated an 80+ on Metacritic and GameRankings, Beenox’s remastered experience has fans all around the world revving up their engines. And, starting this week, the race continues with the release of the game’s first ever Grand Prix!

On July 3 at 10:00 AM AEST all Crash Team Racing Nitro-Fueled players that purchased the game will get the first Grand Prix* season called Nitro Tour pushed to their consoles for free – which gives fans more game to love, including a brand-new track, Twilight Tour, to conquer.

Twilight Tour will take players on an epic ride through a middle east-inspired track! Players will enjoy racing through the track that shifts from day to night during gameplay. What’s more, Crash Team Racing Nitro-Fueled players will be able to compete in Grand Prix challenges* and fuel up their “Nitro Gauge” (XP) with Nitro points, to earn rewards, such as a new character (Tawna), new character skins, new karts, and new kart customisation items.

Also, as part of the content being offered during the Nitro Tour Grand Prix, the in-game Pit Stop is being updated with new characters, skins, karts, and kart customisation items. Players can use the Wumpa Coins* that they earn by playing the game to unlock additional cool items, such as the Nitro Squad as playable characters for the first time. Formerly known as the Trophy Girls in the original CTR, the Nitro Squad have come to compete as some of the fiercest racers around!

For more information, players can head over to CTR TV, the in-game news channel where hosts Chick and Stew revealed some of the fun awaiting players in the Grand Prix and more.