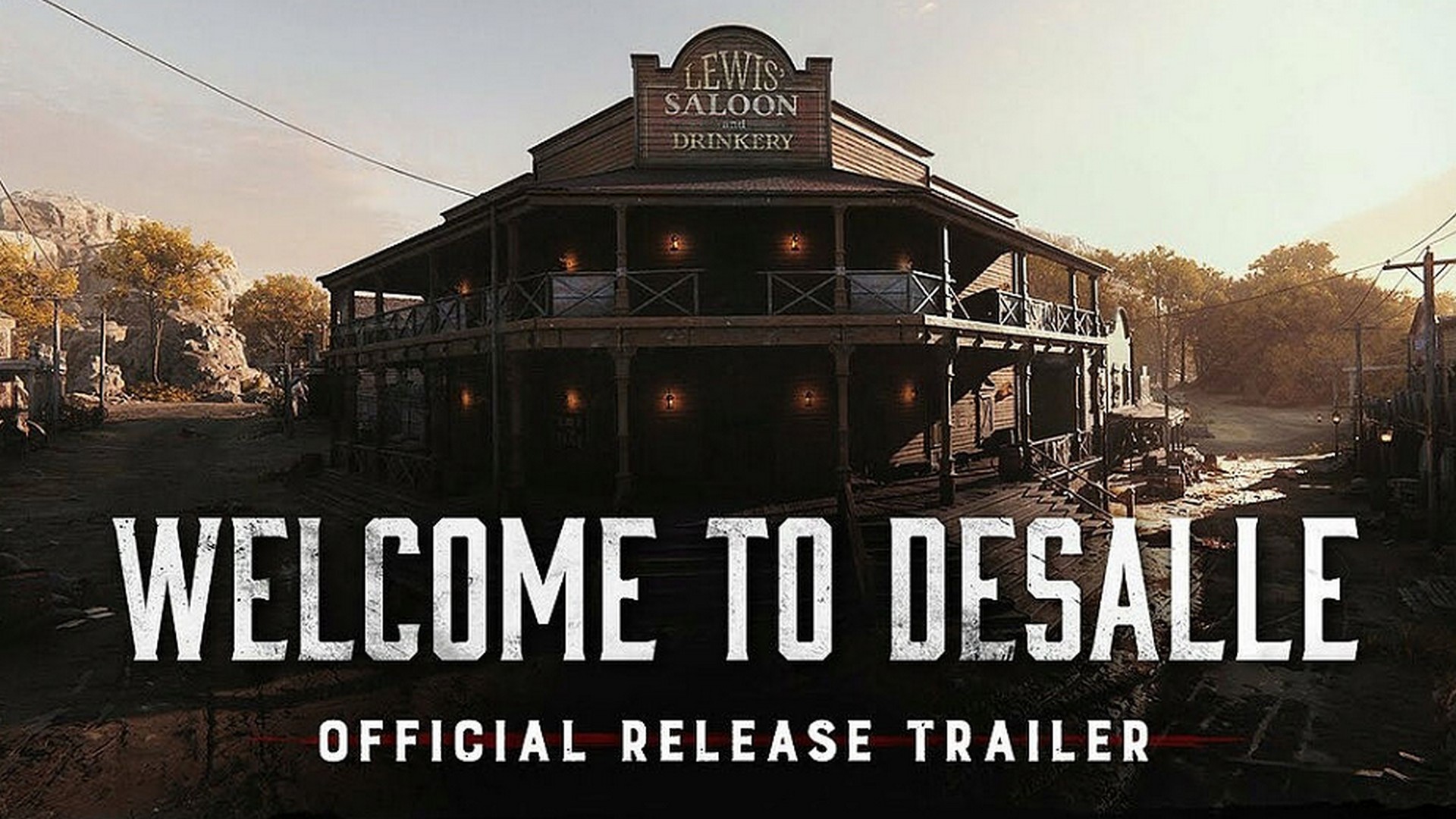 Hunt: Showdown’s brand-new map, DeSalle, is officially available on PC, as of today; and on Xbox and PlayStation networks in early August, following a soft launch on the test servers. The map brings a fresh new setting to the game, giving players 16 new compounds to explore. DeSalle joins the other maps of Stillwater Bayou and Lawson Delta.

The main difference in the map compared to the others is the way gameplay is focused vertically, along with more routes to the compounds and gameplay approaches. Upper DeSalle and Lower DeSalle – the map’s two main compounds — intertwine with one another to give the map a Wild West feel – players can even charge through the swinging doors of a saloon and much more. There are not only cities to battle it out in but also a mansion, a quarry, and a prison along with many other settings.

The map so far has received huge praise from players and press on the test server deeming it “A breath of fresh air” with level design, audio, and attention to detail being highly acclaimed. Eagle-eyed players have also found various Easter eggs hidden away in the map, spreading excitement in the community. Loïc Raimond, Live Service Producer for Hunt comments further, “We’re so pleased to see such great praise for the map on the test server with players pointing out that the map is fun and fresh as well as graphically stunning. The team have worked so hard and it’s great to see the community so happy, we can’t wait to release it on all the other platforms for everyone to play.”

Keep an eye out for some Easter eggs that the team has placed throughout the map! How many of them can you find?

The Hunt: Showdown team hopes that all new players enjoy the map as much as they’ve enjoyed working on it, for new players to the game it’s currently 50% off on Steam with the chance to get DLCs with up to 70% off.