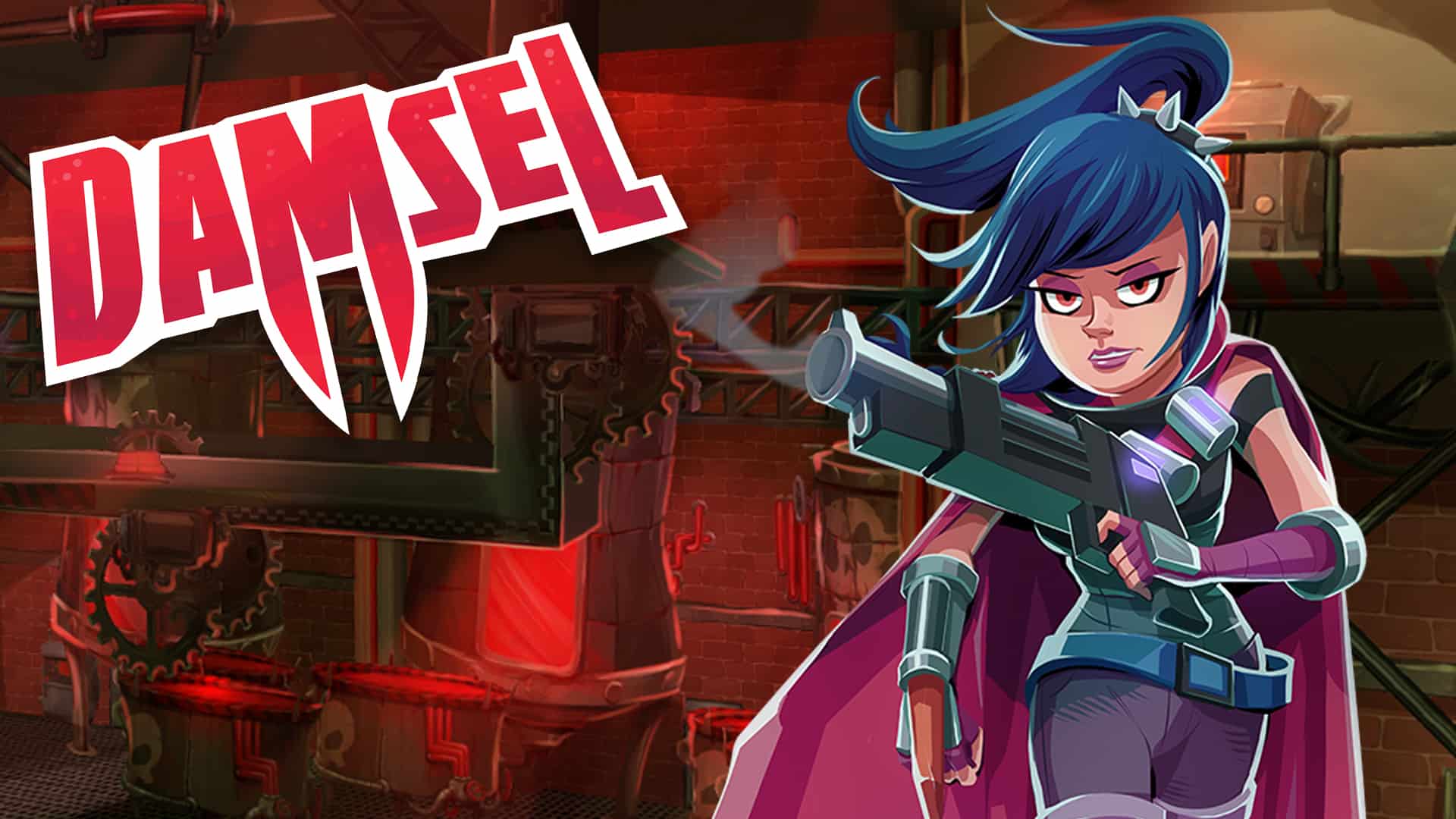 Damsel, the vampire slaying arcade game from Screwtape Studios, has added its first free massive update on Steam® for Windows users. A Mac and Linux version will be released in the upcoming weeks. As an added bonus Damsel is available for 40% off during the Steam Summer Sale.

Called ‘Episode 3: Executive Incentives’, the update adds a coffin load of new content focusing on the third episode for players to enjoy. As the investigation of the vampire-owned Red Mist Beverage Corporation ramps up players will see Damsel visiting much larger and challenging locations from illegal blood farms to the intricate halls and basements of ancient castles.

The new episode content consists of 25 new missions across 5 new arenas which can be played through the campaign or unlocked for arcade mode. In between missions the story unwraps through comic panels which brings the dark cartoon world of Damsel to life.

Leaderboards have been added for each mission showing the best score and best times, including functionality for cross-platform for the upcoming console versions.

Additionally there is an improvement to the game’s UI and menus to give a more comic vibe, as well as gameplay adjustments and bug fixes which can be found on the Steam Community page.

Check out Damsel on Steam

“It has been quite humbling to hear players praise the unique dark comic aesthetic in Damsel“, said David Gunnarsson, UI and Comic Artist, Screwtape Studios. “The update should allow players to get further absorbed into the stories of Damsel.”

In 2018 Damsel was a recipient of the inaugural Game Production and Marketing Investment grant by Screen Queensland, via a competitive application and review process.

To keep up to date please visit Damsel’s official site