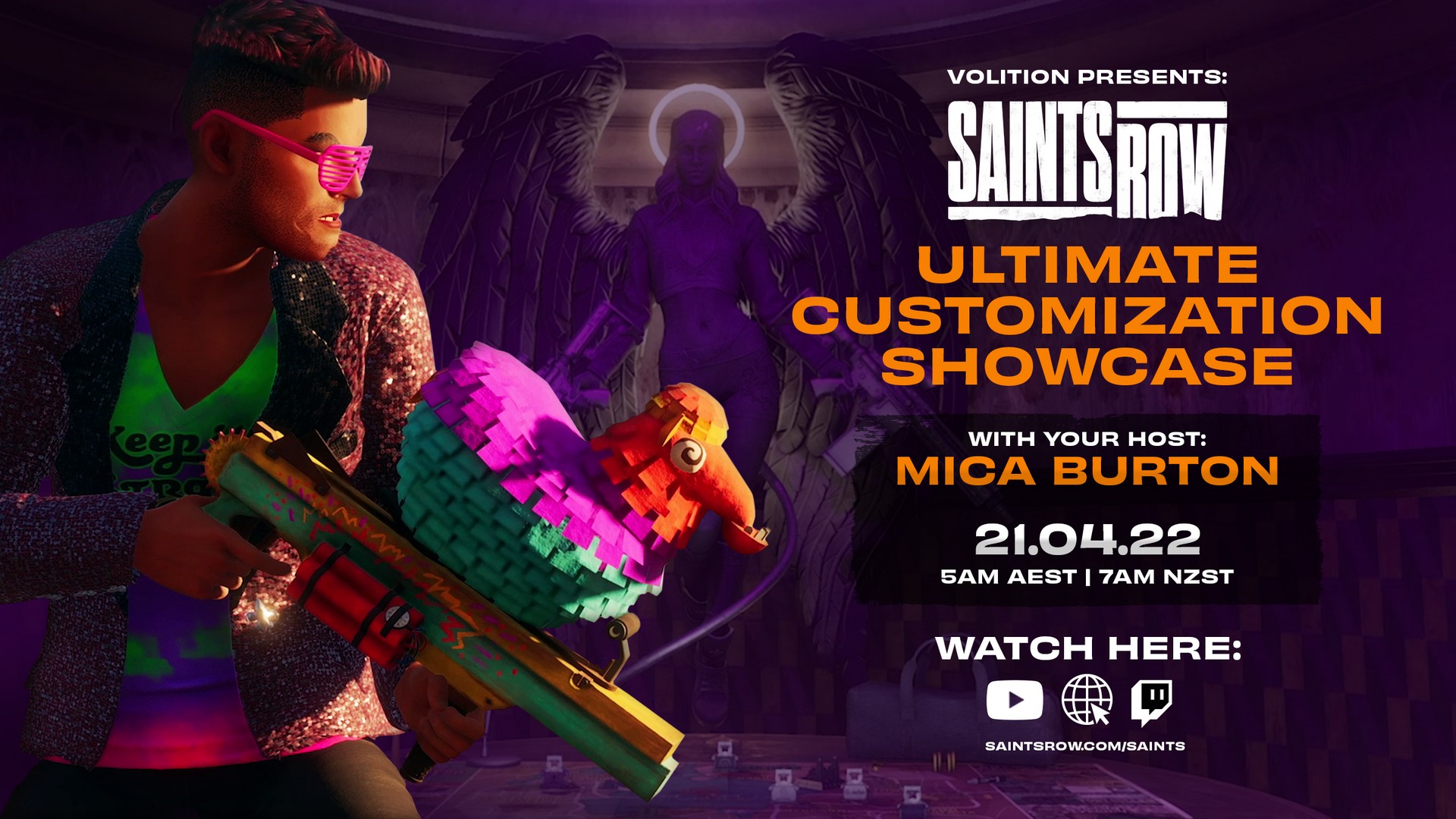 The extensive showcase, starring key members from developer Volition and hosted by actress and host, Mica Burton, will air on Deep Silver’s Twitch and YouTube channels at 12pm PDT on 20th April / 5am AEST on 21st April.

Within the showcase itself, longtime fans and newcomers alike will be delighted to see a brand new trailer fully focused on customization across all aspects of player choice in the game, that will get gamers excited about all the incredible ways you can Be Your Own Boss in Saints Row – it will truly show off the breadth and depth of the customization features Volition have packed into the title.

Set in the fictional vibrant city of Santo Ileso, Saints Row is complete reboot of the series and combines all the action, crime and humor you’d expect from a Saints Row game. The extensive customization suite is Volition’s most powerful toolset to date and is best in class; you can modify almost anything in outlandish or aspirational fashion. How your Boss looks as you take over the city’s criminal underbelly is entirely up to you.

Volition has removed the boundaries of gender and restrictions for players – put anything on without limits and rules. Plus, there’s an incredible amount of vehicle options and weapon customization tools. Ultimately, in Saints Row, Player Choice comes first.

For more information on Saints Row visit the website SaintsRow.com.