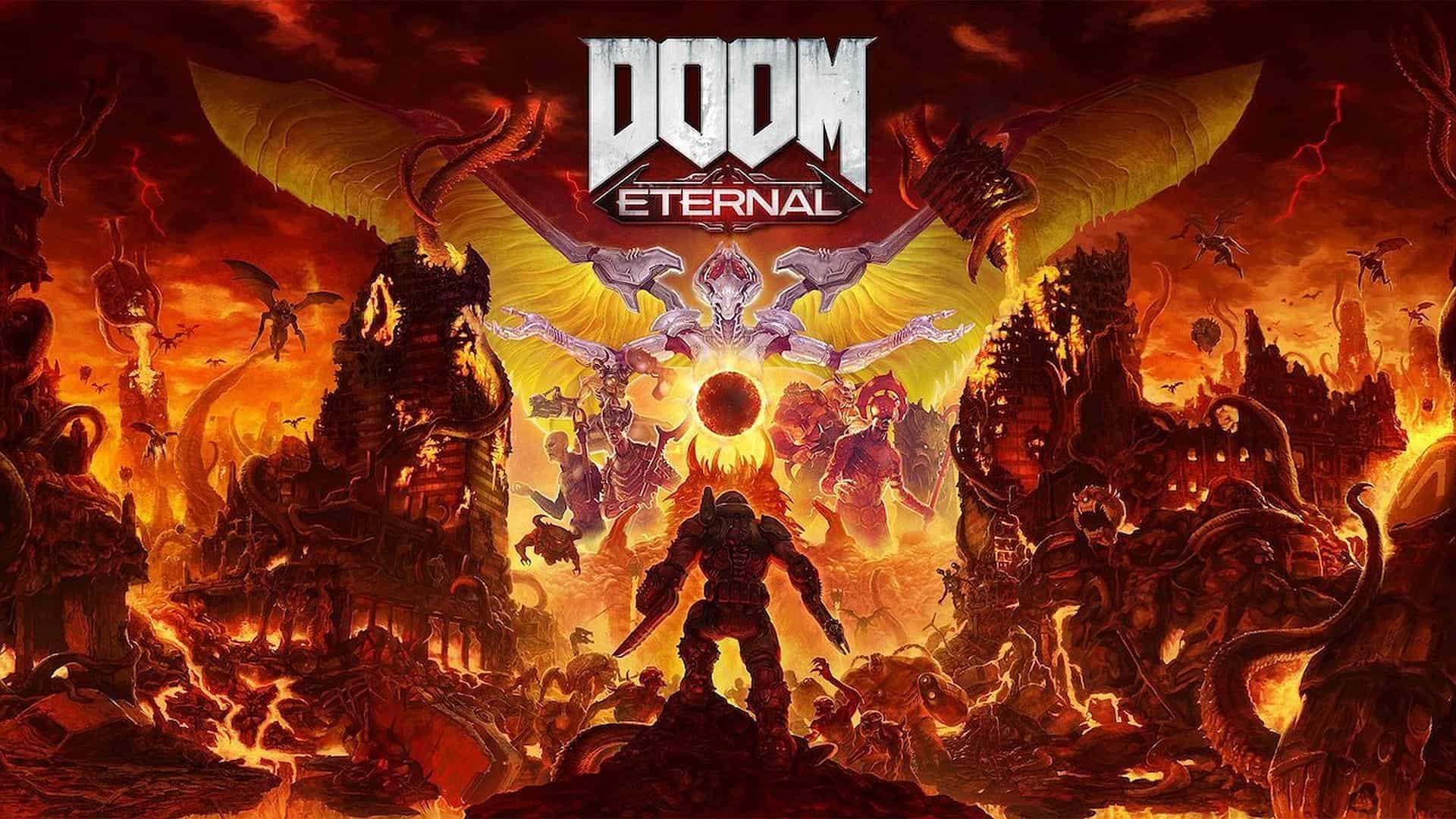 DOOM Eternal, the critically acclaimed and award-winning shooter from id Software and nominated in four categories at the 2020 Game Awards including Game of the Year and Action Game of the Year, launches digitally on Nintendo Switch on December 8.

Developed in partnership with Panic Button – the studio behind the Nintendo Switch ports of DOOM (2016), Wolfenstein II: The New Colossus, and Wolfenstein: Youngblood – players can experience the epic single-player campaign at home or on the go.

Experience the ultimate combination of speed and power in DOOM Eternal with the next leap in first-person combat powered by idTech 7. Armed with a shoulder-mounted flamethrower, wrist-mounted blade, upgraded guns, new abilities and more, you’re the greatest demon slayer in existence.

Motion Aiming arrives for DOOM Eternal on Nintendo Switch, with a control option that allows you to aim using gyro controls. The option can be used in conjunction with the control stick for the perfect blend of immersion and accuracy.

Players can also test their skill in BATTLEMODE, a 2 vs. 1 online multiplayer experience. A fully-armed DOOM Slayer faces off against two player-controlled demons, fighting it out in a best-of-five round match.