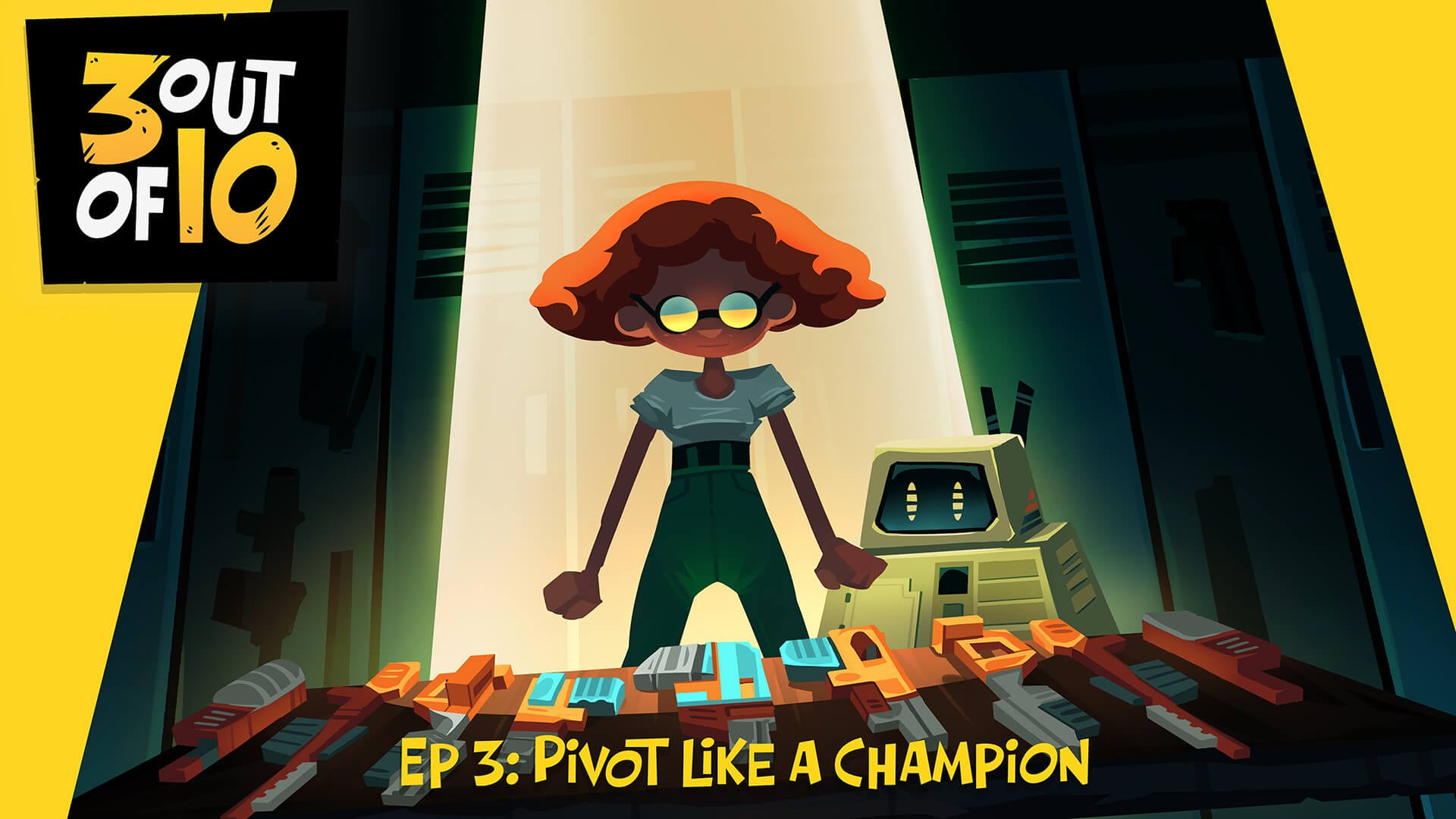 3 out of 10, the episodic playable sitcom about life at the world’s worst game development studio, repositions itself today with Episode 3 – “Pivot Like A Champion,” exclusively on the Epic Games Store for PC. New episodes of Season One release for free on Thursdays through September 3.

Happy Halfway Through Development Day! The beleaguered devs at Shovelworks Studios inch closer than ever to completing their endless runner—with an end—but CEO Jeb has other plans. When Jeb says “Pivot,” Midge, Kevin, Pylon, and the gang are left to ask “How hard?” Without any guidance, the team is left with only one way to solve their gaming conflict: a Battle Royale!

In the Warzone of Shovelworks’ office complex, Victory Royale means proposing your idea to Jeb. Which Duo will be the Champion? How many Battle Royale references can one episode hold?!

Open Episode 3’s Supply Drop of new mini-games as 3 out of 10 turns its comedic stylings on new aspects of the industry. Test your drop skills with a stylish skydiving entrance. In first person, avoid the watchful eyes of Joan and her trademark night-vision trident goggles. Wield foam dart guns for third-person shooting from—wait for it—behind cover. Flex side-scrolling beat ‘em up skills with an enemy-tossing boss fight that will have you saying “Cowabunga!”

As Season One heats up, each weekly episode brings exciting changes to 3 out of 10’s unfolding world. Check out a fresh build of Surfing With Sharks, the studio’s work-in-progress game that changes weekly (but never for the better). Explore the ever-shifting office for new easter eggs, in-jokes, and satirical secrets. Witness new sides of Shovelwork’s lovably ridiculous team members as they fight to earn their first review score higher than a 3 out of 10.

“Working almost entirely in Unreal Engine 4—including rigging, animating, and editing the entire show!—allows us to stay very agile and make lots of week-to-week changes,” said Joe Mirabello, creative director for Terrible Posture Games. “Thankfully, we haven’t had to truly pivot yet, since people seem to like what we’re doing, but we anticipate player satisfaction and corporate profits plummeting with Season Three’s ill-conceived gritty reboot.”

Check out the full collection of Season One episodes, with new episodes releasing every Thursday through Sept. 3.