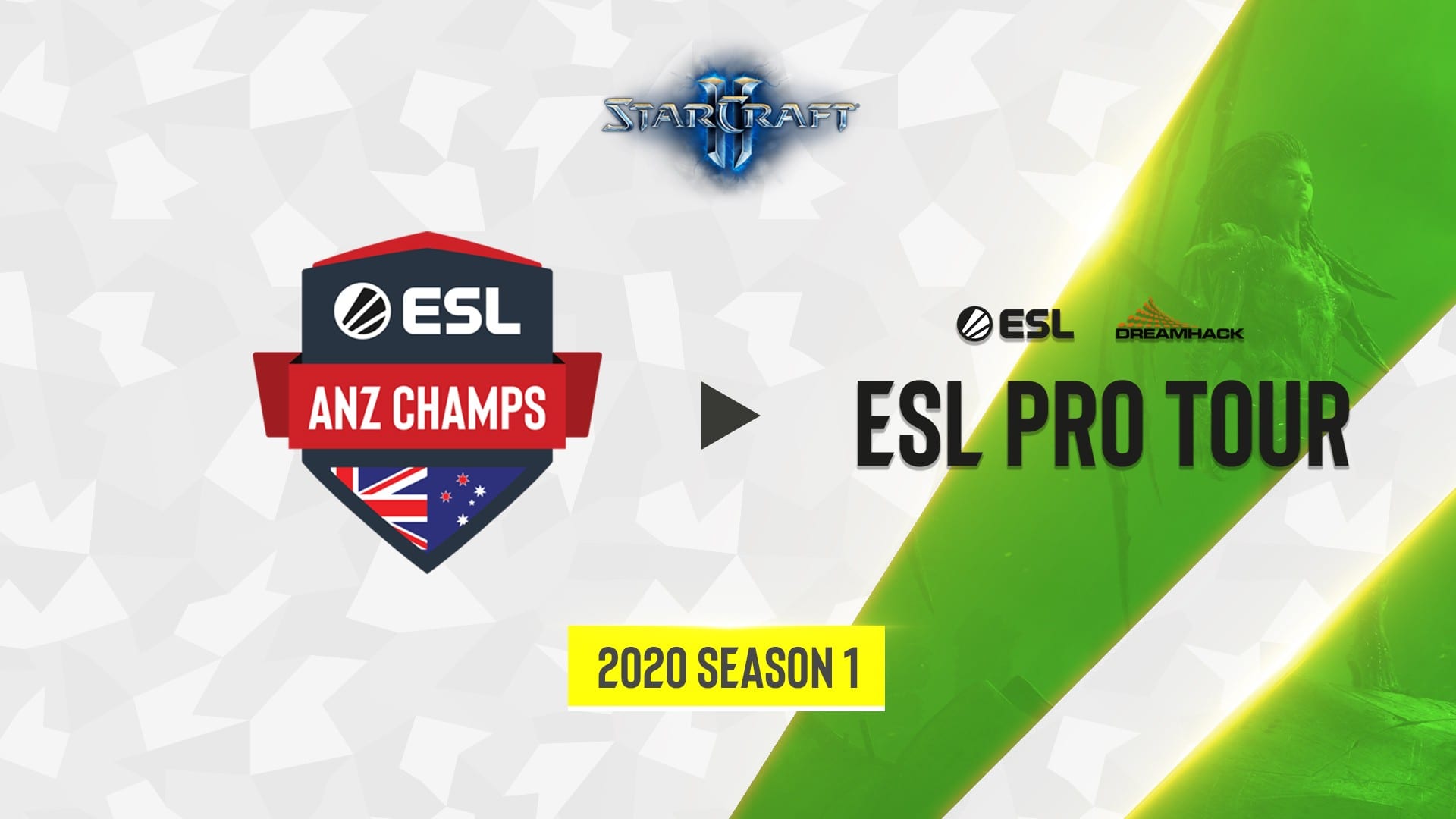 Today ESL has announced the addition of the ESL ANZ Champs as an official pathway to the ESL Pro Tour for StarCraft II. The new integration provides players across Oceania and South-East Asia (SEA) a clear route into four (4) Masters level events throughout the year.

“With the addition of StarCraft II to the ESL ANZ Champs, we’re excited to also unveil this new global pathway for players in our league.” said James Fletcher, Product Manager at ESL Australia. “Competing at an ESL Pro Tour Masters level event is an aspiration that we hope many local players share, and we look forward to seeing our region represented on the global stage.”

In 2020, StarCraft II in the ESL ANZ Champs will feature four (4) qualifier events that will offer the region’s top competitors a pathway into ESL Pro Tour Master level events. In Season 1 2020, all players will be able to compete for a single slot into DreamHack Dallas and DreamHack Valencia. In Season 2, players will have the opportunity to compete amongst the world’s best at DreamHack Montreal and one additional Masters level event, to be announced.

StarCraft II in the ESL ANZ Champs this year will allow players from a broader regional pool across Oceania and South-East Asia to compete, including players from countries such as Australia, New Zealand, India, Indonesia, Malaysia, Singapore, Thailand, Philippines and Vietnam. Each qualifier will consist of three stages: Open Qualifiers, Group Stage and Playoffs, whilst featuring a whopping $6,600USD (over $9,000AUD as of 12/02/2020) in prize money and the prestigious global pathway to each respective event.

For more information, and to sign up, players can visit the official ESL ANZ Champs website at pro.eslgaming.com/anz/sc2