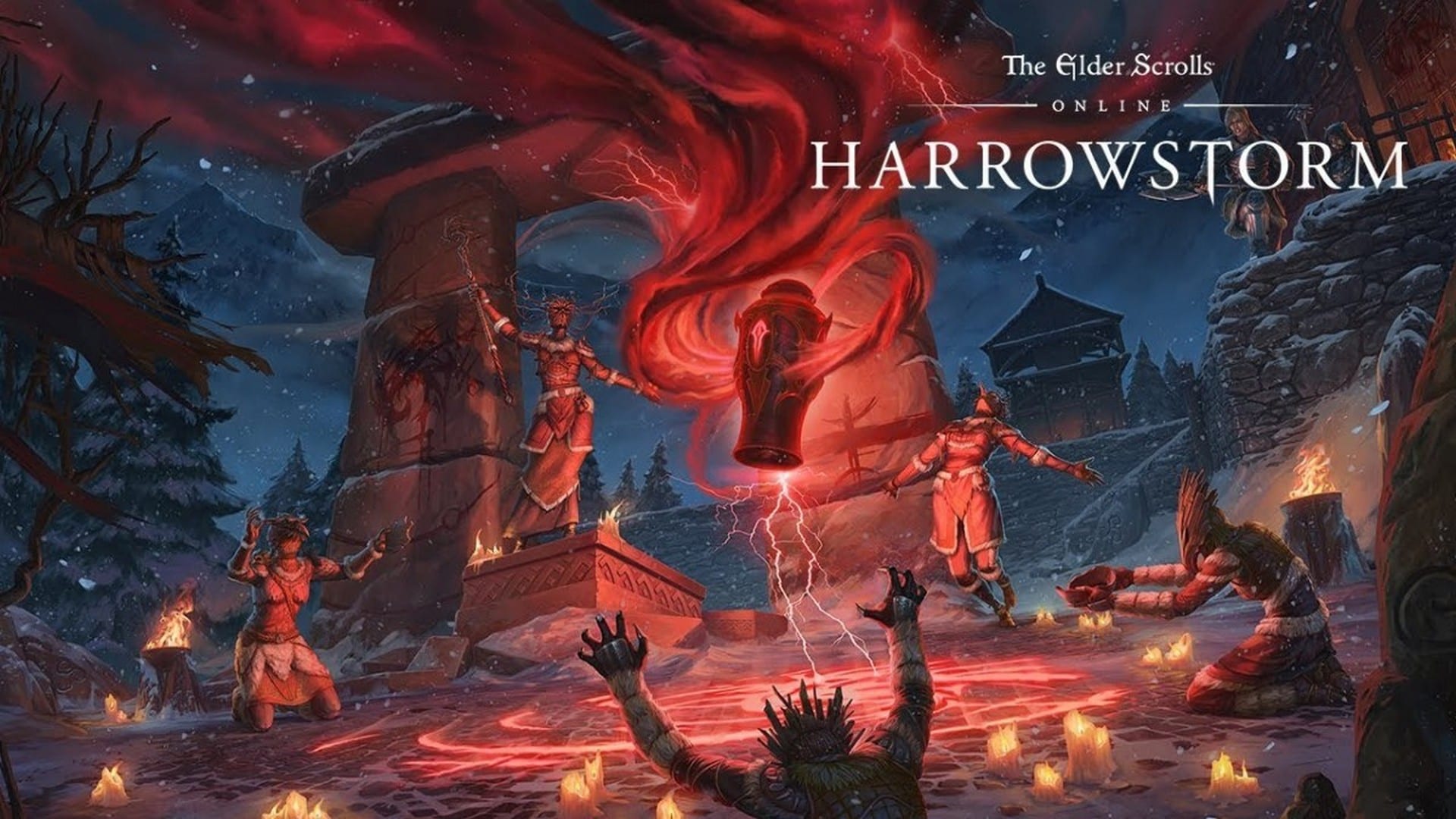 The DLC will set up the events of the upcoming Greymoor Chapter and features two challenging new dungeons, Unhallowed Grave and Icereach, as well as free performance improvements as part of base game Update 25.

Harrowstorm is only the beginning of the Dark Heart of Skyrim yearlong adventure. Coming in May for PC/Mac and June for consoles is ESO’s Greymoor Chapter. Greymoor brings players to Western Skyrim, the frozen homeland of the Nords, and the long-forgotten Blackreach cavern—expanded from what players originally explored in The Elder Scrolls V: Skyrim—to fight sinister monsters while unlocking the secret of the Dark Heart of Skyrim. More details on Greymoor are on their preview blog.