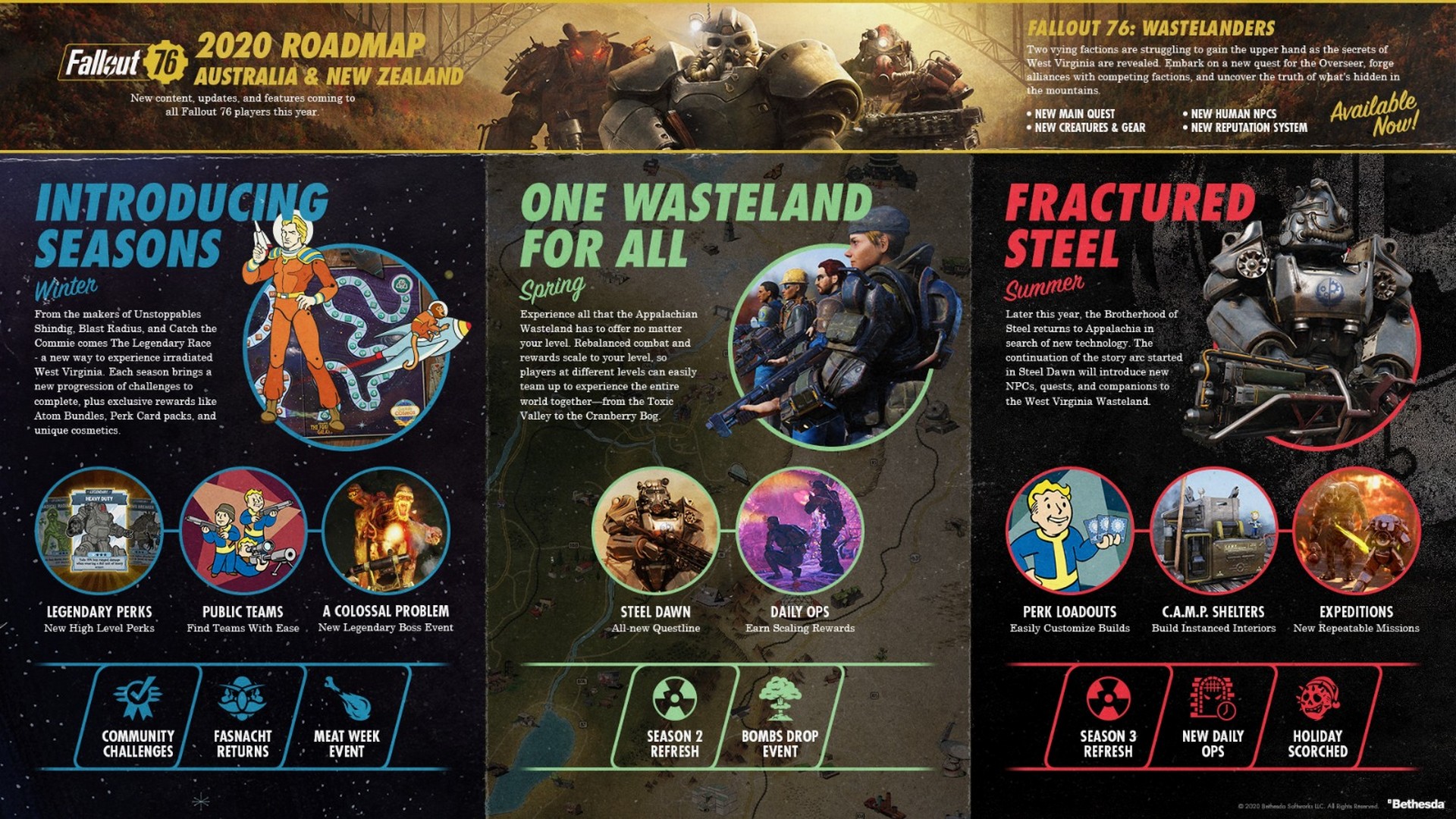 Today we released the 2020 roadmap for Fallout 76. The roadmap outlines future content coming to Fallout 76 this year including the introduction of Seasons, a major rebalancing of combat and rewards for Dwellers of all levels, C.A.M.P. Shelters, Legendary Perks, plus the start of a yearlong Brotherhood of Steel story arc and more.

Welcome to 76 Seasons! Seasons introduce a new account-wide progression system to Fallout 76 that overhauls the current Challenge system and help players rake in lots of new rewards along the way. Seasons will be available to all players and offer a unified progression path to unlock dozens of new and unique rewards from Power Armor paints and C.A.M.P. items to Atoms, Legendary Scrip, Perk Packs, and so much more.

In place of the old Challenge system that rewarded Atoms for completing Daily and Weekly Challenges, players will instead earn a new currency: S.C.O.R.E. points. These points will advance players in their Seasonal progression on the road to unlocking some incredible rewards. The result is a more engaging, flexible, and fun experience for all types of players. While Seasons are still subject to change based on internal playtests and player feedback, here’s a bit more on how Seasons currently work:

For even more information on 76 Seasons including a look at the rewards, an FAQ, plus details on future roadmap content arriving later this year, visit fallout.bethesda.net