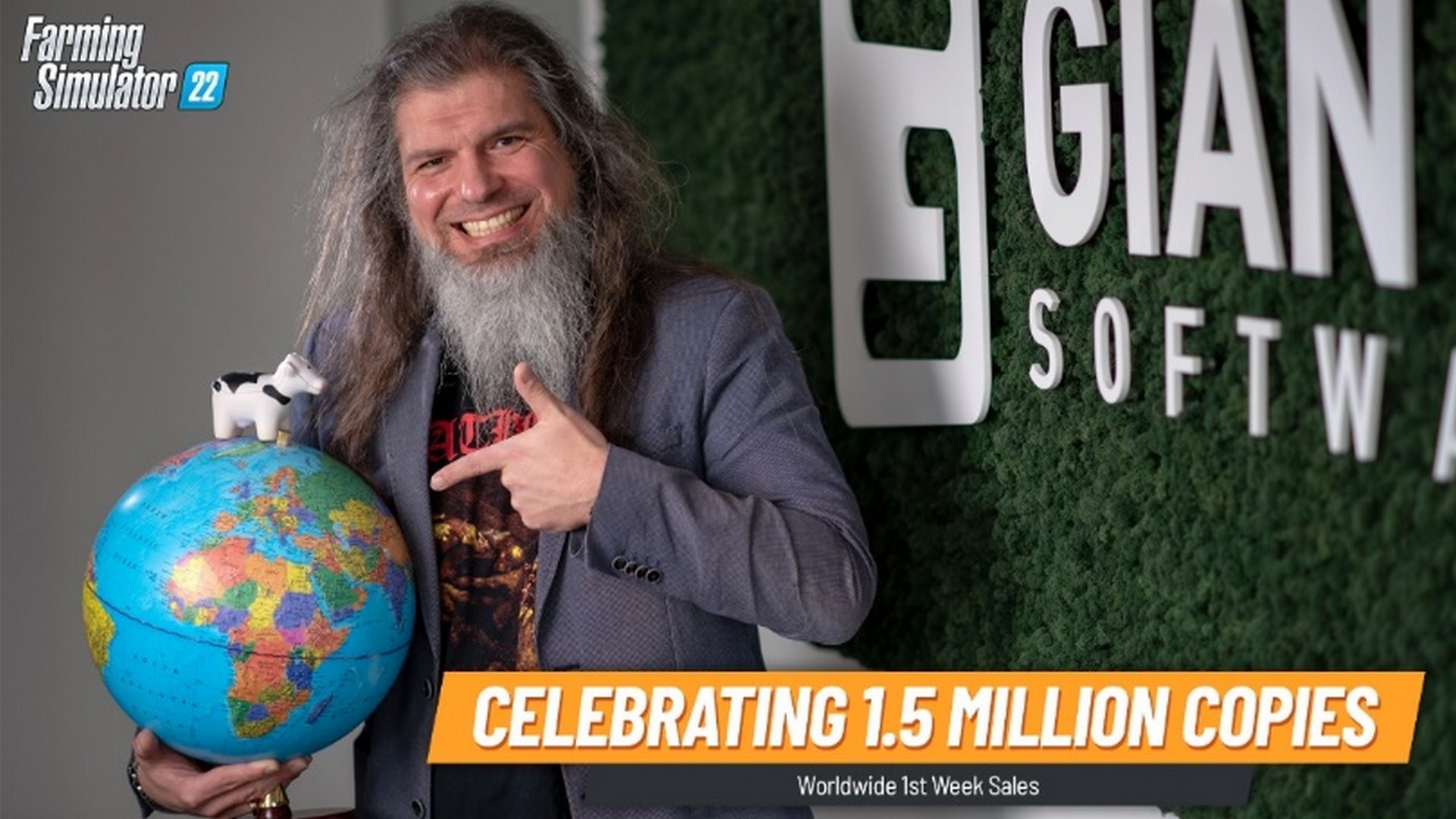 Farming Simulator 22, self-published by GIANTS Software for the first time in the series’ history, is already proving successful with more than 1.5 million copies being sold, the developer and publisher reports merely days after launch on 22nd

As Farming Simulator 22 is now globally available on PC and consoles, the already massive fan base of Farming Simulator players is growing even bigger day by day. Thanks to self-publishing, GIANTS Software was able to streamline the communication with international distributors and extend the network itself to ensure all objectives are met.

“I’m so proud of the team and the prospering environment it thrives in. Being able to successfully build international structures to transfer an already huge series like Farming Simulator into a self-published brand with new impulses, is not to take for granted. The great collaboration with our partners ensured a fantastic launch.”

The community is growing with the series

While GIANTS Software spanned and connected to a growing network of partners, the developer also connected players with each other: The availability of Farming Simulator 22 on PC, current-gen and last-gen consoles interconnected through cross-platform multiplayer brings more and more players all around the world together.

Boris Stefan, the acting Head of Publishing since April 2020, adds:

“The initial success of this first week and the great feedback we got from players proves Farming Simulator is going in the right direction. Our plan to lead and manage all aspects of publishing communications to achieve the company’s strategic goals was met“.

Farming Simulator 22 is available for PlayStation®5 (PS5™), Xbox Series X, PlayStation®4, Xbox One and PC. The game introduces players to the most extensive farming simulation to date, including new features like production chains forming agricultural empires and seasonal cycles bringing new challenges. A Year 1 Season Pass is available to extend the game with even more content in the future.