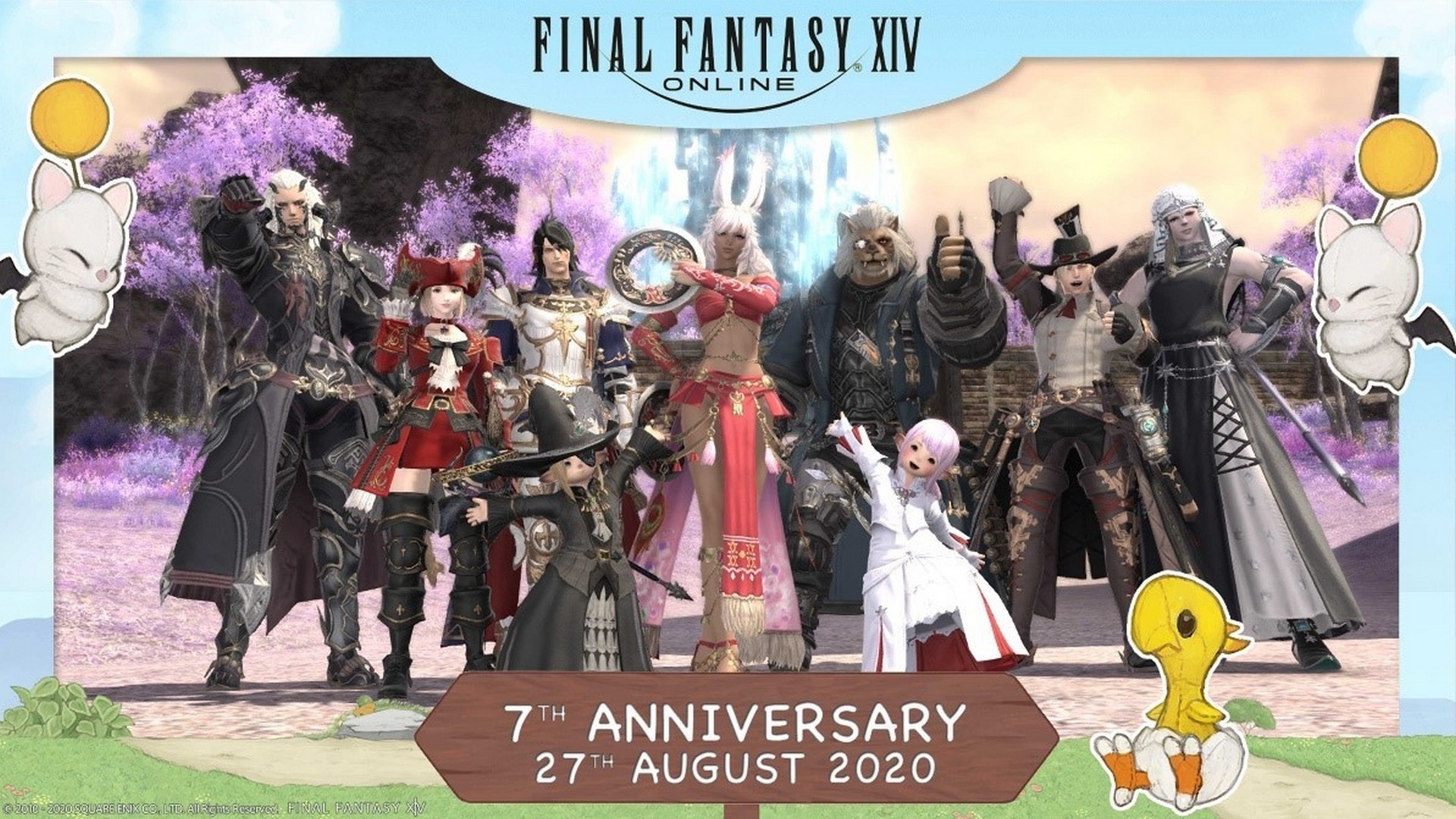 SQUARE ENIX® today announced that in celebration of the 7th anniversary of critically acclaimed MMORPG FINAL FANTASY® XIV Online, players around the globe will have the chance to receive a limited edition print of one of their fondest moments in-game.

From 10am BST, Monday 17th August / 7pm AEST, Monday 17th August, until 10am BST on Monday 24th August / 7pm AEST, Monday 24th August, players in select regions will be encouraged to visit the FINAL FANTASY XIV Online 7th Anniversary Digital Scrapbook site, where they can submit their favourite screenshot from the game and tell the tale behind it. The first 1,000 submitted from each region that meet the guidelines will have a commemorative border placed around them and be printed and shipped as high-quality photographs to the player free of charge.

The FINAL FANTASY XIV Online 7th Anniversary Digital Scrapbook site where images can be submitted can be found here: http://anniversary.finalfantasyxiv.com/

Additionally, the Top 10 photos from each region as chosen by the FINAL FANTASY XIV Online team will be gathered into a celebratory digital gallery, set for release on the anniversary itself on 27th August.

Players will be able to participate in this promotion regardless of which version of the game they own, meaning those who’ve just begun their adventure in the newly-expanded Free Trial can also get in on the action.

The participating territories and their allocations are:

Having recently announced 20 million total registered players, there’s never been a better time for newcomers to begin their adventures in the critically acclaimed FINAL FANTASY XIV Online saga. The recently expanded Free Trial now includes all content from A Realm Reborn™ and the Heavensward™ expansion (and updates through Patch 3.56), as well as an additional playable race (Au Ra), and three additional playable jobs (Dark Knight, Astrologian, and Machinist).