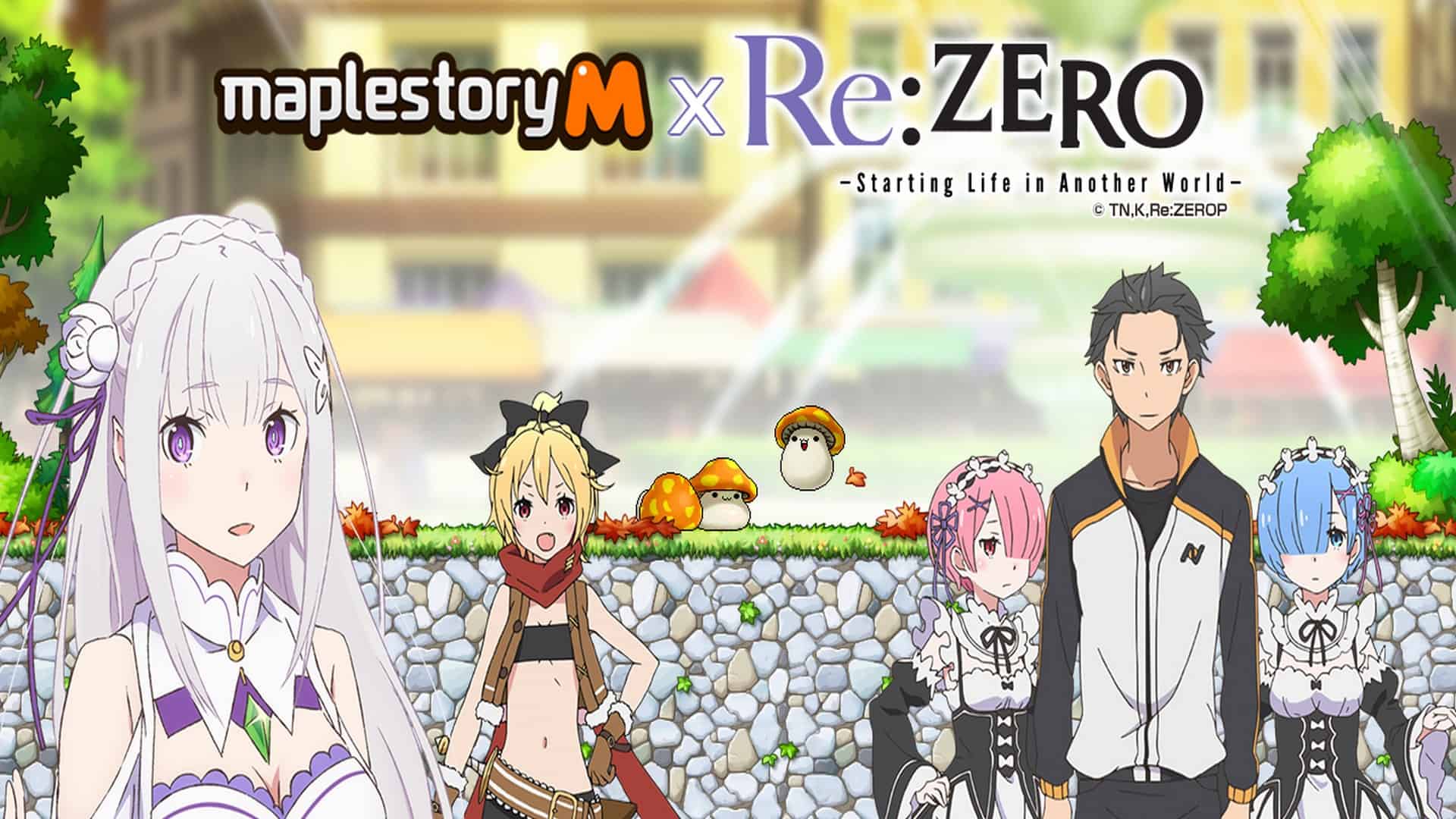 Through December 2, MapleStory M players will have 14 days to complete the Re:ZERO 7-Days Attendance Event that will net them a bundle of rewards, including Puck of Gift Boxes, Puck’s Hat, Re:ZERO Death Buff and Drifters of the Other World. Additionally, players can receive a special Re:ZERO title badge, buffs, auto battle tickets and more by collecting Emilia’s Insignia during the event period.

During the crossover, maplers can also visit the Cash Shop for a chance to pick up unique Re:ZERO themed items, including chairs, costumes, emojis and hats. These exclusive items are only available for a limited time during the event period.

To learn more about the MapleStory M Re:ZERO crossover event, visit the Google Play or App Store page and follow @PlayMapleM on Twitter for the latest updates.