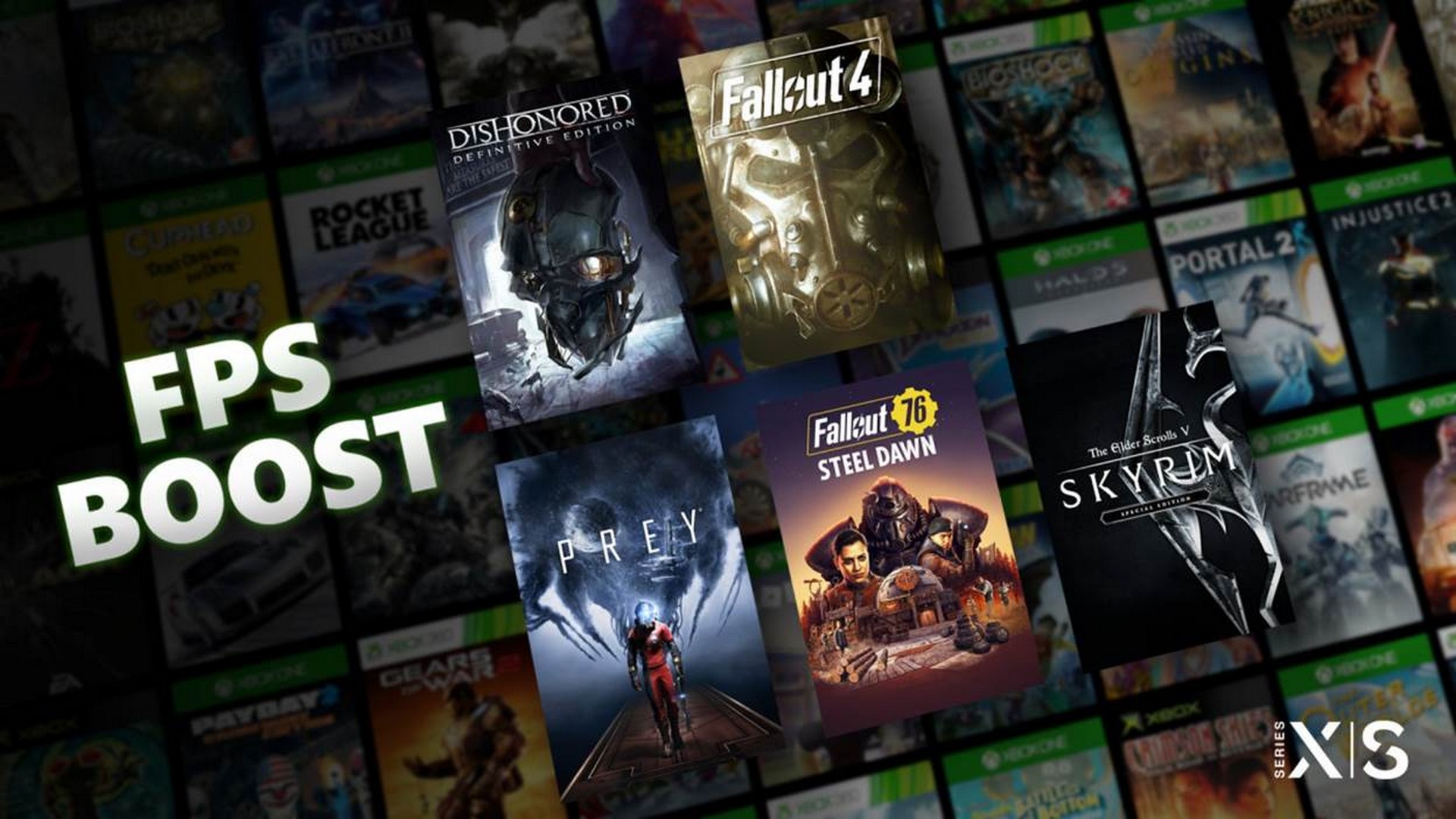 Hot on the heels of officially welcoming Bethesda’s world-renowned studios to the Xbox family, we’re excited to announce that five of the biggest titles from their vast catalogue of games – Dishonored: Definitive Edition, The Elder Scrolls V: Skyrim Special Edition, Fallout 4, Fallout 76, and Prey – will all be updated today to enable FPS Boost on Xbox Series X and Xbox Series S. And it’s not just owners of these titles that get to take advantage of FPS Boost; all these titles are available with FPS Boost for Xbox Game Pass members too.

As a reminder, FPS Boost employs a variety of new methods for nearly doubling the original framerate on select titles. Higher, steadier framerates make games visually smoother, resulting in more immersive gameplay. We partnered closely with developers to enhance the experience while maintaining the game’s original intent. And while not applicable to all games, these new techniques can push game engines to render more quickly for a buttery smooth experience beyond what the original game might have delivered due to the capabilities of the hardware at the time. For the five titles we’ve shared today, gamers can expect to see an increase from 30 fps to nearly 60 fps while enabling FPS Boost.

In some instances, because there are higher graphics requirements to enable FPS Boost technology, we’ve had to reduce a game’s resolution to ensure it both runs smoothly and plays great. In those select cases, such as Fallout 4 and Fallout 76 in this latest title announcement, FPS Boost is not automatically enabled for Xbox Series X gamers. For all titles receiving this update, gamers will see a clear indicator if a title is running FPS Boost.

At Xbox, we’re all about giving you the choice in how you want to play your favourite games, whether in its original form or with FPS Boost and/or Auto HDR. As we also detailed a few weeks back and included as part of our March Platform Update, you can now go into the “Manage Game” section for any enhanced title, where you’ll see the new “Compatibility Options” button that will allow you to toggle FPS Boost and Auto HDR “on” or “off.”

To see if the game you’re playing is running FPS Boost or Auto HDR, you can also now just tap the Xbox Button on your controller while in the game and you’ll see a Guide overlay indicator in the upper right corner if the features are enabled or not. To experience FPS Boost for these iconic Bethesda titles, and to be able to toggle the feature on and off, make sure your console has taken the latest update and you’ve rebooted your console. After that, you’re good to go.

We’ve got more titles that will support FPS Boost to announce in the coming weeks, so stay tuned for the latest and greatest.