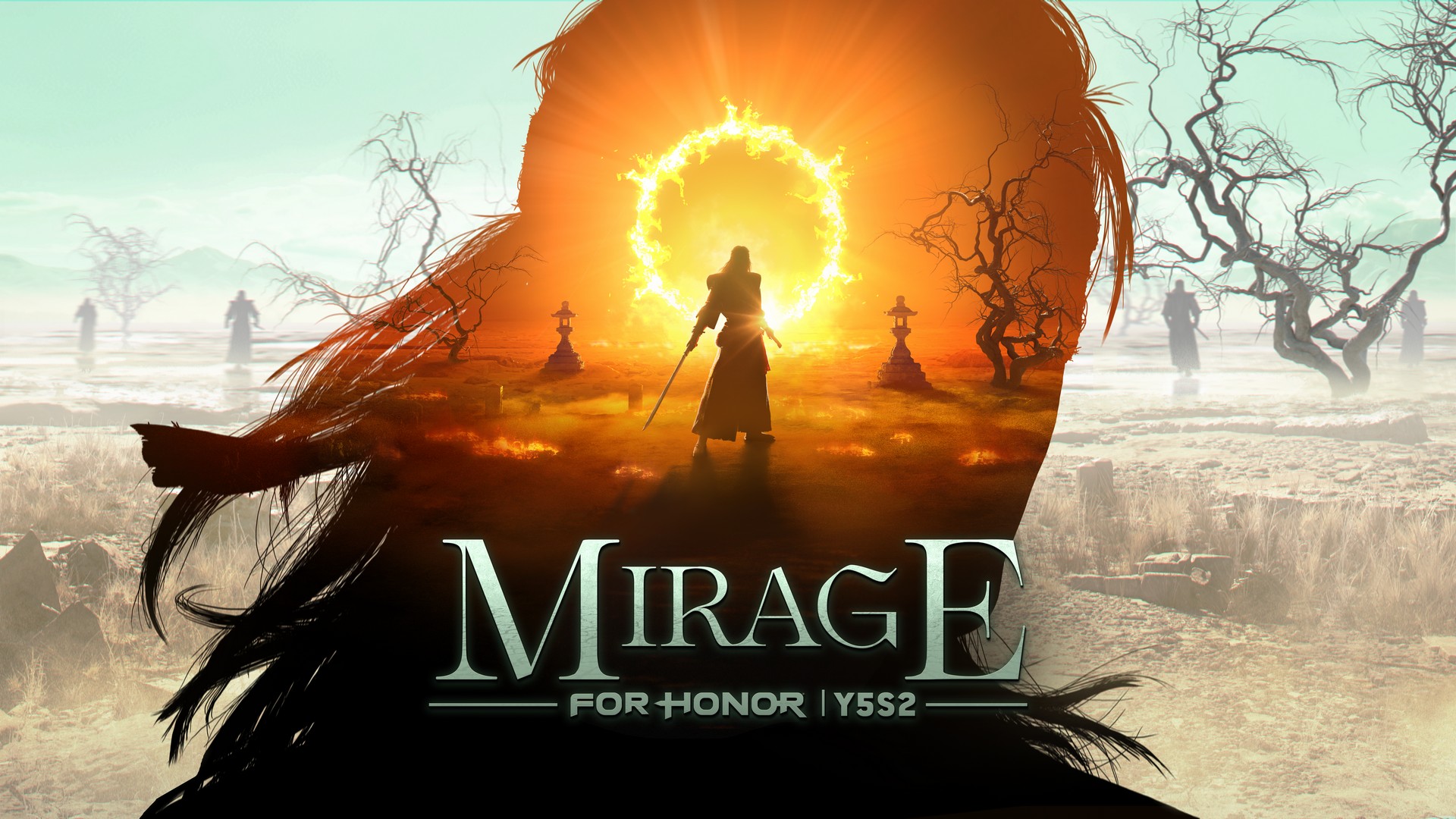 Today, Ubisoft announced that For Honor Year 5 Season 2 Mirage will be available on June 10. As seen in the trailer released today, a new hero will be joining For Honor’s Samurai faction later this season, following the TU2 update.

For Honor Year 5 Season 2 brings an intense drought to Heathmoor after a period of abundance and celebration. Vegetation and water used to keep the legendary Kyoshin Temple in the Myre hidden from all, but now the temple has lost all its protections. While warriors try to survive and find water for their clans, they are seeing mirages and hallucinations due to the heat and lack of water. Some are even clashing with strange Samurai who seem to possess unknown capabilities.

Beginning June 10, a limited-time in-game event, Visions of the Kyoshin, will have players fighting for resources in the Kyoshin Temple with new special variables in the Temple Garden. A free event pass will be available with an ornament, a mood effect, and a battle outfit along with lootable weapons.

Along with this event, Year 5 Season 2 Mirage launches with drought-affected versions of the Temple Garden, Forest, Belvedere, and Highfort maps. For AUD$14.95, players can purchase a Battle Pass with premium content including a new execution and paired emote.