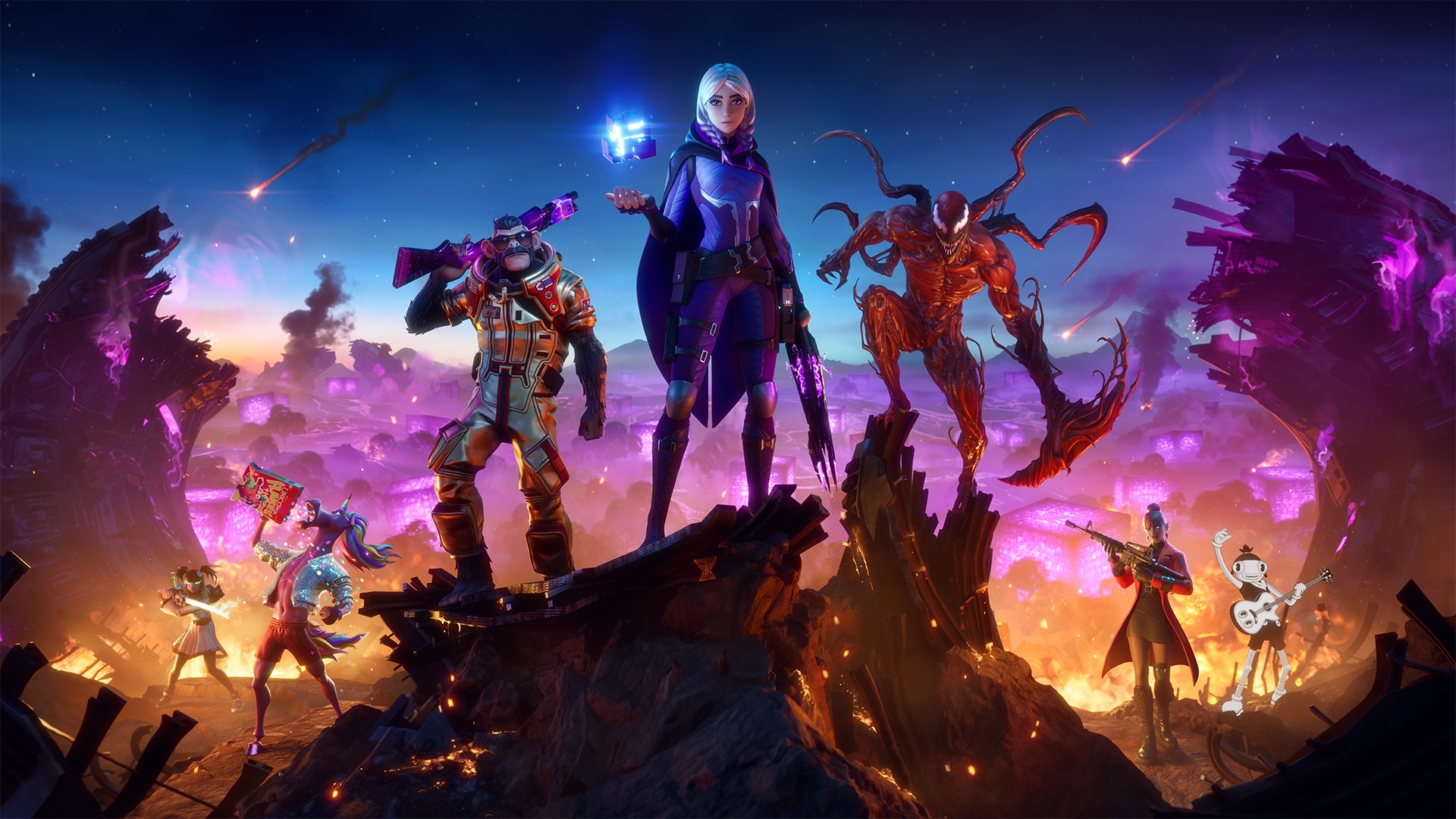 Watch the Chapter 2 Season 8 cinematic trailer and learn more about the new features below.

“The Sideways” is a dark, monster-filled reality where gravity is low and building is hindered. These new Cubes are not only spreading corruption, but they’re also spreading portals, known as “Sideways Anomalies”, to this mysterious world and causing The Sideways to bleed into our world. To fight these Sideways Cube Monsters after entering an Anomaly, players can fortify themselves with Sideways weapons such as the Sideways Rifle and Sideways Minigun.

Certain points of interest (POI) will also be altered by The Sideways in each match — these altered areas are called Sideways Zones. Collecting Cube Monster Parts will allow players to upgrade Sideways weapons. Revving a Sideways weapon to its superpowered state will deal bonus damage, having them close to overheating for extra effectiveness.

Players are encouraged to join and help direct the war effort against The Sideways in Season 8, coming together to donate Bars to construction sites for Turret Stations. In the future, players will be asked to decide which new weapons to develop, unvault and more. The Automatic Sniper Rifle and Harpoon Gun also return in Season 8. Players can continue to use Nuts & Bolts to upgrade weapons, such as transforming the Lever Action Shotgun into the pressurised Charge Shotgun.

Concentrated mostly around the crashed wreckage of the Mothership, the Cubes have a corruption effect on the nearby environment. Shadow Stones, which can be found scattered amidst the rubble, will allow players to temporarily become a shadow-like apparition to dash around obscured, and Shadow Floppers can be pulled from the water and consumed.

Players can speak with residents on the Island to accept Punch Cards full of missions to complete, with new missions being added throughout the Season.Party Quests appear in player’s logs daily and reward Bars to everyone in the party who helped out.