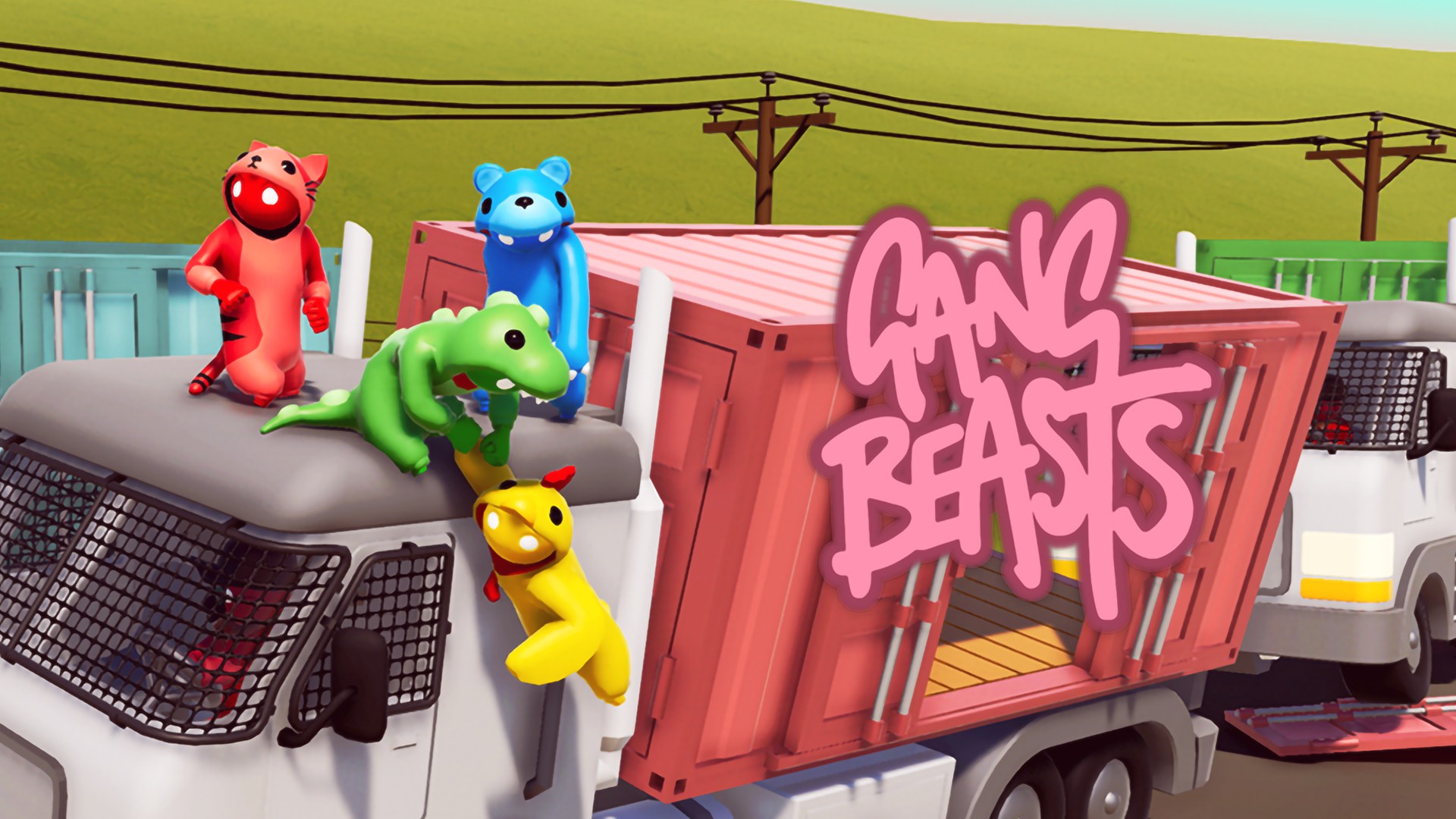 Gang Beasts is a multiplayer party game set in the mean streets of Beef City with surly gelatinous characters, brutal slapstick fight sequences and absurd hazardous environments. Players customise their character and fight locally and online against other players in the melee game mode or fight with friends against the gangs of Beef City in gang game mode. Gang Beasts includes 21 hazardous stages, hundreds of colourful costume customisations and multiple local, online, and local wireless multiplayer game modes for up to eight players.