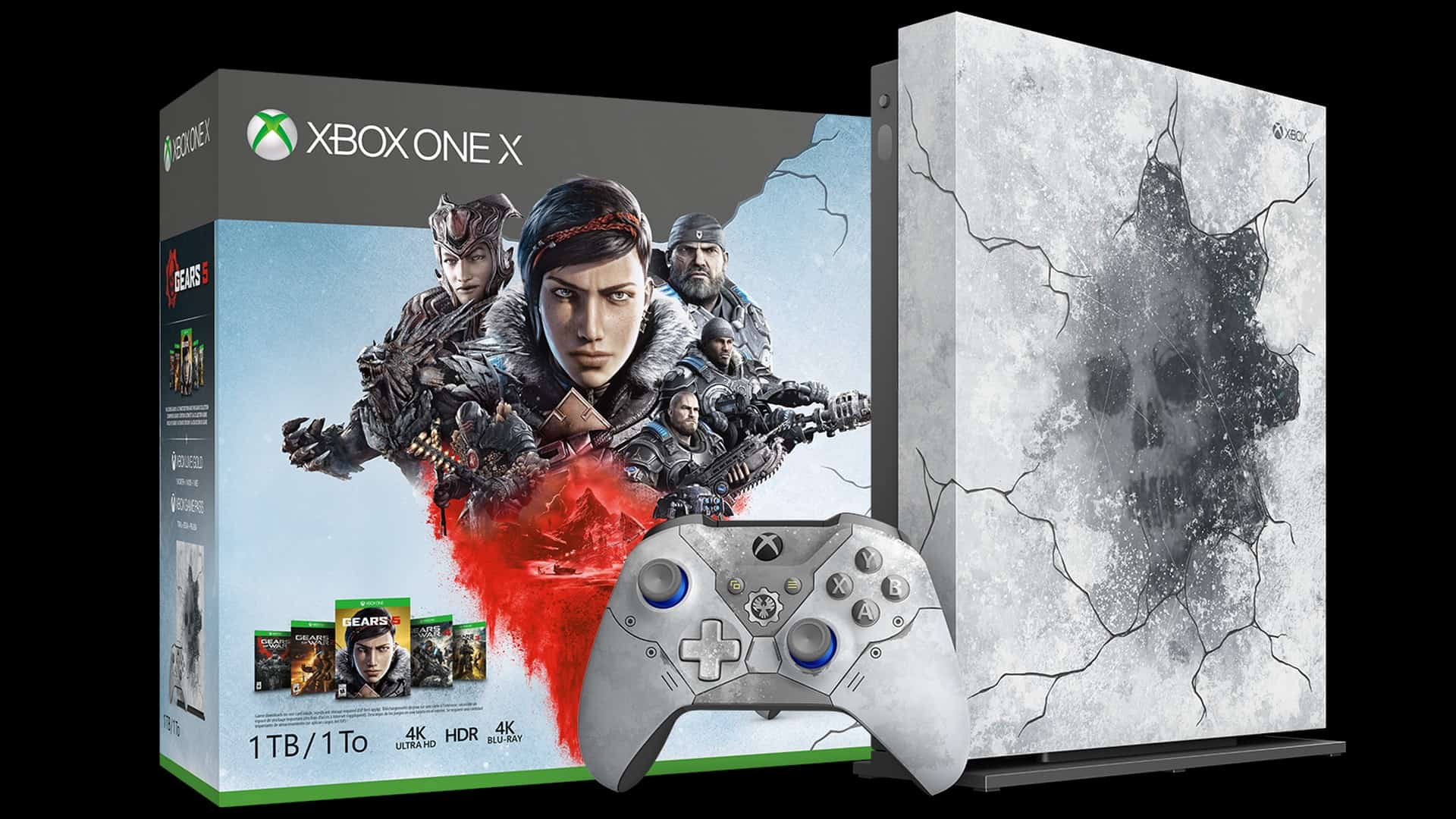 With Early Access beginning a month from today you don’t have long to wait to get your hands on the biggest Gears ever. To celebrate, we’re excited to announce a suite of custom Gears 5 hardware, including a stunning Limited-Edition Xbox One X console and controller; a headset, wireless keyboard and mouse from Razer (for console and PC); and external hard drives from Seagate.

The new controller is compatible with the Xbox One family of devices and includes a 3.5mm stereo headset jack and Bluetooth technology for playing on Windows 10 PCs and tablets. This controller will be available on August 20 and can be pre-ordered today at Microsoft Store and select retailers. It also comes with a bonus in-game Ice Kait Character Skin which will be available for use when the title launches on September 10. The Gears franchise is famous for its competitive and versatile multiplayer experience, and Gears 5 continues that tradition by offering five thrilling modes. The best multiplayer sessions across these modes call for the best immersive audio experience like the Razer Thresher for Xbox One – Gears 5 Edition wireless headset. With Windows Sonic for virtual surround sound for superior positional audio along with a lag-free wireless connection and digital microphone for crystal clear communication, the Razer Thresher for Xbox One – Gears 5 Edition headset provides a high-quality audio experience, so your game-winning callout to clinch the match with a Gnasher elimination doesn’t go unheard. A bonus in-game item and Lancer weapon skin will also be included within the Gears 5 Edition headset. The Razer Thresher for Xbox One will be available in September, more details come. PC gamers know that a mouse and keyboard can be the difference between life and death out there on the ravaged landscapes of Sera, and our friends at Razer are here to help with a new Gears 5 inspired keyboard and mouse. That’s where the world’s first wireless keyboard and mouse designed for Xbox One comes in with the Razer Turret for Xbox One – Gears 5 Edition and Razer Thresher for Xbox One – Gears 5 Edition. Get incredible precision on a ten keyless keyboard with an inbuilt mouse mat, paired with a mouse featuring the acclaimed Razer 5G Advanced Optical Sensor. It’s the one-device solution for advanced gaming — on the couch. With a 2.4 GHz Wireless Connection with Adaptive Frequency Technology and a single unified dongle for stable wireless transmission and performance and featuring an Xbox Dynamic Lighting and Razer Chroma™ to light up your living space, this keyboard and mouse will ensure you’re well equipped to survive on Sera. A bonus in-game item and Lancer weapon skin will also be included within the Gears 5 Edition headset. The keyboard and mouse will be available in September, more details to come. With Xbox Game Pass Ultimate (your existing Gold/Game Pass memberships will upgrade to Ultimate at a conversion ratio; see xbox.com/gamepass for more details), get all the benefits you know and love of both Xbox Game Pass (at select retailers) for Console, Xbox Game Pass for PC and Xbox Live Gold, including access to over 100 great games for console and PC and the most advanced multiplayer network for AU$15.95 per month.

Next month, Gears fans will descend upon Sera to help Kait uncover her connection to the enemy and discovers the true danger to Sera – herself, but that doesn’t mean they have to go in alone. With Xbox Game Pass Ultimate, players can squad up four days early (September 6) and play through five thrilling modes and the deepest campaign yet.

Preorders begin today at select retailers worldwide, including a Microsoft Store near you and online.

For more information on Gears 5, stay tuned to Xbox Wire